Adam Gaubert was killed in the line of duty as a master trooper after 19 years of service in the Louisiana State Police. 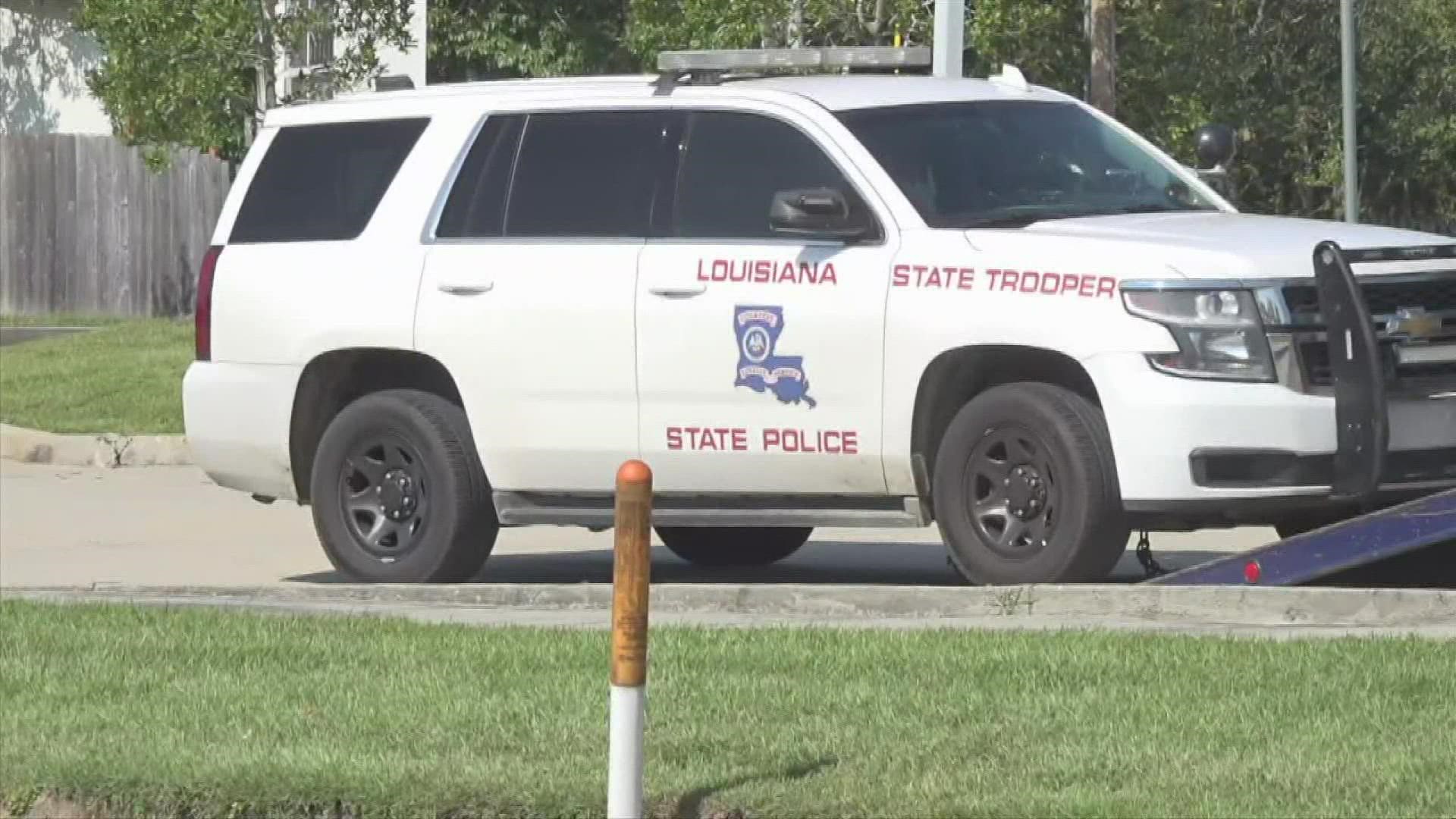 BATON ROUGE, La. — A member of the Louisiana State Police was shot and killed Saturday in Ascension Parish, allegedly by a man suspected of a crime spree across multiple parishes that ended after a day-long manhunt.

Adam Gaubert was killed on duty as a master trooper after 19 years of service in the Louisiana State Police.

The trooper was found dead in Ascension Parish during the manhunt for 31-year-old Matthew Mire on Saturday. Louisiana State Police say Mire shot and killed Gaubert in his patrol vehicle sometime Saturday morning, near the end of his spree.

In a press conference, Monday Louisiana State Police Col. Lamar Davis said that Gaubert had completed a crash report near the Capital One Bank off Airline and Jefferson Highway around 2:21 a.m.

Investigators believe Mire ambushed Gaubert shortly after, killing him in his patrol vehicle.

Another trooper found Gaubert around 5 p.m. Davis said the time between the murder of Gaubert and when he was found was unacceptable.

Law enforcement agencies across several parishes worked with LSP in a manhunt that began Saturday morning to find Mire, who is accused of breaking into two homes in separate parishes and opening fire, fatally striking one woman and injuring three other people.

Police say Mire shot two people near French Settlement in Livingston Parish, then stole a truck and drove to Prairieville.

Our partners at The Advocate report that the two people he allegedly shot in Prairieville were relatives, but their exact relationship with Mire remains unclear. One of those victims, 37-year-old Pamela Adair, died at the hospital from her injuries.

Police say he is also suspected of opening fire at an LSP trooper trying to pull him over in East Baton Rouge Parish. That trooper was reportedly trying to pull over the truck Mire was allegedly driving for a traffic violation around 5 a.m. Saturday.

It's unclear if the trooper trying to pull him over knew he was driving a stolen vehicle or that the driver had any connection to the pair of shootings earlier in the night. The trooper wasn't injured in the shooting, but Mire was able to escape into some nearby woods, ditching the truck.

Hours later, around 10 p.m., he was captured by law enforcement officials.

"Listen, you don't get him to come out," Webre told a reporter during a press conference Saturday evening. "You go in there and get him. He didn't come out. He ran all day long. With the information that we had, with the number of personnel in the woods, with support from the air, support from the ground, support in the water— We were able to flush him out. He didn't give up. We had to get him."

"We don't know why this guy shot five people and tried to shoot a sixth,"  Webre said.