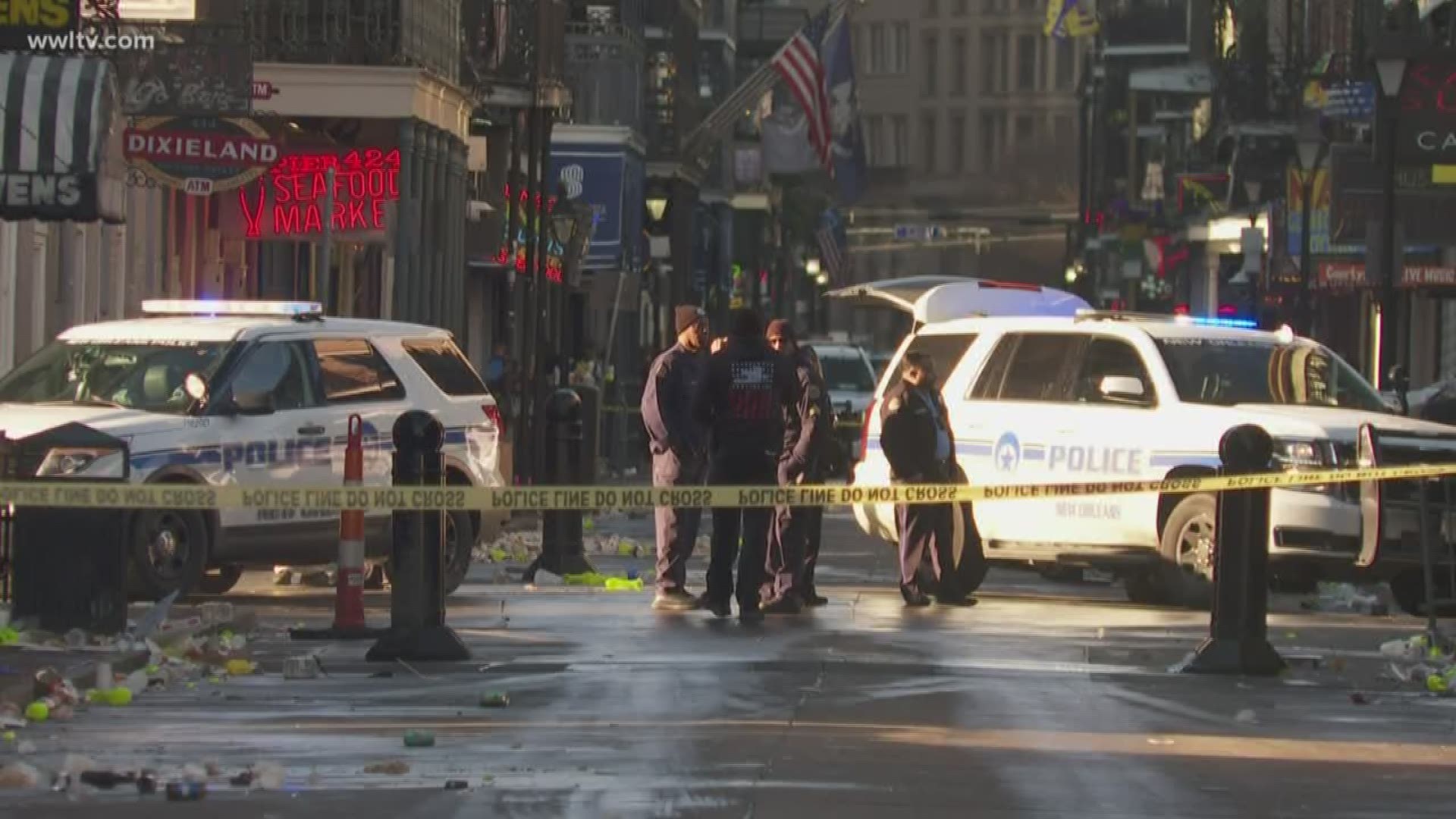 NEW ORLEANS — A man was shot by police officers in the French Quarter near a high-traffic intersection Saturday morning, NOPD officials said.

The shooting took place near the intersection of Bourbon and St. Louis streets shortly before 7:40 a.m.

Police Chief Shaun Ferguson said four officers responded to reports of a man "pointing a weapon at various people throughout the French Quarter."

They found the man on the street and approached him.

During the confrontation with the man, three of the four officers fired their guns, Ferguson said.

Ferguson gave an update later Saturday saying the man was in surgery for a gunshot wound to the chest.

New Orleans police officers were seen taping off a section of St. Louis Street shortly after the shooting. Ferguson said the crime scene extends from the 400 to the 500 block of St. Louis Street. He did not have an estimate for when the road would be clear to traffic.

"We will be out here for quite some time," Ferguson said.

The police department posted about the incident on Twitter an hour after the shooting, saying they were working a "signal 108" in the area. A signal 108 is NOPD shorthand for "officer needs assistance, life in danger."

It is unclear if the officers involved in the shooting wore body cameras, or if they were recording during the encounter.

NOPD officers responded to the incident. It is unclear if NOPD or Louisiana State Police, who regularly patrol the French Quarter, will lead the investigation.

Stay with Eyewitness News for more on this breaking story.

RELATED: Vine successor Byte launches on Android and iOS, will it take down TikTok?