Man, woman shot in car on I-10 near High-rise

The shooting closed the interstate in both directions for more than 3 hours Thursday night. 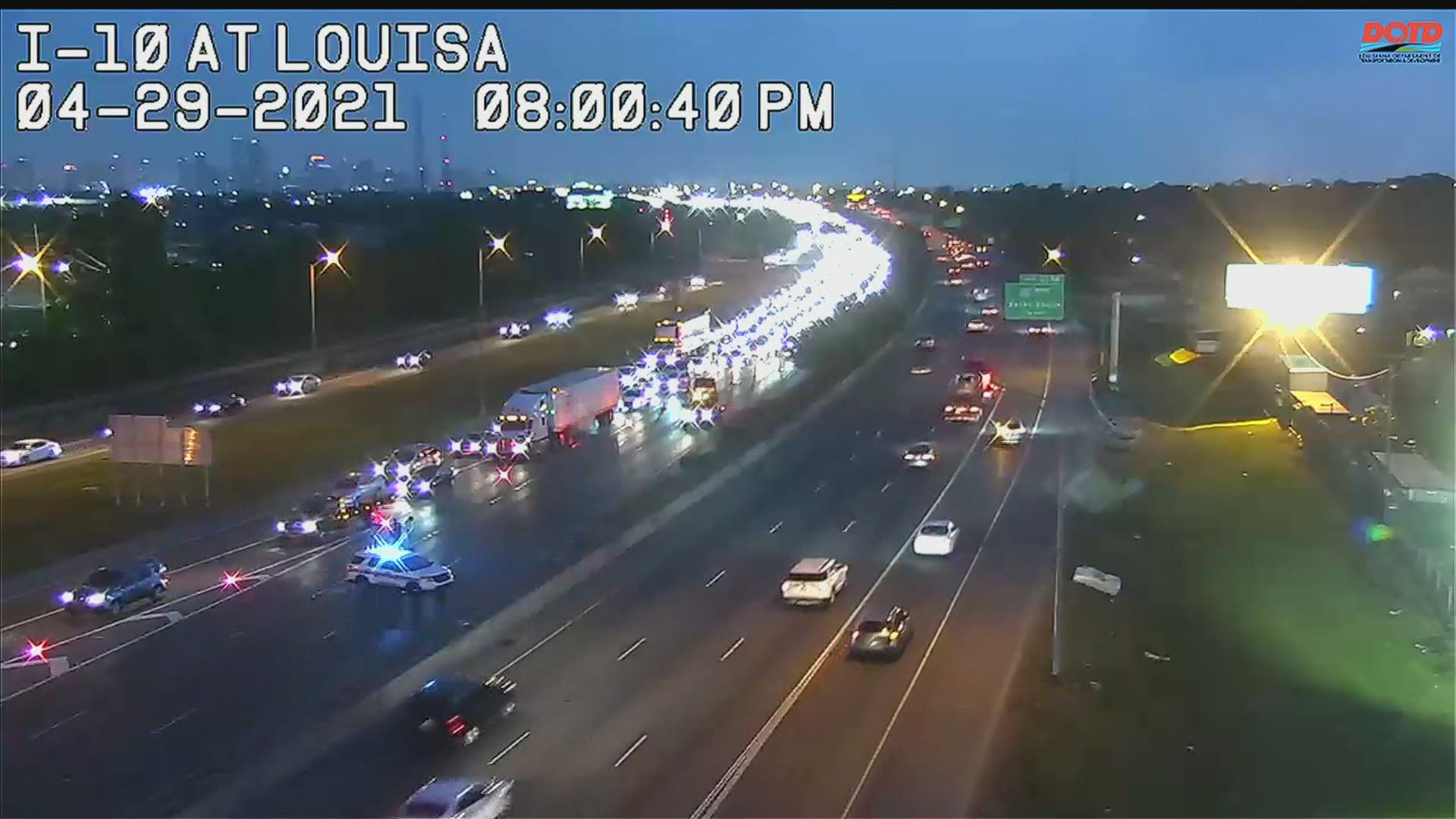 NEW ORLEANS — A man and a woman were injured after being shot while driving in a car on I-10 near the high-rise on Thursday night.

The shooting left I-10 near the Louisa exit closed in both directions shortly after 7 p.m. until just before 11 p.m.

According to the NOPD, the victims were taken to the hospital by EMS and there was no immediate word on their condition.

The shooting came about 90 minutes after a shooting left someone dead in New Orleans East on the service road.

Anyone with information on either shooting is asked to call Crimestoppers at 822-1111.

Eyewitness News has a crew on the scene and will update the story as more information becomes available.