The driver allegedly led deputies on a pursuit along the Westbank Expressway between Ames and Barataria Blvd., ramming into several units during the event. 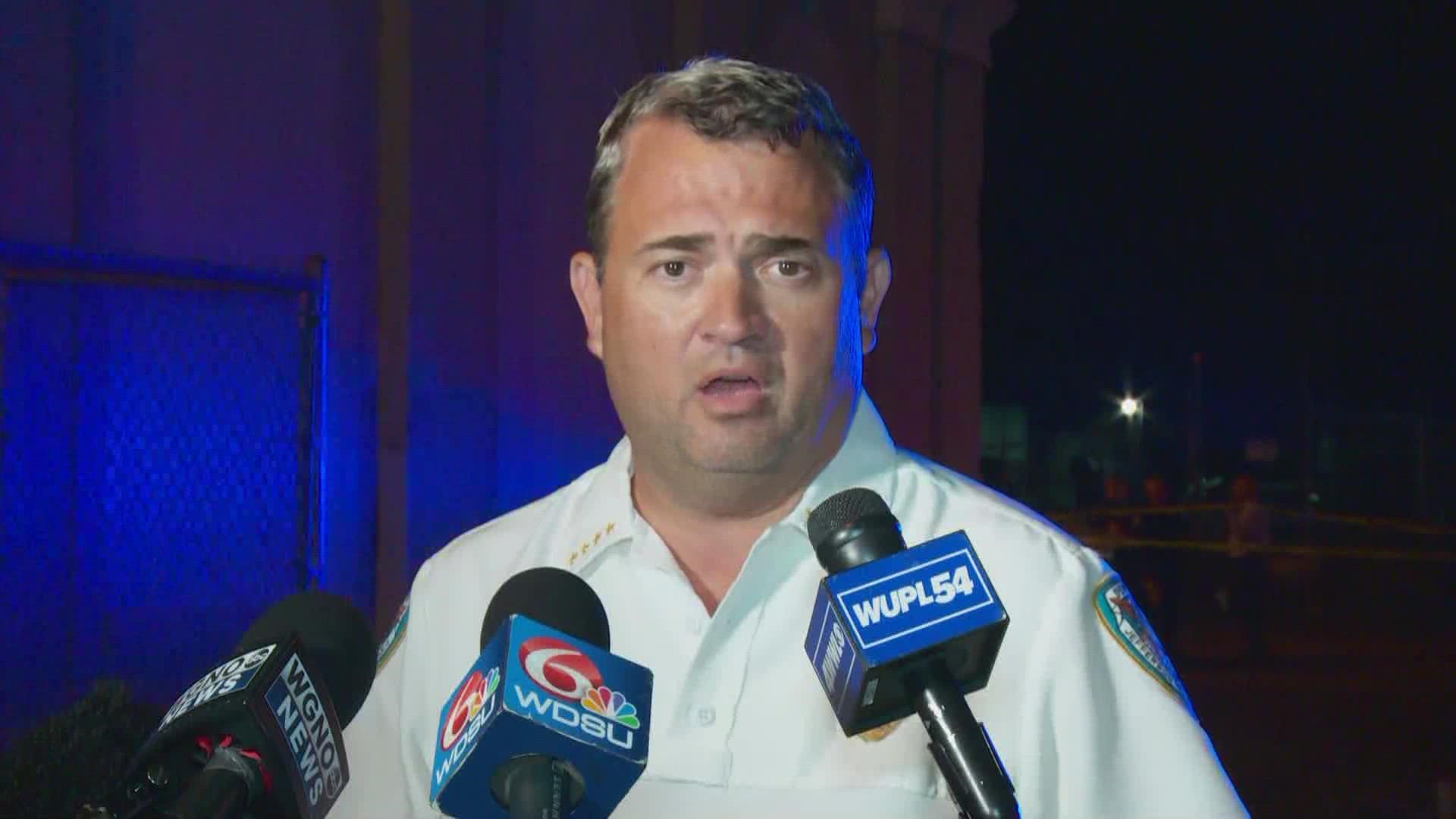 MARRERO, La. — The Jefferson Parish Sheriff's Office identified the burglary suspect responsible for leading them on a chase through Marrero Thursday night that ended after he rammed at least one marked unit while multiple deputies shot at him.

The violent confrontation reportedly started after a series of incidents at several Marrero businesses during the night but witnesses saw Boudoin leaving the last location:

According to Sheriff Joseph Lopinto, deputies were responding to businesses that had been broken into when one deputy noticed a vehicle that looked like the one involved, reportedly with a stolen item on the back of it.

During a late-night press conference, Lopinto said during an attempt to pull the driver over, the Boudoin put the vehicle in reverse, ramming into one of the police units, fracturing one deputy's hand. At this point, deputies reportedly opened fire for the first time. At least one deputy fired off a shot before he sped off.

Marlon Boudoin then allegedly led deputies on a pursuit along the Westbank Expressway between Ames and Barataria Boulevard, ramming into several more JPSO units during the chase.

According to Lopinto, multiple deputies began to shoot at him at multiple points during the chase.

In an email, JPSO officials clarified their claim that the gunfire was a response to repeated attempts to ram deputies involved in the response.

"At least one deputy fired at the driver. There were multiple interactions between the driver and deputies, and more than one incident where deputies responded to the driver’s attempts to ram them with gunfire," the email reads.

The chase but continued down Marrero Road, onto and down the train tracks before ending on Barataria Blvd and Fourth Street, where deputies took him into custody.

Lopinto said Boudoin did appear to have minor gunshot wounds but was walking and alert while being transported to the hospital by EMS. He was listed in stable condition.

No officers were shot during the incident.