Shaken Baby Syndrome: when a caregiver violently shakes a child, causes bleeding in the child's brain, which can lead to permanent brain damage or death. 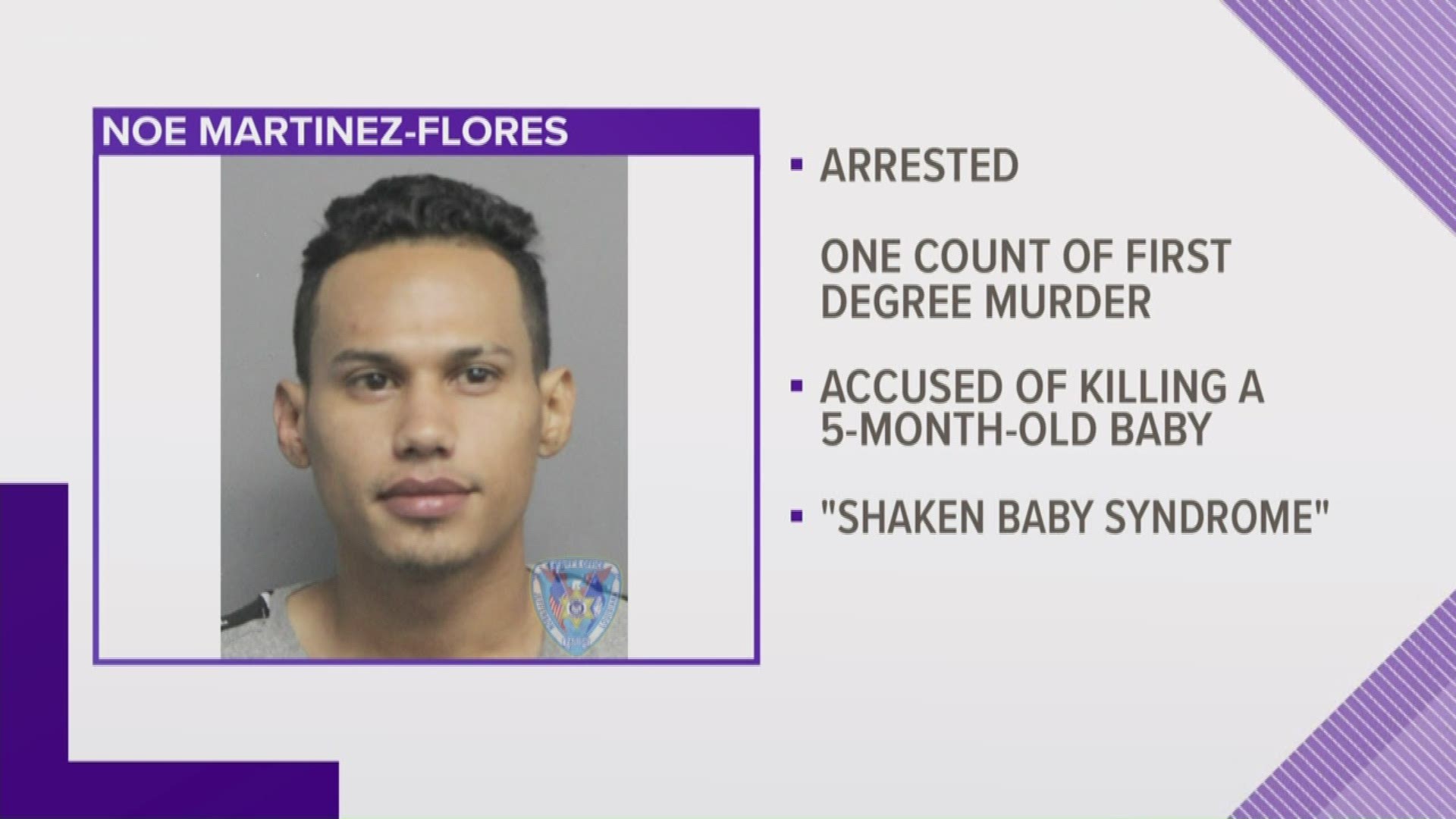 METAIRIE, La. — A Metairie man accused of killing a five-month-old infant was arrested Tuesday, six days after allegedly shaking the baby hard enough to cause bleeding in his brain.

Noe Martinez-Flores, 23, was arrested on one count of first-degree murder after his girlfriend's baby died. The baby was hospitalized Sept. 18 and died as a result of injuries consistent with shaken baby syndrome, according to the Jefferson Parish Sheriff's Office.

Deputies originally responded to the 900 block of Aurora Avenue in Metairie after a 911 call about an unresponsive infant. They performed CPR while taking the baby to the hospital, where he was stabilized and taken to another hospital for specialized care.

Investigators were told Sept. 19 that the injuries appeared to be shaken baby syndrome. The injury usually occurs when a caregiver violently shakes a child, causing bleeding in the child's brain, which could result in permanent brain damage or death.

RELATED: These parents had no clue they were living in a former meth lab, now the mom-to-be has tested positive for meth

After the baby's Sept. 21 death, an autopsy was performed. When the results came back two days later, the coroner ruled the death a homicide.

After additional interviews with family members, Martinez-Flores was arrested Sept. 24. Investigators said they do not think the mother was in any way responsible for the child's injuries.