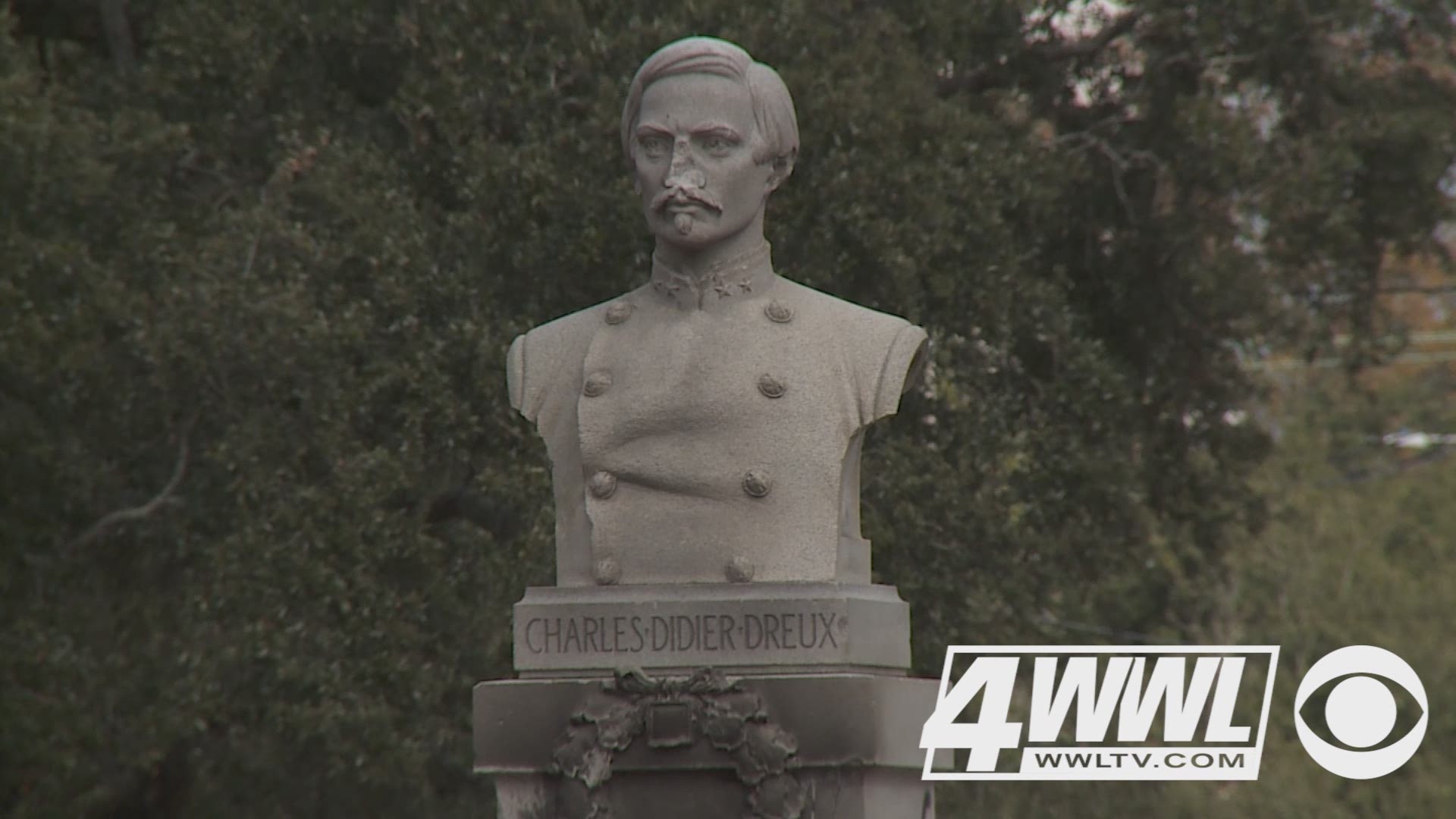 NEW ORLEANS – A memorial to a Confederate officer in Mid-City was vandalized a little more than a year after the first of four Confederate monuments were removed.

Vandals wrapped a white cloth around the bust of Col. Charles Didier Dreux and spray-painted vulgarities on the monument's base.

Tuesday’s vandalism was not the first time the statue has been defaced. Last year, vandals chiseled off the nose of from the statue and sprayed red paint on the bust.