The victim, a 40-year-old mother of three, was shot and killed in a triple shooting in Mid-City 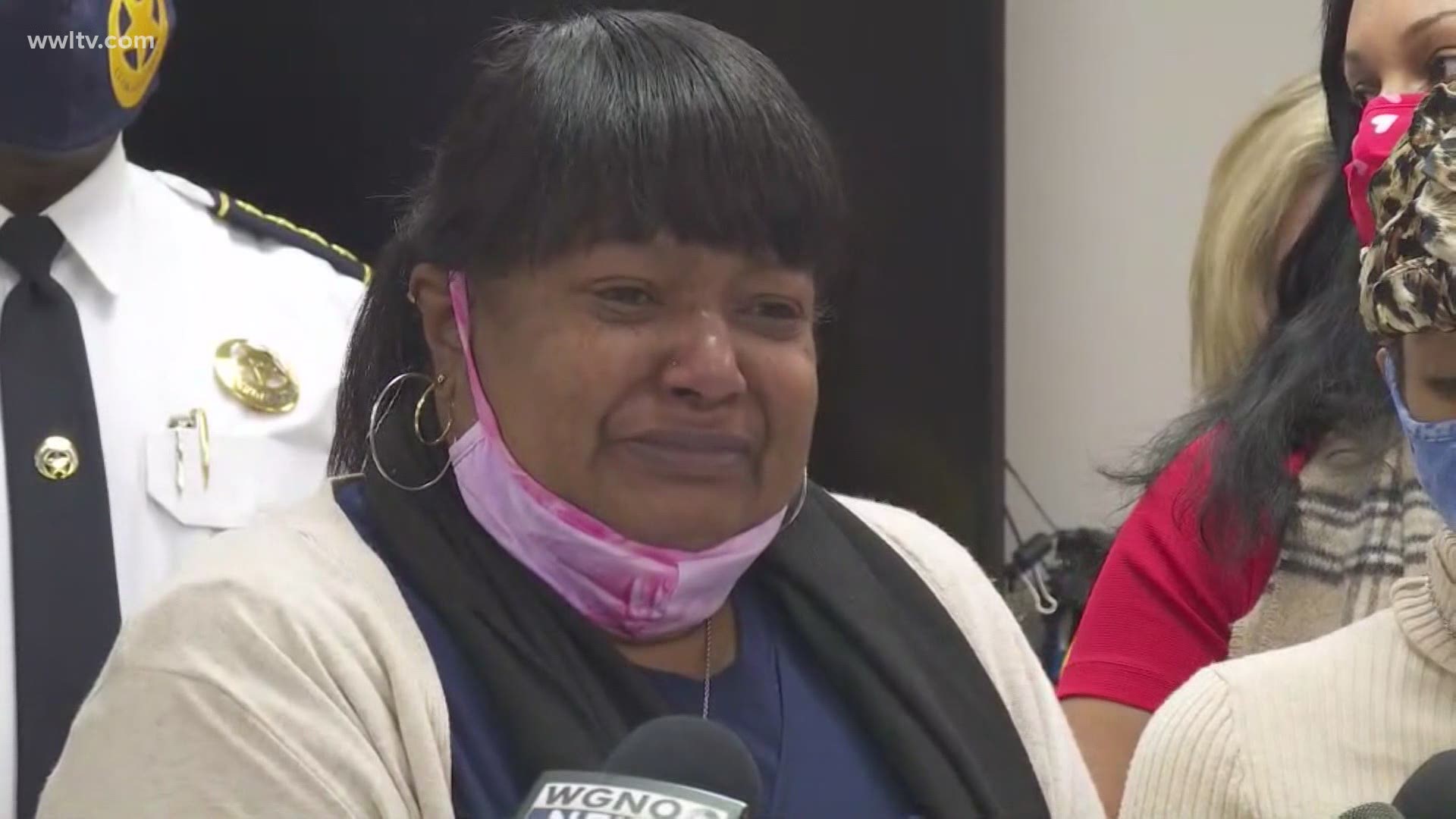 NEW ORLEANS — A mother is begging for answers after her daughter was randomly shot and killed in Mid-City. Crimestoppers announced Wednesday a $10,000 reward for any information that leads to an arrest and indictment in the case.

"This has to stop, we have to stop, at what point is enough is enough?" asked colleague, Gian Durand. "Ilia was murdered at her job caring for her client for 7 years. She was killed in front of him, her grandchild was there."

The senseless murder of Ilia Henderson, has left those who knew her with anger, sadness, and heartbreak.

The 40-year-old worked as a personal care assistant. A month ago, while with her patient on his front porch, shots were fired nearby. Henderson, who wasn't the intended target, was hit and killed. Her mom, Florita Lazard, says that day her world crumbled.

"It hurts me, to have to stand up here," she said. "Because I lost my daughter to a senseless shooting."

At a press conference Wednesday, Lazard let her pain show. At one point she clung to Durand, saying it was too hard.

"She did everything for me," she said. "And my age I have to learn to do it, so please somebody I'm begging, help me to have closure."

With an increase in reward, and new police photos of the gunmen's vehicle, family and friends are hoping that will help get them closer to an arrest.

And as they mourn the loss of this mother, daughter, and friend, they're asking for any sort of help, so their shattered hearts can slowly be put back together again.