Mothers seek justice for the unsolved deaths of their sons 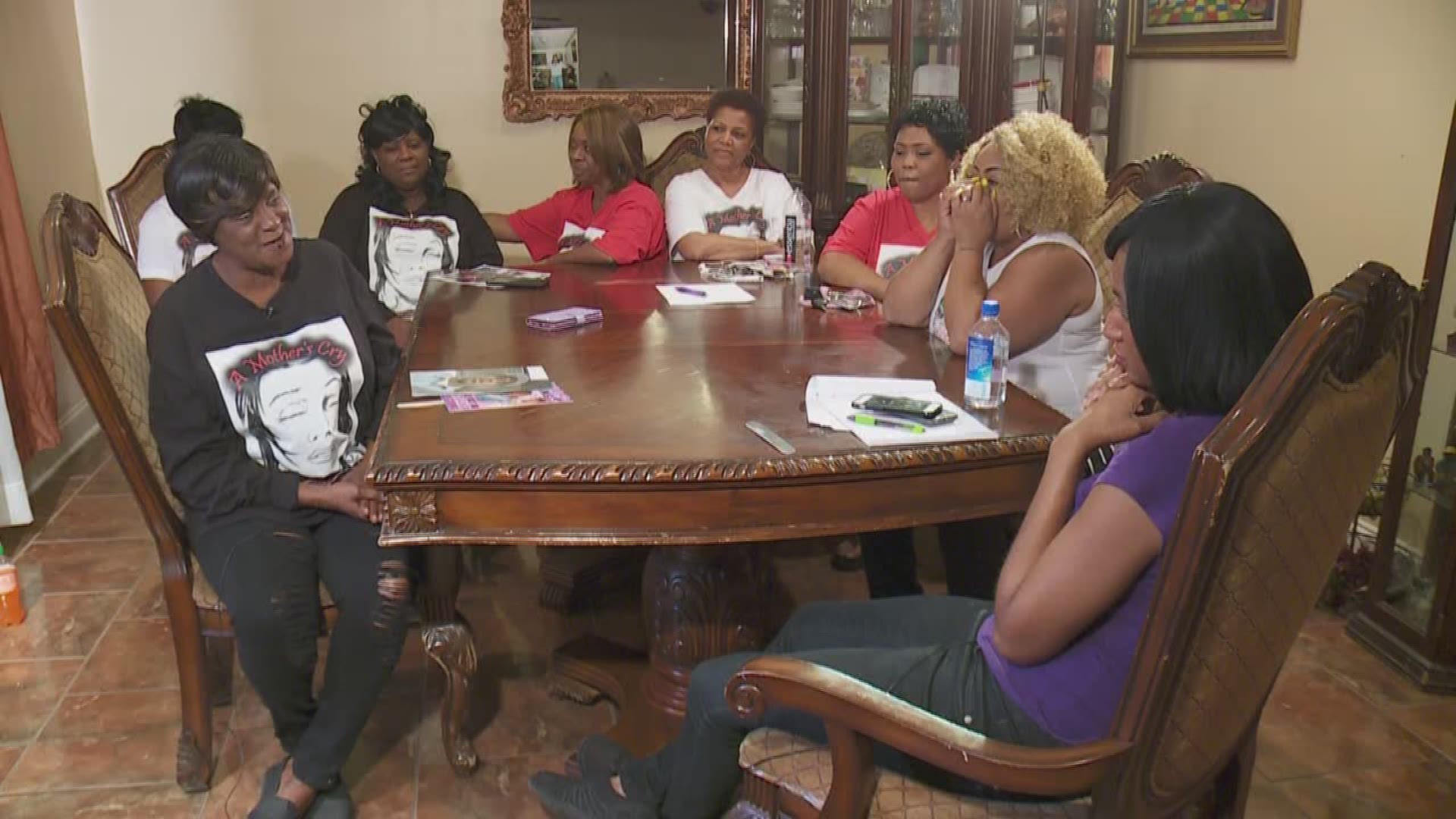 MARRERO, La.- Huddled together, a group of women hold hans, sending up prayers and hoping for closure.

"His death has devastated our family," Marilyn Shaw said.

On January 24, 2016, Shaw's son was shot and killed on Federal Street in Avondale.

"When I got there and I saw my son, stretched out on the ground, I just couldn't believe it and I dropped to my knees," Shaw said.

Cody Wright's death remains unsolved. Each day without her son for Shaw is almost too much to bear. Shaw believes same men Wright hung out with that night know who is responsible.

"Six people were on the scene, January 24. Two of the 6 shot at him and took his life while he laid there, they kicked him in the face! They punched him in his mouth. But these same people I see every day, and law enforcement refuses to bring them to justice. Why?" Shaw said.

Michelle Jackson is going through a similar pain. On January, 4, 2015 Jackson says her son Walter Jackson was shot 15 times on the 2800 block of Palmyra and South White streets.

"They shot him down like an animal sitting in a car," Jackson said.

So far, Jackson says no one has been arrested or charged.

"No one wants to say nothing. No one heard nothing. Somebody out there knows something," Jackson said.

Now these mother's rely on each other. Jackson created a group called " A Mother's Cry," where women who have lost their children to gun violence in New Orleans can help one another through their grief. But sometimes, even that is not enough. All they wish and pray for every moment is for someone to come forward.

"It's not just me going through this," Jackson said, "There are mother's out there who don't have justice."

"You can be silent. You can talk about a snitch. But don't think it won't come knocking on your door. Because it will."

If you have any information on these shootings, please call New Orleans Police Department or crime stoppers at (504) 837-8477. Callers can remain anonymous.