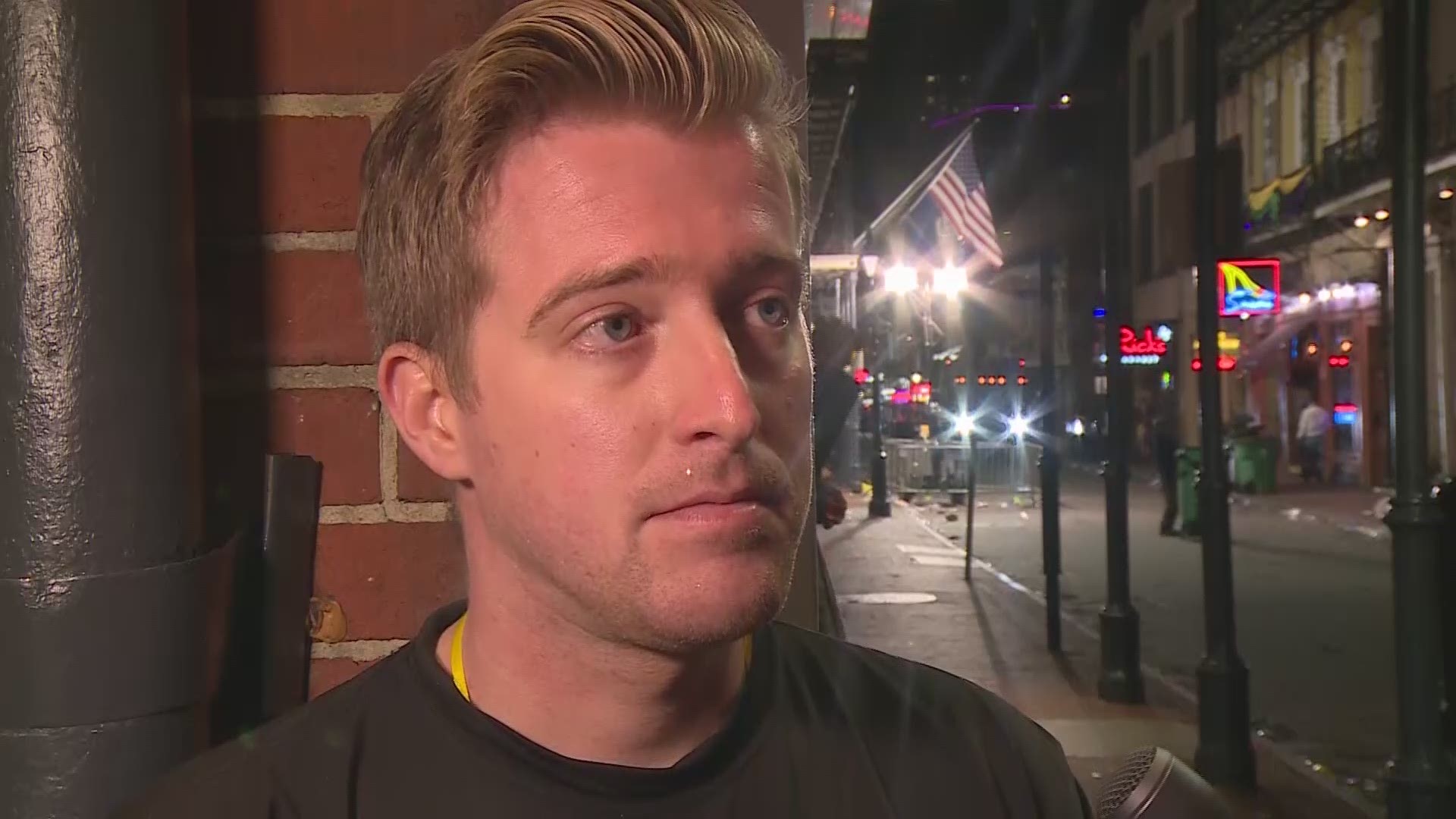 When the shots rang out on Bourbon Street Sunday morning, David Williams was just steps away as a customer was being removed from Willie's Chicken Shack by a security guard.

"I was standing right here where we are standing at and I saw security guard, he had an issue with the guy at the bar... they were struggling for a weapon," Williams said.

"They were kind of falling over and that's when the shots happened, when they were falling over," he said.

A woman was shot. The suspect was injured and the security guard was hit in the neck.

"I went to the guard, I grabbed him by the neck. I was actually holding him," Williams said. "It was a through and through, he's really lucky. He was really close to being dead."

The female victim, 36-years-old, would not have the same luck.

RELATED: 1 dead, 3 injured in shooting on Bourbon St. after suspect gets gun from security guard

Williams said NOPD officers were there within seconds.

"They were there as soon as it happened, they grabbed the guy. As soon as he fell on the ground I pushed over the gun to the cop and the cop grabbed it," Williams said.

An active Army National Guard soldier from New Orleans but stationed in Houston, Williams stayed on scene to make sure to security guard was OK.

"My thought was containing the bleeding. I have a lot of training firearm safety and just CLS, combat live saving training, that's what you call it in the Army," Williams said. "So luckily my training kicked in and if that cop and I hadn't have been there when he first got shot, he would have probably bled out."

Williams called the incident a random act of violence but said he was glad so many police officers are stationed in the French Quarter.

In the last year, however, there have been three seperate shootings on Bourbon Street. In July, two people were shot near Bourbon and Conti streets.
In October, one person was killed at Bourbon and Iberville streets. And last month, a victim was shot and injured near Bourbon and Canal streets.