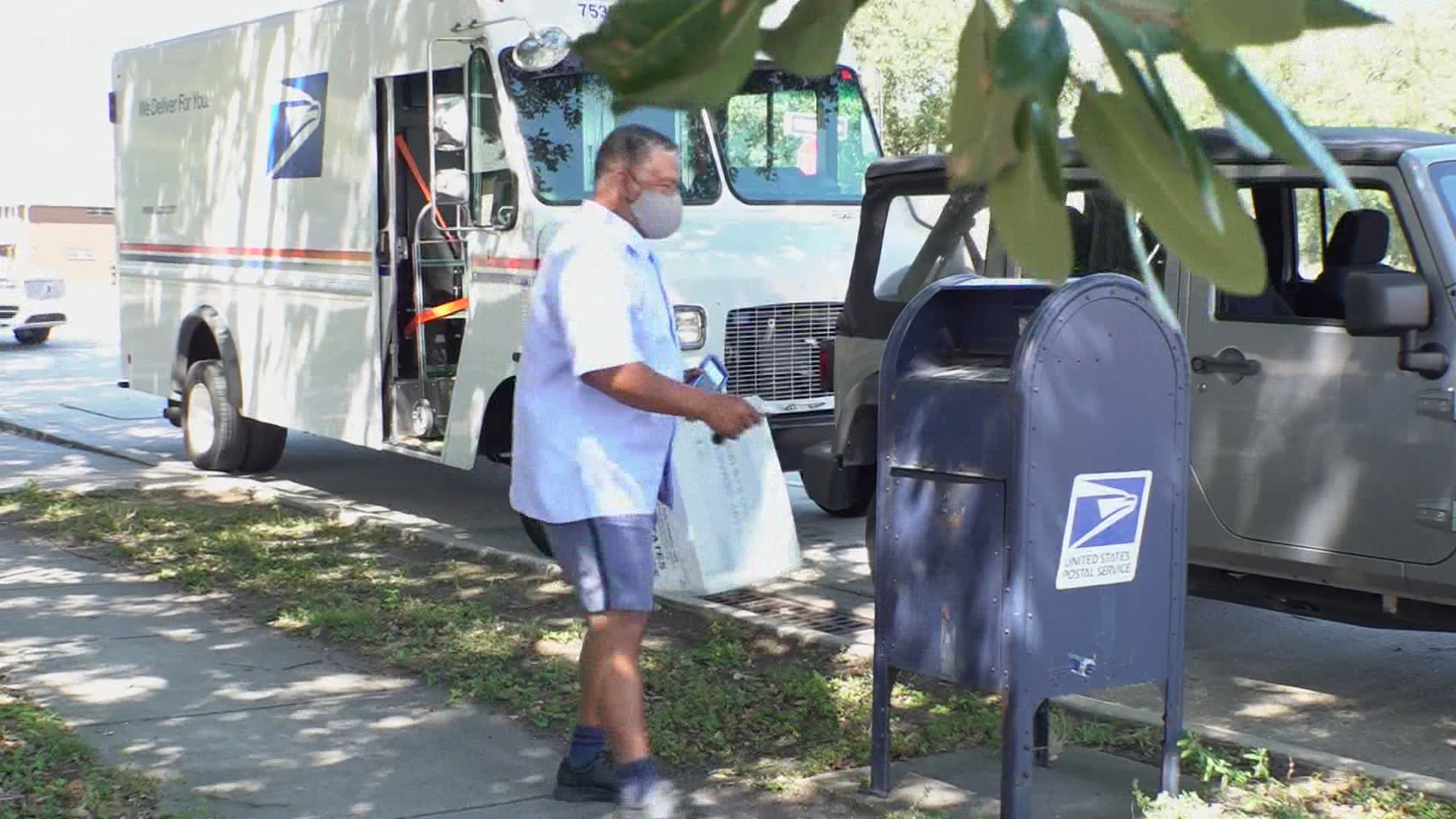 A New Orleans man accused of illegally accessing blue mailboxes outside the United States Post Office In Gretna several times in recent months has been arrested, according to a report from the Gretna Police Department.

Investigators searched two locations in Algiers as part of the investigation, and they found 181 checks and other evidence. None of the checks found were issued by Thompson or to him.

The West Bank Major Crimes Task Force worked with members of the US Postal Inspector's Office to arrest Thompson, who was driving a black Ford Mustang when he was arrested.

The Mustang Thompson was driving is the same car seen in footage from the Gretna Post Office during one of the occasions when the boxes were opened illegally.

Thompson opened the boxes on the following 2021 dates according to Postal Inspectors:

Warrants were issued for Thompson's alleged actions before he was arrested.

Later, investigators searched the Mustang and found illegal narcotics and more checks that weren't issued by Thompson nor to him.

Gretna Police Department investigators are asking anyone whose financial accounts were fraudulently accessed via mail sent from or to the Gretna Post Office at 406 Gretna Blvd to call GPD at 504.366.4374.