Detective Everett Briscoe was shot and killed August 21 while dining at a Galleria-area restaurant with friends. 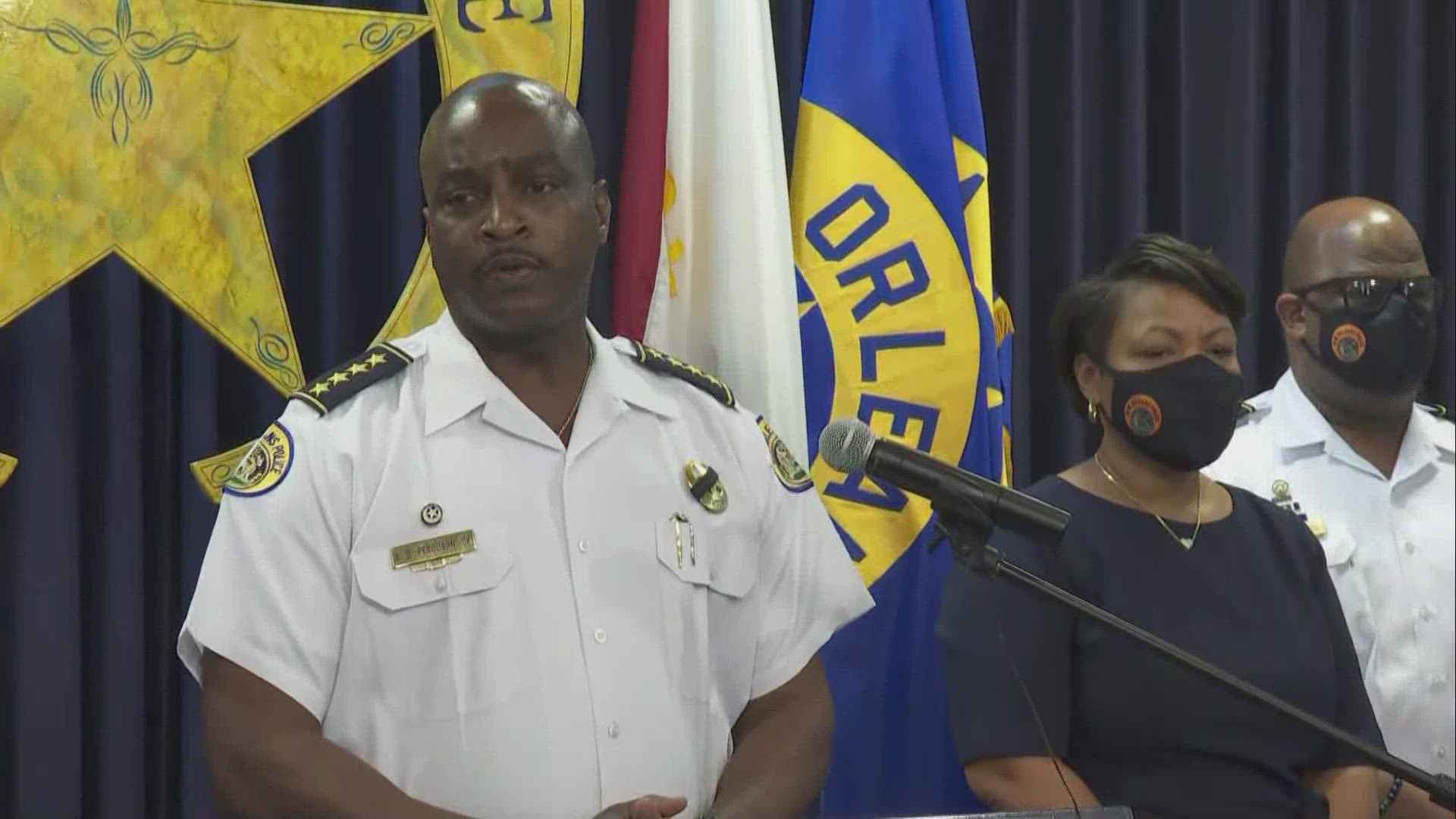 NEW ORLEANS — We're learning more about an off-duty New Orleans officer who was shot and killed at a Houston restaurant Saturday afternoon.

The officer has been identified as Detective Everett Briscoe, a 13-year veteran.

New Orleans Police Chief Shaun Ferguson, fighting back tears, described Briscoe as a great man and a great friend who would give you the clothes off his back if you're in need.

"We lost a good one," said Chief Ferguson repeatedly.

I am extremely heartbroken about the death of my dear friend and brother Detective Everette Briscoe who was killed while off-duty in Houston, Texas. I am praying for the family of Det. Briscoe and for the family of the second victim in this incident.

Detective Briscoe was one of two people shot Saturday while on the patio of the Grotto Ristorante in the Galleria area of Houston.

According to the Houston Police Department, two armed suspects approached a group of people on the patio and demanded they hand over their belongings. Witnesses said the group complied with the suspects' demands, and at some point, one of the alleged gunman fired his weapon, killing Detective Briscoe.

Another person, who has not been identified, was also shot and taken to the hospital in critical condition.

Detective Briscoe leaves behind a wife and two sons, ages 16 and 10, according to Chief Ferguson. His oldest is getting ready to start his senior year of high school, Ferguson said.

During a press conference Sunday, New Orleans City Councilman Jay Banks talked about the loss of his friend.

"Everett was a gem, he was a jewel," said Banks. "He loved his community and did everything he could to help make it better, not just as a police officer but as a citizen."

Banks said Detective Briscoe's wife is numb and asked him who was going to teach her boys how to tie a tie now.

"There was no answer because the only answer she wanted to hear was Everett was going to walk through the door, but he's not," said Banks. "This cancer of senseless violence has to stop."

Chief Ferguson said Briscoe started his career with the New Orleans Police Department in the 2nd district before working in the 1st district and the city's homicide department.

Briscoe was also a member of the Zulu Social Aid and Pleasure Club and recently enrolled at Southern University to pursue his bachelor's degree as a criminal justice major.

"He wanted to be an example to his sons, so he had to finish what he started," said Chief Ferguson.

Chief Ferguson said all flags at various buildings in New Orleans will be flown at half staff in honor of Detective Briscoe. All officers will also wear their mourning bands on their badges.