State Police said that Abby and her mother were in a vehicle Friday night when another car, driving at a high rate of speed, slammed into the back of their car. 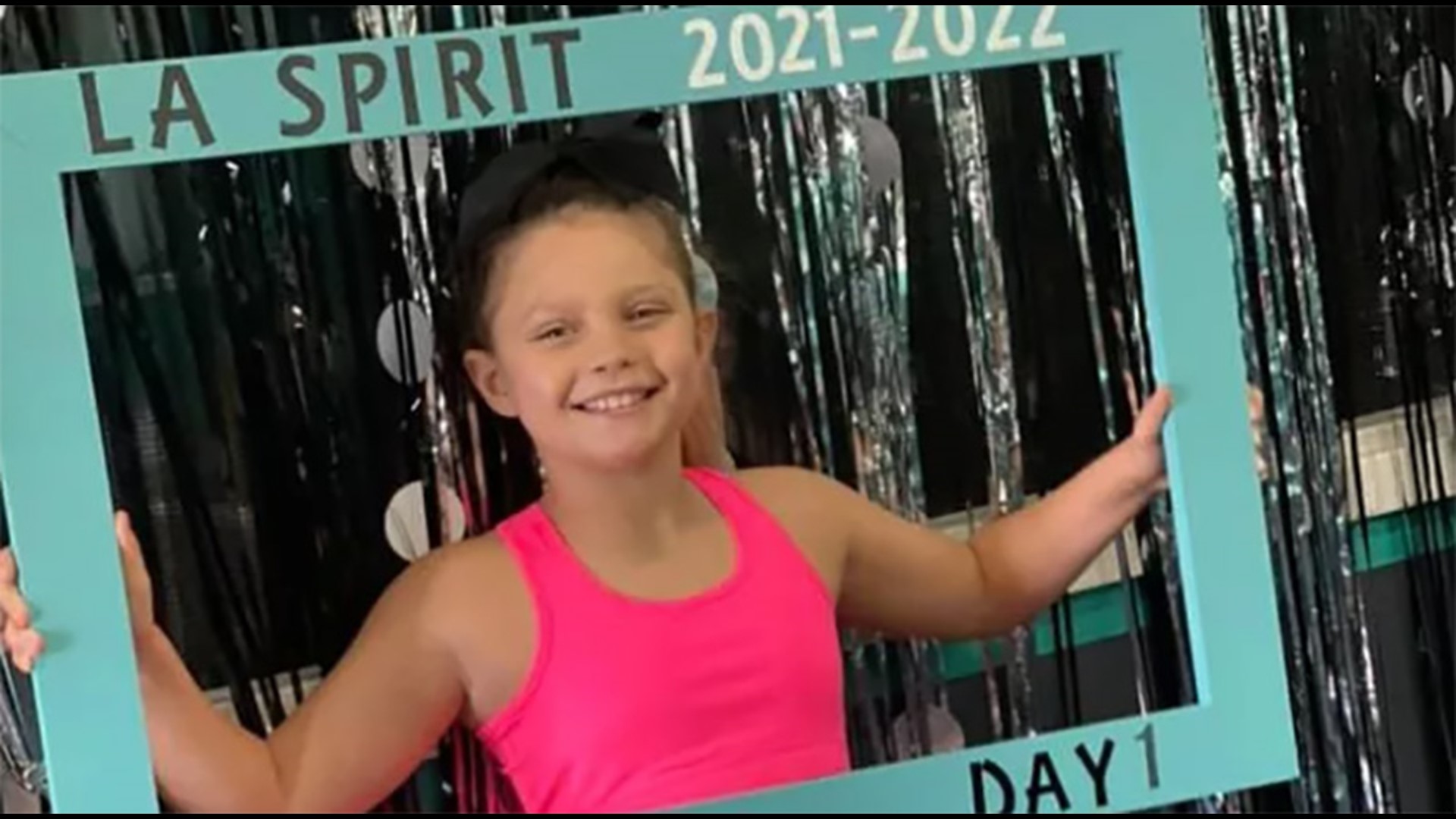 NEW ORLEANS — Update: Wendell Lachney has been located and his arrest is pending.

The family of a 9-year-old New Orleans girl who was struck and killed Friday night, allegedly by an impaired driver, has donated the young child’s organs to help save and improve the lives of others.

Abby Douglas died Sunday, two days after the crash.  58-year-old Wendell Lachney was arrested and booked with negligent injury, reckless operation and other counts, but was released on bond. He was not injured in the crash.

Abby’s life was celebrated at University Medical Center at 4 p.m. Monday when a ceremony was held raising a flag in honor of the family’s decision to donate her organs.

The ceremony is done to signify that an organ donor surgery is imminent.

An update on the St. Ann Church and National Shrine Facebook page says that all of Abby’s donatable organs had been matched as of midday Monday, with the exception of her heart, which was being matched.

"I'm just here for my son and my daughter-in-law," said Teresa Doublas, Abby's grandmother. "They're devastated. Nobody should ever have to go through this."

The family said that Abby and her mother were stopped at a red light near Behrman Highway and Belle Chasse Highway Friday night when another driver slammed into their vehicle.

State Police said Lachney was driving an Infinity 2020 south on Belle Chasse Highway at a high rate of speed and rear-ended the 2014 Toyota Sienna where Abby was properly restrained in the third row of seats. The impact of that crash forced the Sienna into a Chevy pickup truck.

Abby's mother was okay, but Abby was rushed to the hospital where she was declared clinically brain dead and didn't recover.

“It is with great sadness that we, at St. Ann School, mourn the loss of our student, Abigail Douglas.  Abby was a shining light and will be remembered fondly.

To support our students as well as our faculty and staff, counselors from around the Archdiocese, including our school counselor, have been available to provide support during this time. To help our students process and cope with the loss of their classmate, we have dedicated spaces in our school to provide art activities and counseling support.  In addition, our students participated in a small prayer service in our rosary garden led by our pastor, Fr. Billy O’Riordan.

The St. Ann Home and School Club began praying a continuous rosary led by parents on the St. Ann Parents Facebook page that will continue through until Abby's funeral.  St. Ann School parents also began collecting funds to help ease some of the financial burdens the family is unexpectedly facing.

Our superintendent, Dr. RaeNell Houston, pastor, administrative team, teachers, and many students gathered to witness the donor flag at UMC, as it was raised to honor Abby and the many lives she will save as an organ donor.  We continue to pray for the Douglas family, the medical teams, and those who will be blessed as recipients.