Joseph Cupolo is also accused of attacking a jogger, hitting them multiple times with the same bat. 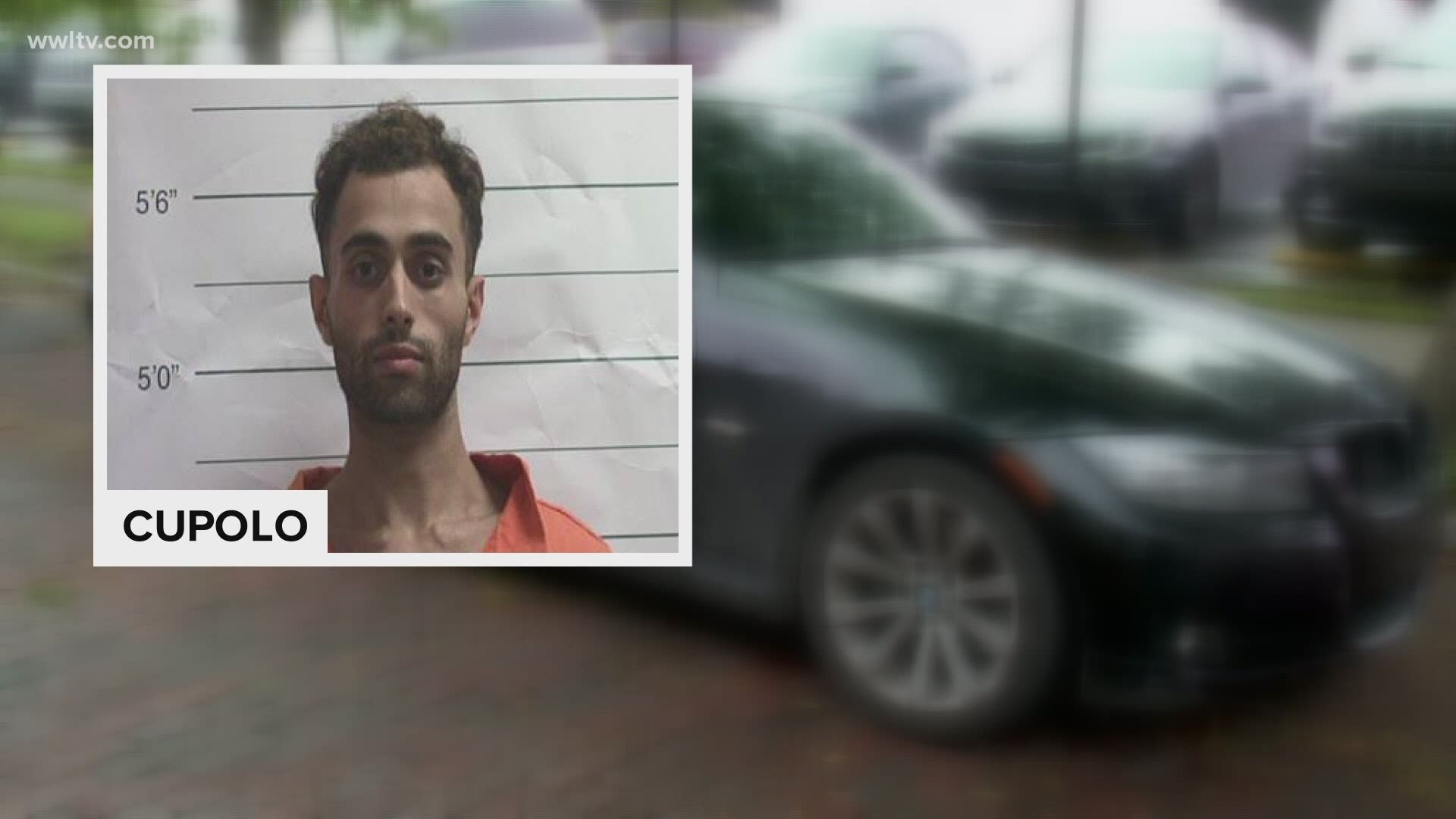 NEW ORLEANS — The French Quarter is known for strange encounters, but usually not at 7 a.m. on Tuesday, and certainly not an unprovoked and profanity-laced tirade from a stranger wielding a baseball bat.

But that’s exactly what happened to one victim in a bizarre series of encounters that escalated from property damage to a physical beating, and later that day landed the suspect in jail.

“He used racial slurs. He used curse words. And he told me he was going to take the bat, and beat the ‘whatever’ out of me, and then kill me,” said the first victim, who encountered the attacker in the 900 block of Royal Street.

After the victim parked and went to get coffee, he said things went from bad to worse. A video shot by a witness shows the attacker suddenly decided to bash the victim’s truck with the aluminum bat.

“About $3,000 is the amount of damage the he did,” said the victim, who requested anonymity.

While the victim was gathering images of the attacker and his license plate, other people began posted warnings on social media throughout the day about similar confrontations and car bashings.

One person who posted described the same individual driving the same BMW and said the man yelled, “You are the anti-Christ. You know what I do? I hunt anti-Christs. I have your (license) plates and I’ll be back.”

“He felt murderous, truly, not in a joking way,” another person posted.

After police received reports of several other vehicle bashings, the attacks escalated. At about 3:30 p.m., a jogger reported that he was “struck two to three times in the back of the head with the green aluminum bat,” according to a police report.

The jogger was treated at the scene for a head laceration, the police report states.

About three hours later on Alvar Street in the Bywater, New Orleans police arrested, Joseph Cupolo, 24, of Long Island, NY. Cupolo was next to his beaten up black BMW. Cupolo was arrested without incident.

“In plain view in the back of the front seat was a green aluminum baseball bat,” the police report states. “It should be noted that Mr. Cupolo has been captured on surveillance cameras committing multiple crimes through the following neighborhoods: Bywater, Marigny and French Quarter.”

Cupolo was booked with one count each of aggravated battery and criminal damage to property, court records show. Bail had not been set as of late Wednesday.

“Could have been women, children, anyone really.”

Police are now working to connect Cupolo to other crimes, but his motive remains as baffling to them as it does his random victims.

RELATED: Louisiana set aside $5.6 million for rent assistance, has paid out only $115K despite 40,000 applications