A third suspect is still at-large. The video starts when police officers were dispatched to the 1000 block of Deslonde Street to investigate a burglary in progress. 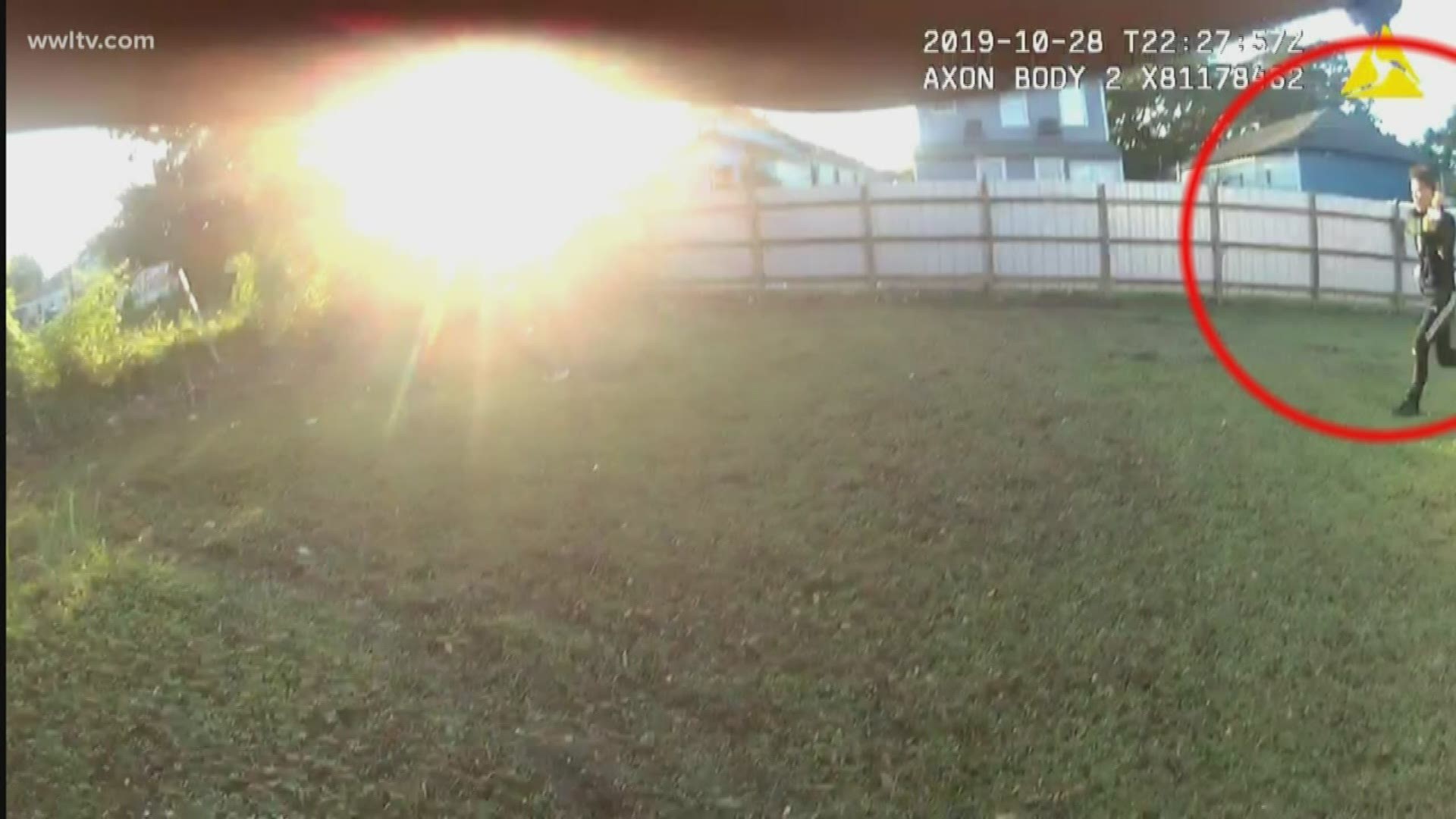 The video starts when police officers were dispatched to the 1000 block of Deslonde Street to investigate a burglary in progress on Oct. 28. Police knocked on a neighbor's door before hearing glass shatter next door.

Then, three men take off running, heading for a minivan parked nearby. The video shows one of the men, later identified as 21-year-old Jeremy Meileur, aim a handgun at police.

Shots are fired and one of the suspects, later identified as 18-year-old Bracquan Holmes, hits the ground, surrendering to police.

Meileur was wounded in the shooting, but still made it to the minivan, where police captured him before he could escape.

A third suspect, who was wearing a ski mask in the video, escaped and is still on the run.

“As you have seen, there was no time for our officers to react in any way other than to defend themselves against the actions of these perpetrators,” he said.

Meileur was hospitalized and treated for his gunshot wound before being taken to jail. Holmes was arrested at the scene.

Both men are still in police custody.

A third, unidentified suspect, is still on the run. Anyone with information on his location is asked to call CRIMESTOPPERS at 504-822-1111.