Ferguson was booked with charges of trespassing, simple assault, criminal damage to property and two counts of battery of a police officer, court records show. 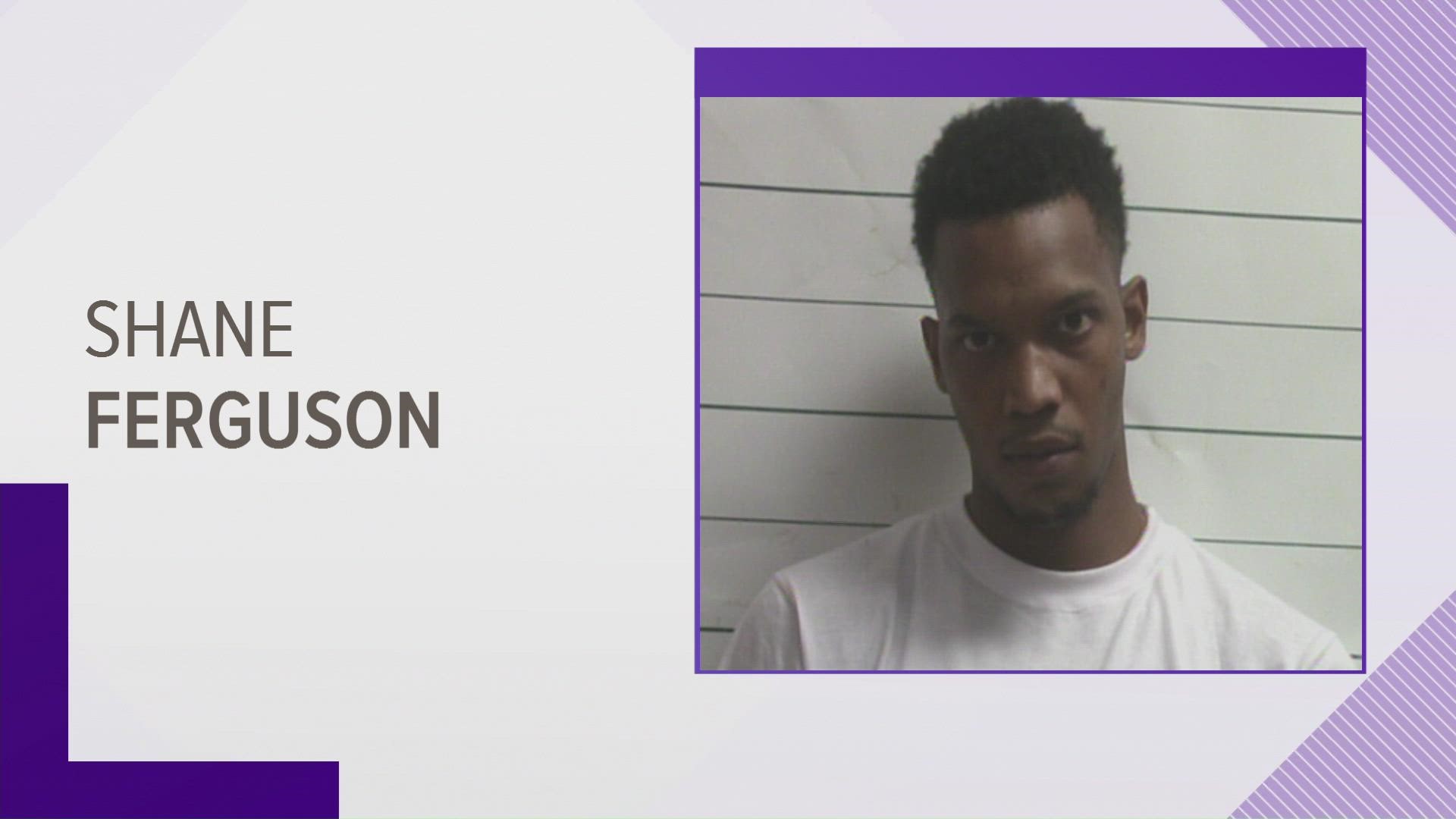 NEW ORLEANS — The tirade that landed the son of New Orleans Police Chief Shaun Ferguson in jail over the weekend began during a phone call Friday morning in which he took issue with supervisors about his paycheck at the Sewerage & Water Board where he works.

In a police report obtained by WWL-TV, officers wrote that the phone call escalated to the point where the younger Ferguson “began threatening the staff” and telling a female employee “scary b----, I’m going to f--- you up” and “I’ll come down there and punch the p-- out of you.”

A short time later, at 9:51 a.m., Ferguson, 24, followed up on his threats by showing up at the agency’s main office on St. Joseph Street, causing “a huge disturbance in the lobby area,” the report states.

As Ferguson left the lobby and continued to scream profanities, officers showed up and tried to calm him down. When Ferguson slapped the arm of an officer trying to prevent him from re-entering the office, the officers placed him in handcuffs, according to the report.

Ferguson was not done.

“Once the subject was placed in the rear of the vehicle, he spat on Sergeant (Leonard) Davis and began kicking the passenger side rear window of the police unit…damaging the window and door frame,” the report states.

Ferguson was booked at about 2:25 p.m. with charges of trespassing, simple assault, criminal damage to property and two counts of battery of a police officer, court records show.

In addition to the charges stemming from the confrontation, Ferguson was booked in connection with two outstanding warrants, one from Jefferson Parish and one from Gretna, the booking records show.

After spending two nights in jail at the Orleans Justice Center, Ferguson was released after posting a $2,500 bond, jail records show.

According to a police report of that incident, Ferguson and his ex-girlfriend had an argument and at some point he spit in her face. The report says the woman spit back at him and then he struck her on the chin with his fist. He apparently was preparing to strike her again, but she fell to the ground and a friend of the woman’s, who was at the home, sprayed Ferguson with mace. He then ran away on foot.

The fight took place hours after his father was sworn in as Superintendent of Police at a ceremony in front of Gallier Hall, with Shane Ferguson in attendance.

Similar to the younger Ferguson’s 2019, the police department said last week’s arrest will be treated no differently than any other case involving any other suspect.

“The fact that he’s the superintendent’s son will have no bearing on his case,” NOPD spokesman Gary Scheets said Friday.