The New Orleans Police Department confirmed that one man was dead, but they did not provide any other details. 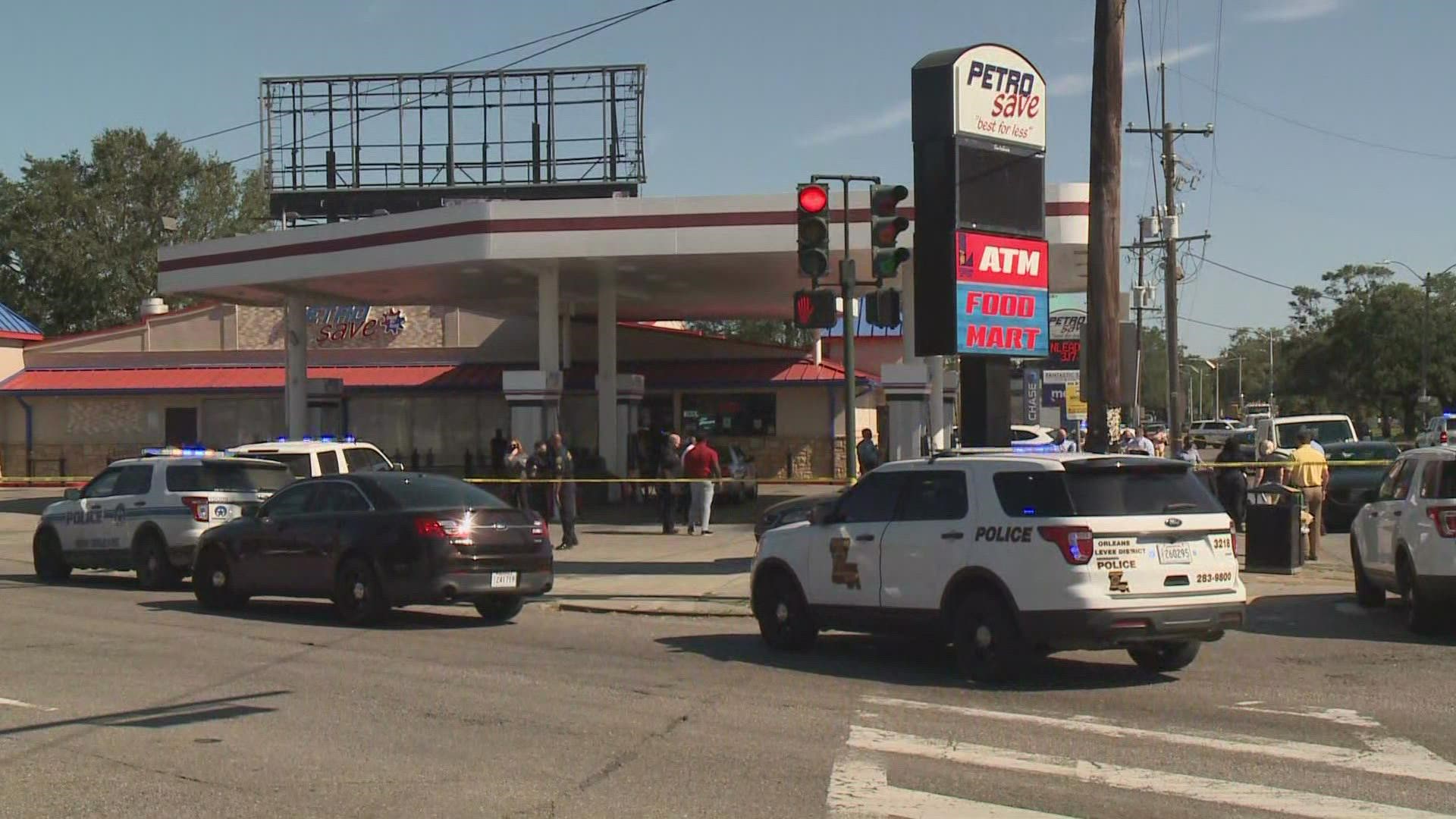 NEW ORLEANS — Authorities say one man is dead after a shooting near the busy intersection of Gentilly Boulevard and Elysian Fields Avenue on Tuesday morning.

According to the New Orleans Police Department, officers responded to reports of a shooting around 10:30 a.m., and when they arrived found a man with gunshot wounds lying near a vehicle. That man was later pronounced dead at the scene.

According to our partners at the New Orleans Advocate | Times-Picayune, NOPD is currently investigating whether the shooting was an act of self-defense.

The article states police are trying to determine if the man that was shot and killed “aggressively” approached a male driver after he pulled his car next to a fuel pump. Reportedly, the driver shot the man and waited for EMS to arrive following a 911 call from the scene.

The police department did not provide any additional details about the victim.

A heavy police presence was seen at the Petro Save gas station near the intersection. Both NOPD and Orleans Levee District Police were on the scene.

The Orleans Parish Coroner’s Office will identify the victim and official cause of death after an autopsy is done and the family is notified.

This is a developing story. Stay with WWL-TV for updates as new information becomes available.

#NOPDAlert Investigation under way into homicide at the intersection of Gentility Boulevard & Elysian Fields Avenue. Initial information shows a male subject who was declared deceased at the scene. pic.twitter.com/HVaTy1lYLy