Officials say the video shows officers were justified in their actions 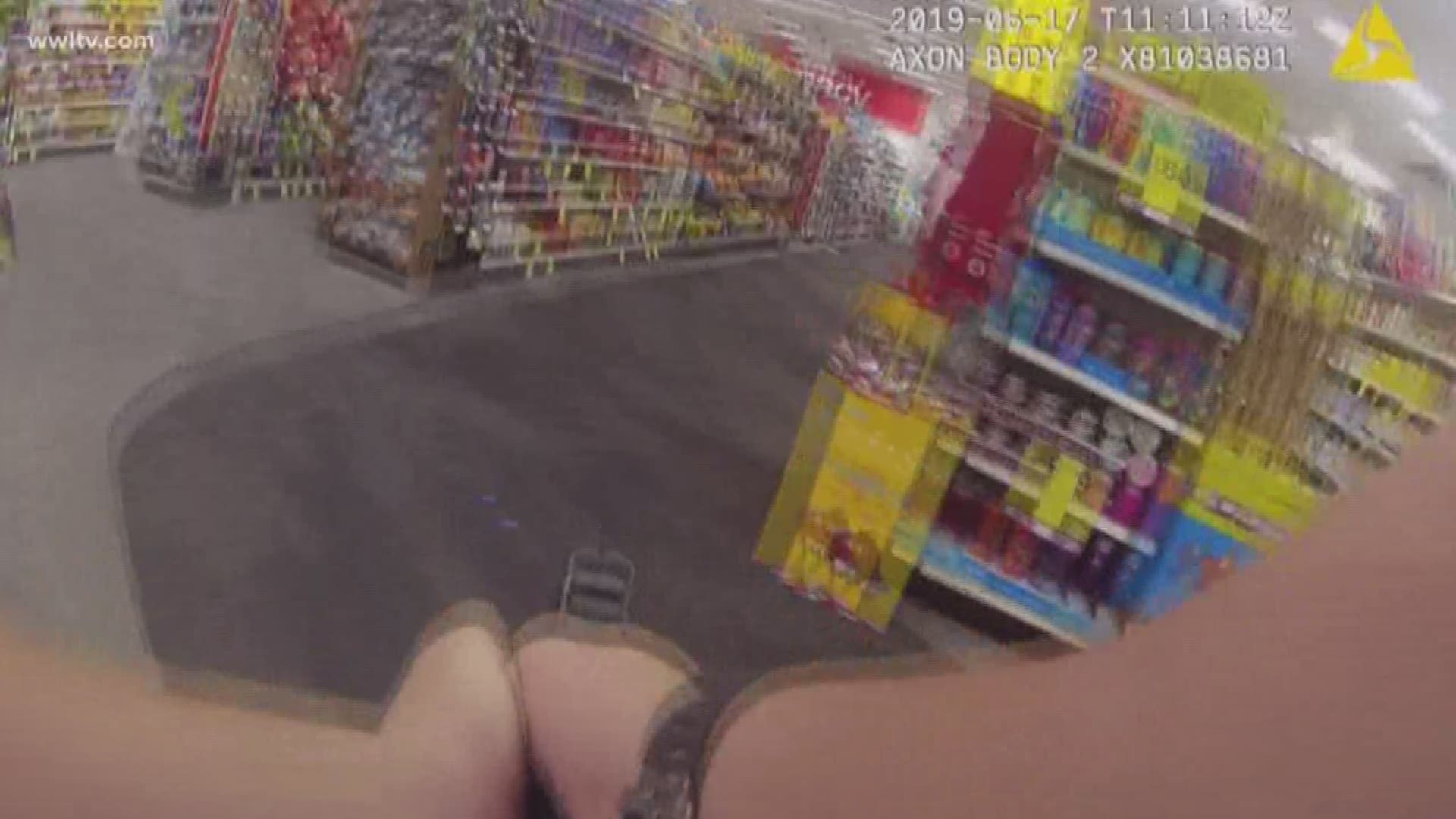 NEW ORLEANS — NOTE: All alterations and editing done to the video above were done by the New Orleans Police Department.

New Orleans police on Tuesday released footage from the cameras worn by officers during a shootout at an Uptown CVS pharmacy that left one officer and two robbery suspects wounded.

The video shows the two suspects, 26-year-old Richard Sansbury and 18-year-old Alan Parson, spilling several bottles of pills out of a trash bag near the front door of the pharmacy before they exchange gunfire with police, who were just outside the sliding doors with their weapons drawn.

Police had been called to the pharmacy after Sansbury and Parsons allegedly barged into the 24-hour store on Prytania Street around 6 a.m. on June 18, then bound two employees with zip ties before raiding a safe containing prescription drugs. 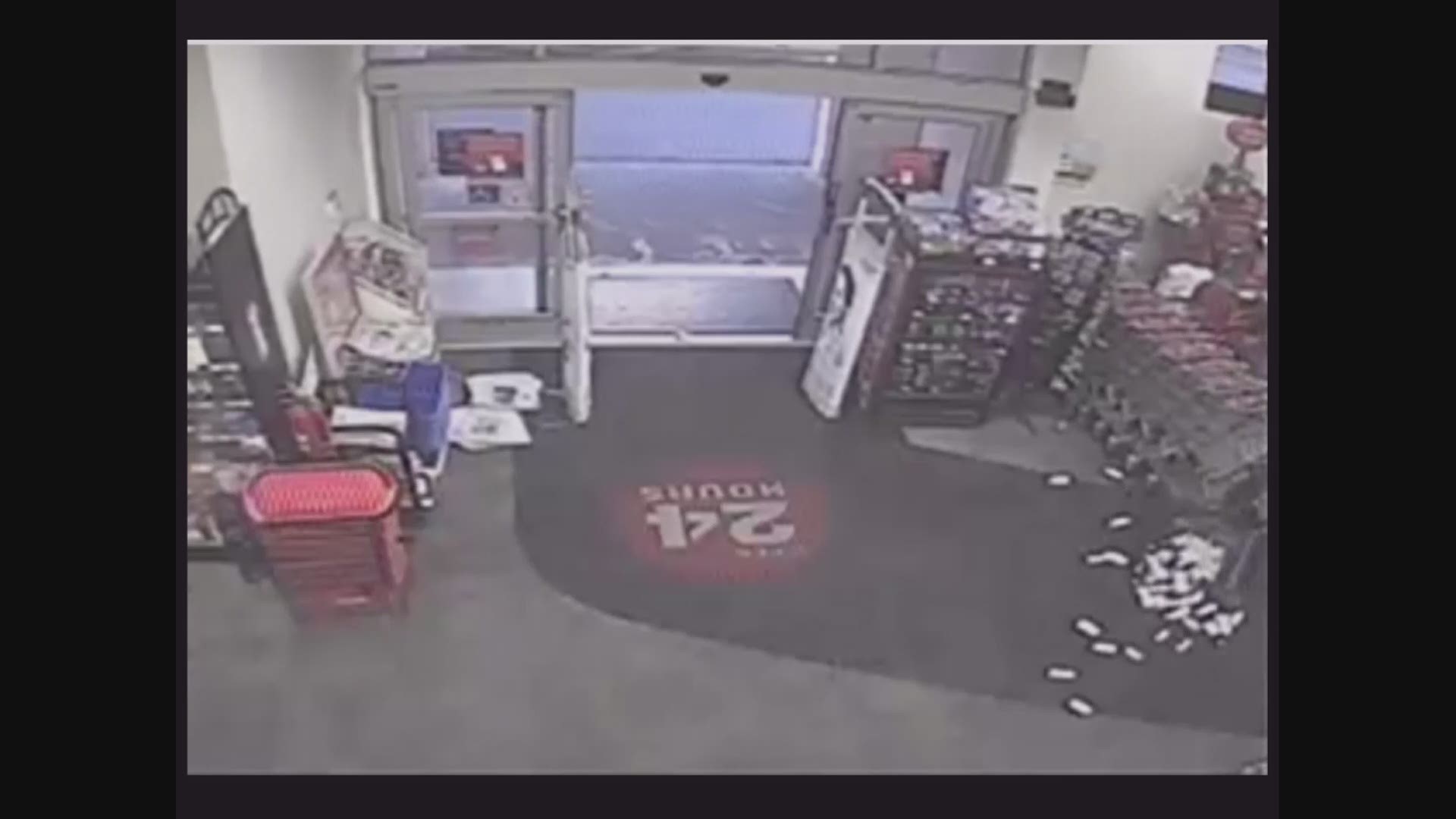 Police Superintendent Shaun Ferguson said the video shows that Sansbury and Parson fired the first shot. He also noted that the officers were not obligated to wait until they were fired upon, saying that they could open fire if they perceived the two armed suspects as a threat to them or the public.

The shootout spilled into the parking lot after one of the NOPD officers, identified as officer Chad Clark, a two-year veteran, was shot in the left shoulder.

As Clark and officers Everette Route, a 6-year-veteran, and Shanda Charles, a 3-year-veteran, moved to cover, the video shows Sansbury and Parson run through the parking lot. Both suspects were shot and wounded as they attempted to run away, but managed to flee into a nearby neighborhood. 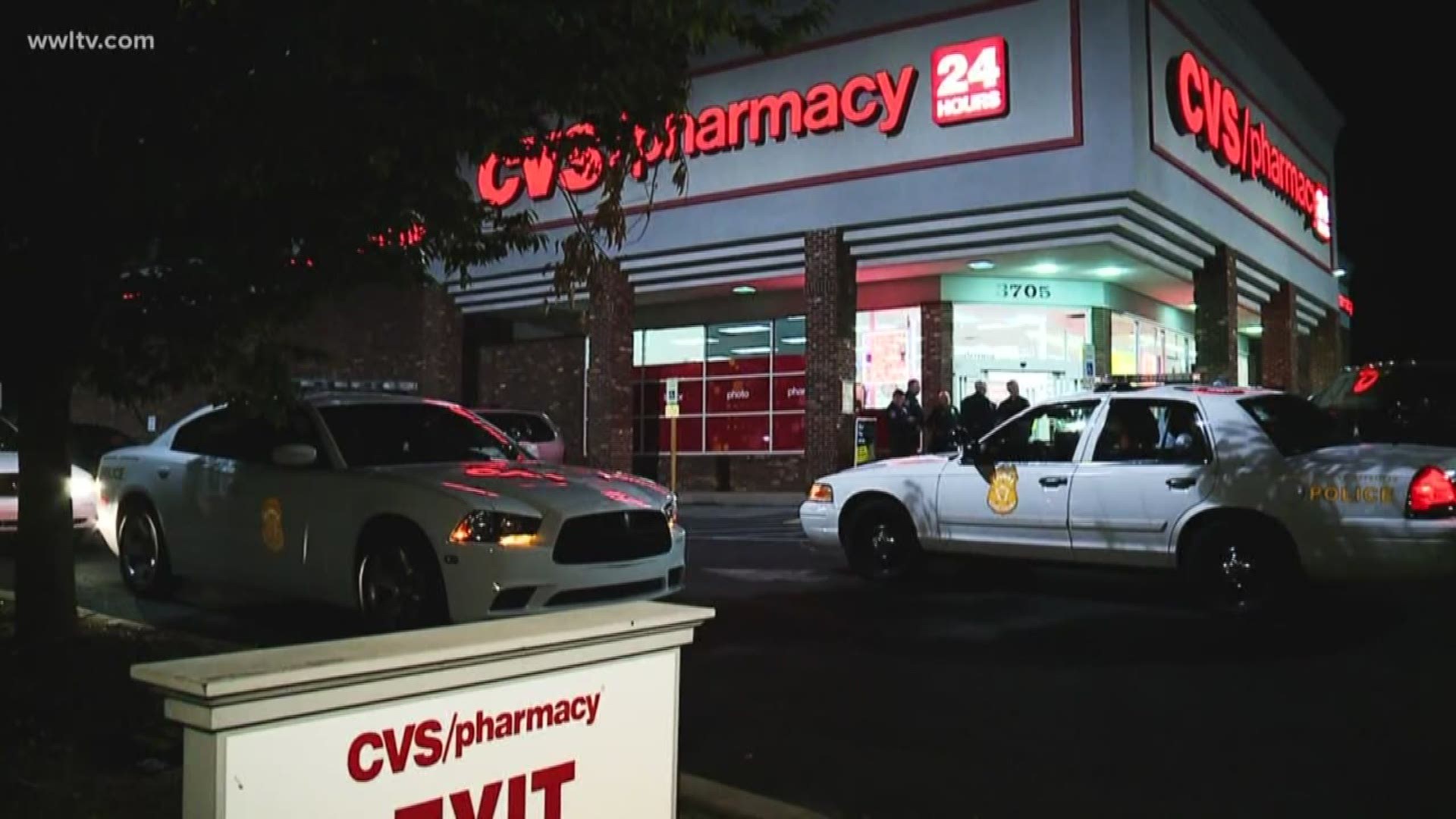 Parson collapsed in the 1300 block of Lyons Street and was arrested. Sansbury evaded police for a few hours, but was ultimately arrested after police set a perimeter around the area and used K-9 units to help find him.

Both suspects were taken to the hospital before being booked with armed robbery, two counts each of false imprisonment and three counts each of attempted murder of a police officer.

Clark was also taken to University Medical Center and released later that day.

Sansbury and Parson fired about a dozen times from their handguns, according to the NOPD. The officers shot at least 29 times, Ferguson said.

The suspects are from Indianapolis. Police did not say if they are suspected in similar robberies,  but federal authorities acknowledged tracking an Indiana-based gang using similar tactics in other drug store robberies across the country.

As per department policy, all three officers involved in the shooting are currently on desk duty as the internal investigation continues. Ferguson says he believes the officers were justified in their actions.