Police are investigating after a resident said his car was broken into outside his home and the rifle was stolen. 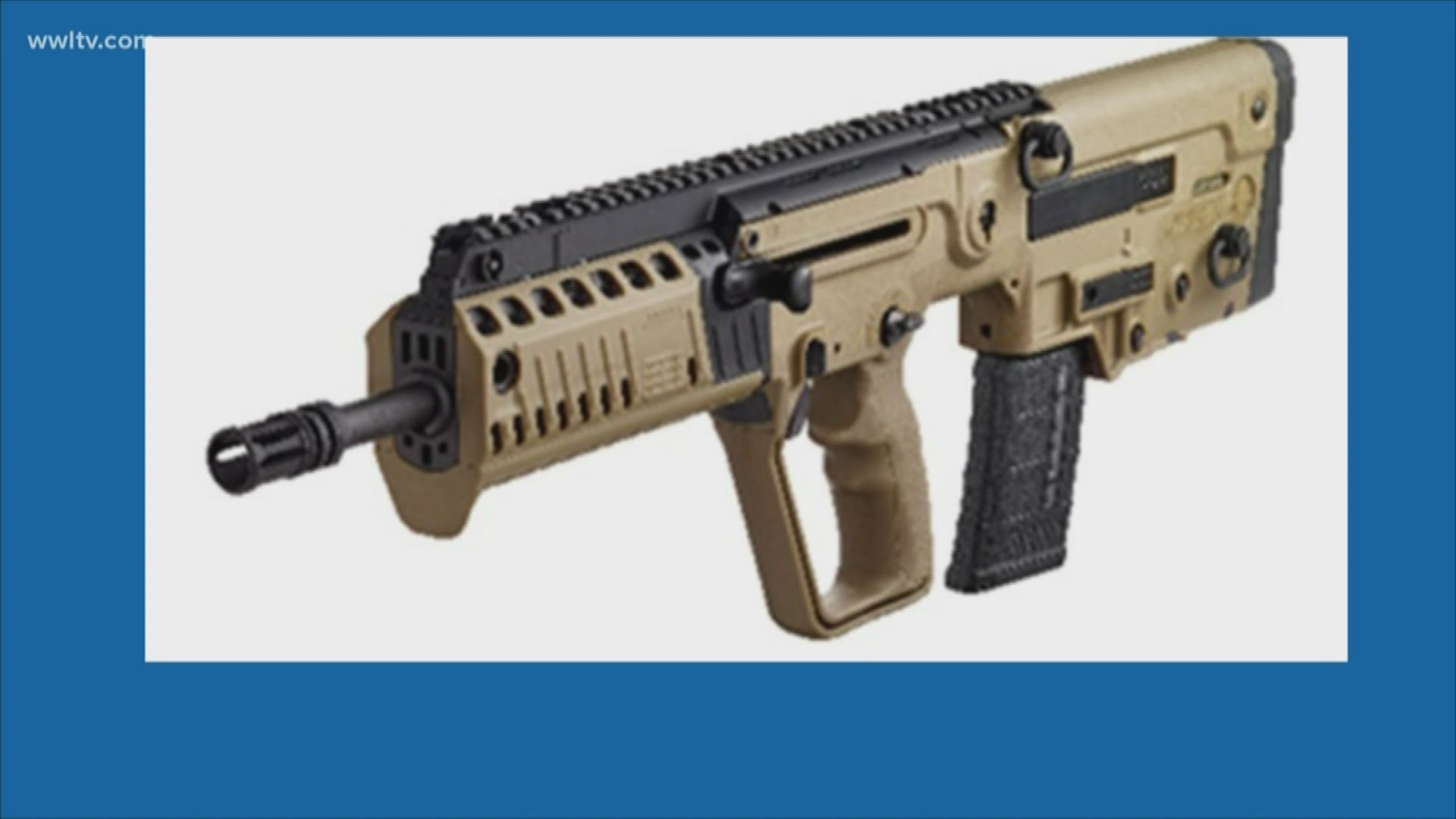 NEW ORLEANS — Police were investigating Friday night after someone reportedly broke into a man's vehicle outside his Algiers home and took his semi-automatic rifle from the trunk.

New Orleans Police Department officials said they were looking for the people responsible for the theft, which happened in the 3700 block of Rue Nadine in Algiers.

According to initial reports, the vehicle owner parked near the back driveway of his home at around 9:30 Wednesday night. When he came back Friday around 2:40 p.m., he saw his IWI Tavor X95 rifle was missing from the back trunk.

The man reported the apparent theft to NOPD Friday and they opened an investigation into the incident.

The serial number of the rife is T0068047, officials said. They sent out a stock photo similar to the gun reported stolen (pictured above).

Editor's Note: A previous version of this report incorrectly stated the rifle reported stolen was "high-powered." The story has been updated to reflect the firearm is not high-powered.