The suspect is wanted for murder in Mississippi. 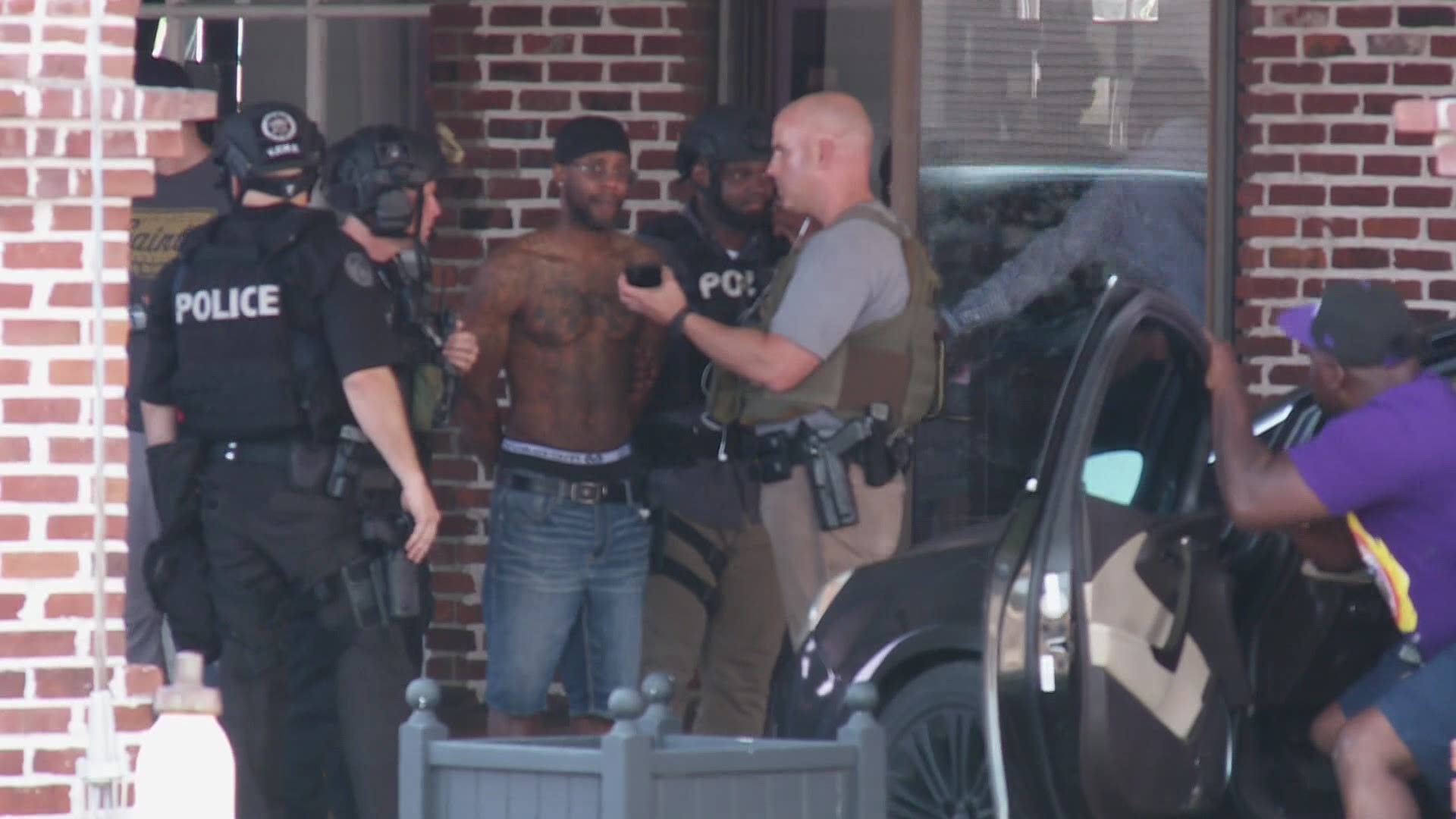 NEW ORLEANS — New Orleans police deployed a SWAT team in Mid-City Friday after a murder suspect barricaded himself inside a building.

According to police, a SWAT unit was deployed to the 3900 block of Tulane Avenue, near Carrollton Avenue, Friday afternoon.

Police said the suspect is wanted for a murder in Mississippi.

The suspect surrendered to police around 3:30 p.m.

A SWAT team was deployed in New Orleans East earlier in the day after an armed robbery suspect barricaded himself inside an apartment at 12345 N. I-10 Service Road.

The suspect, 30-year-old Randy Lewis, has since surrendered.