Officer Martinez Mitchum was working security at the basketball game when he tried to escort away a man creating a disturbance. That man pulled out a gun. 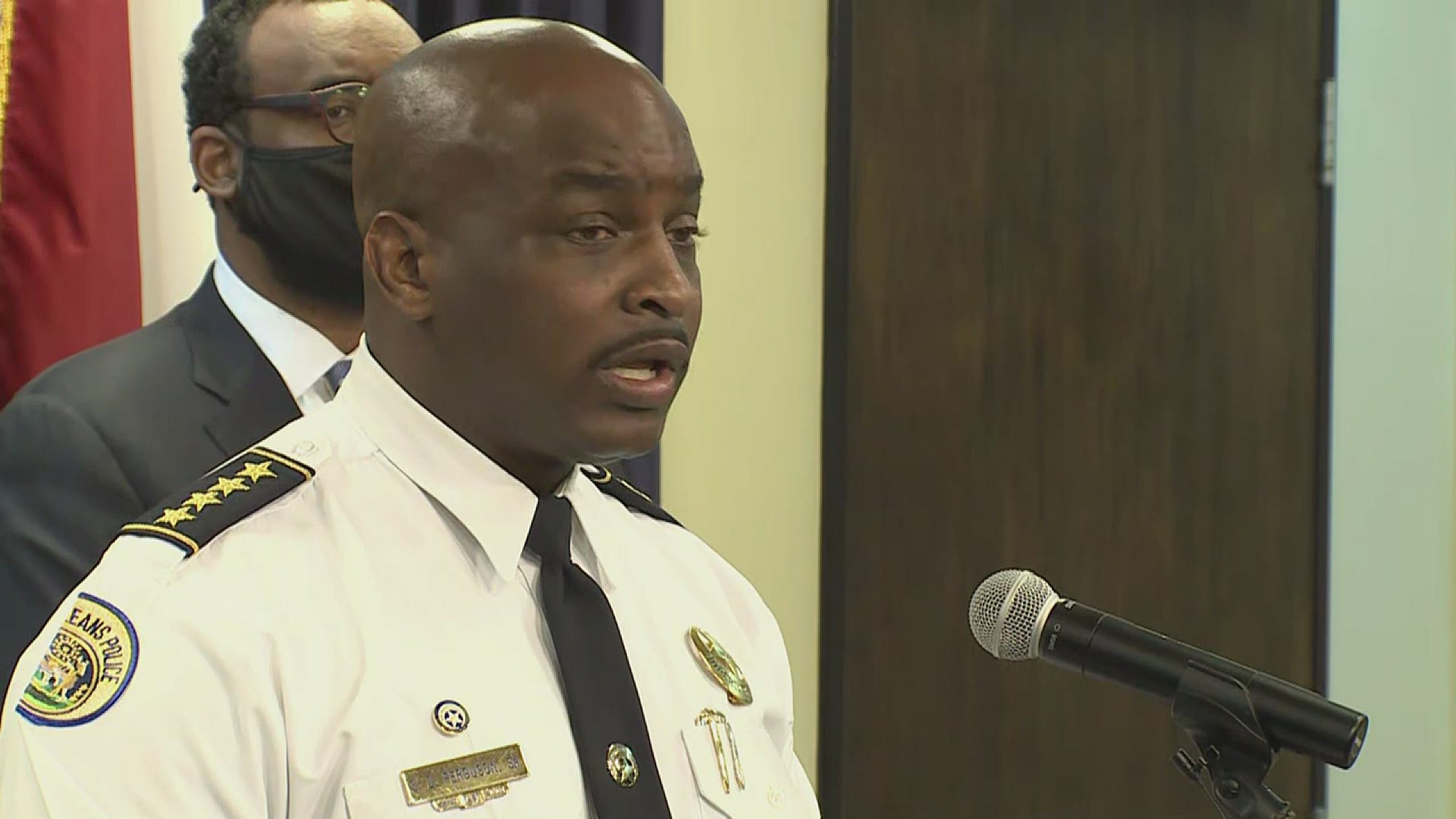 NEW ORLEANS — Tulane police officer Martinus Mitchum was doing what he normally did, working extra to try to make events safe for the community, when he was shot and killed by a man who struck an employee working the door at a basketball game Friday night.

Police Superintendent Shaun Ferguson said the suspect, 35-year-old John Shallerhorn, walked out the door, tossed his gun to the ground and put his hands in the air after the shooting. Ferguson said Shallerhorn was also suspected of robbing someone of jewelry at the game site prior to the shooting.

According to the NOPD's investigation, 35-year-old John Shallerhorn got into an argument with someone working the door at the game between Carver and Easton. While Ferguson said the employee was taking tickets and doing temperature checks and checking for masks, he could not say for certain that the incident was over a refusal to wear a mask.

Mitchum tried to escort the Shallerhorn out and he pulled out a gun and fired twice, striking Mitchum once in the chest. Officer Mitchum was rushed to University Medical Center, where he passed away.

Ferguson said that Mitchum was not wearing a protective vest when he was struck.

Both Ferguson and Tulane Police Chief Kirk Bouyelas remembered Mitchum as a dedicated public servant who went out of his way to keep people safe, whether on the Tulane campus or at several local high schools where he would work details.

One woman on Facebook said she was devastated about the killing of her friend. She wrote, “He was such an advocate for young people and such a good man. My heart is broken."

Slidell Police sent prayers out to Mitchum. The police department said he was a graduate of their basic reserve academy, class #20.

Livacarri represents the Fraternal Order of Police here in New Orleans. He said the murder of Corporal Mitchum is a reminder of how the dangers in policing can often be found in the most mundane settings.

“That danger is present when that officer stops at the grocery store on his way home from work, you just never know what is going to be waiting for you around the corner,” Livacarri said.

Tulane University issued a statement on Corporal Mitchum’s death saying in part “We are deeply saddened by the senseless and tragic death of TUPD Corporal Martinus Mitchum. Corporal Mitchum was a dedicated police professional who had a heart of service for the Tulane community.”

The suspect, John Shallerhorn is in the Orleans Parish Jail, booked with first-degree murder of a police officer. In addition to working at Tulane, Mitchum was also a reserve officer with the 2nd City Constable’s office. He previously worked for the Loyola Police Department. His growing police career cut short while working a basketball game.