Police say a man was shot twice Friday night by the man he was attempting to carjack in New Orleans East. 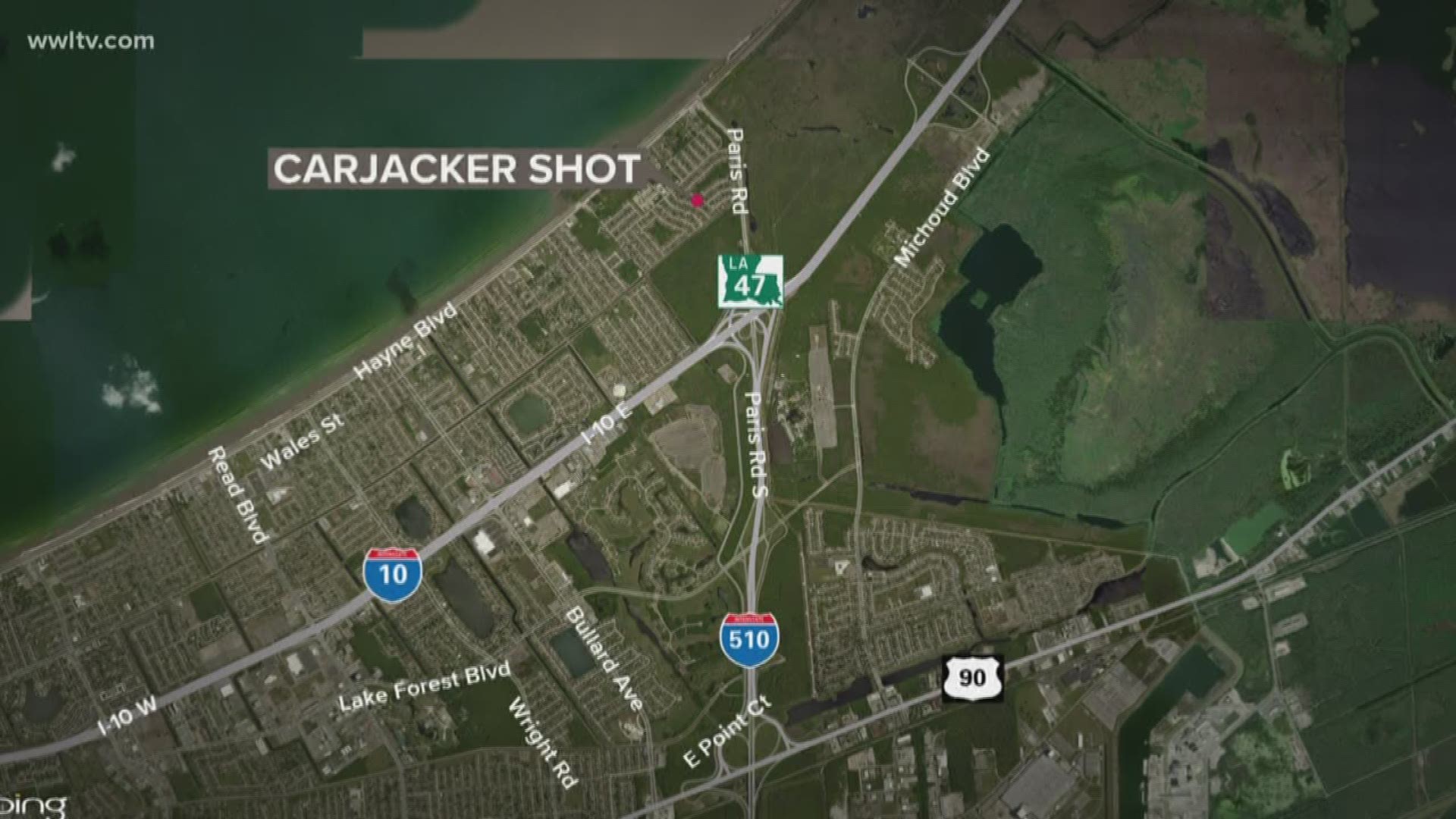 NEW ORLEANS — One second, a gun is in his face and a man is demanding he give up his car.

The next second, a would-be victim of yet another carjacking in New Orleans takes a chance. He reaches for his own gun, turns and puts two rounds into the attempted robber. Bleeding, the unknown suspect runs off in the night.

That's what New Orleans Police Department officials say happened on Friday around 9:15 p.m. in New Orleans East, at the 7600 block of Forum Boulevard near Paris Road.

Instead of becoming the latest vehicle robbery of the hundreds under investigation in the Crescent City this year, initial NOPD reports show the attempt was foiled after the suspect was shot by the man he was attempting to steal from.

According to those NOPD reports, a 35-year-old man was sitting in his car when an unidentified man approached him, gun-in-hand, and told him get out -- instead of complying, though, the driver grabbed a gun in his possession and shot the suspect.

The police were called to the scene and an investigation into the armed robbery with a gun was opened. The unidentified robber was still at large as of Saturday night.

The identity of the would-be victim and whether or not his gun was properly registered was not immediately known, and no other information was immediately available.

Officials ask anyone with information about crimes in the metro area call Crimestoppers at 504-822-1111.