Northshore man who was shot, poured peroxide on wound, dies in hospital 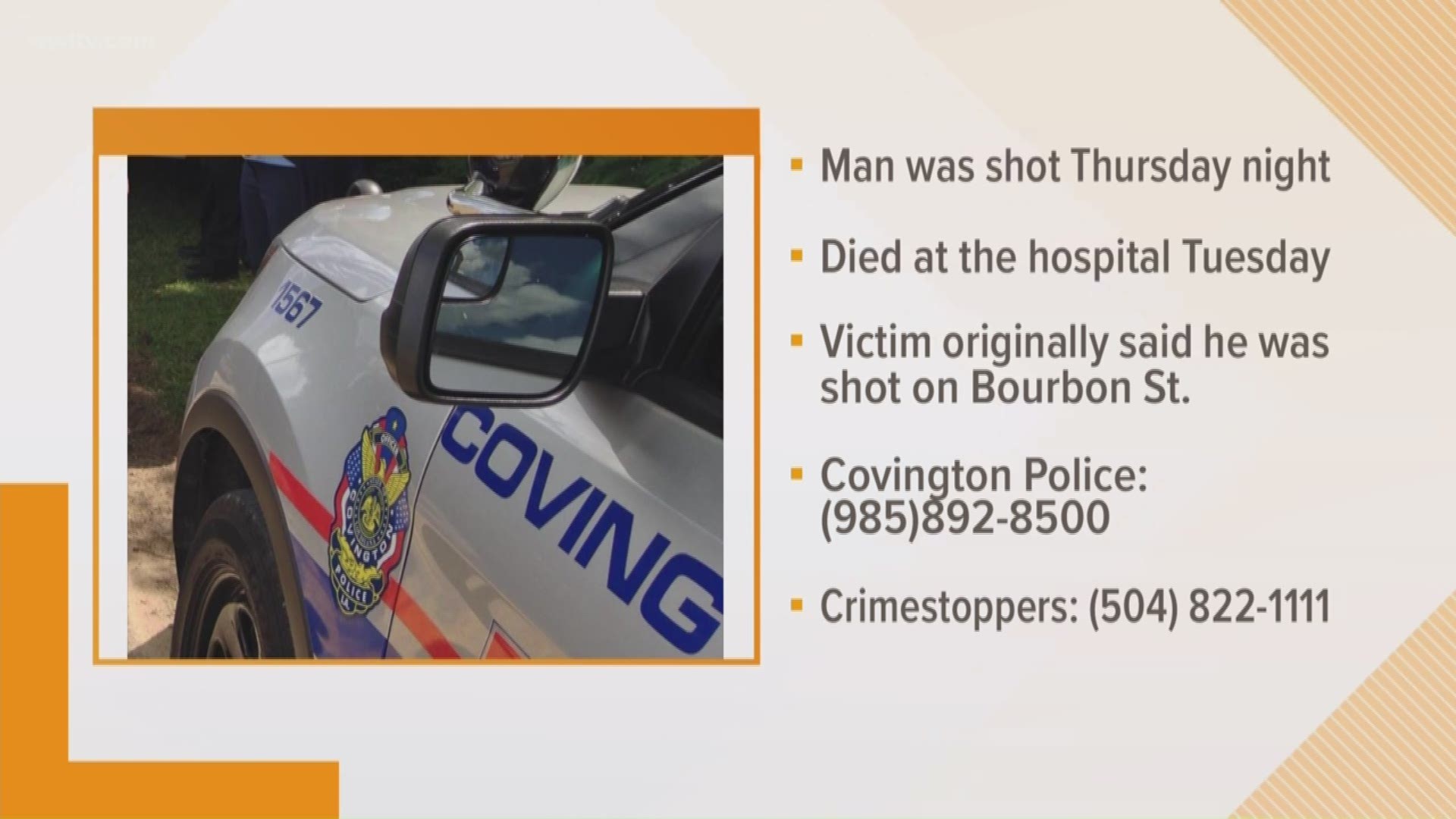 NEW ORLEANS — The man who told police he had been shot in the city but didn't notice until he was driving to the Northshore has died from his wounds, Covington Police said.

That story, that the man had been shot on the corner of Canal and Bourbon streets last Friday, is untrue according to the police's investigation.

Police said on the night of Feb. 14, they responded to a home in Covington after a shooting was reported. They were told that a man in a mask had walked up to the house and opened fire.

That story, however, was inconsistent with evidence found on the scene, police said. They instead found out that the 25-year-old, who said he was injured in New Orleans, was actually shot in the leg.

What remains true, police said, is that the man did wait for three days until he went to Northshore Hospital and had tried to treat his wound by pouring peroxide on it.

The man died from the wound in the hospital on Tuesday. It wasn't until after his death that police said they found more information to confirm the shooting happened in Covington on Valentine's Day rather than in New Orleans.

The man has been identified as Jarriell Jones.

According to the first NOPD report on the incident, the man was near the 1000 block of Canal Street when he heard gun shots but did not call NOPD. They didn't learn of the incident until the hospital reported the injury after he sought treatment.

That report turned out to be false.

RELATED: Man found shot to death in car after hit-and-run on I-10 West on Spillway

Further details into the Feb. 14 shooting were not immediately available. However, the incident is now being investigated as a homicide.

Covington Police are now working with the St. Tammany Parish Sheriff's Office to find who did shoot and kill the man.