“If you've done heavy crimes at 14, right after you just got out of juvy, you probably are headed to a real career,” one victim said. 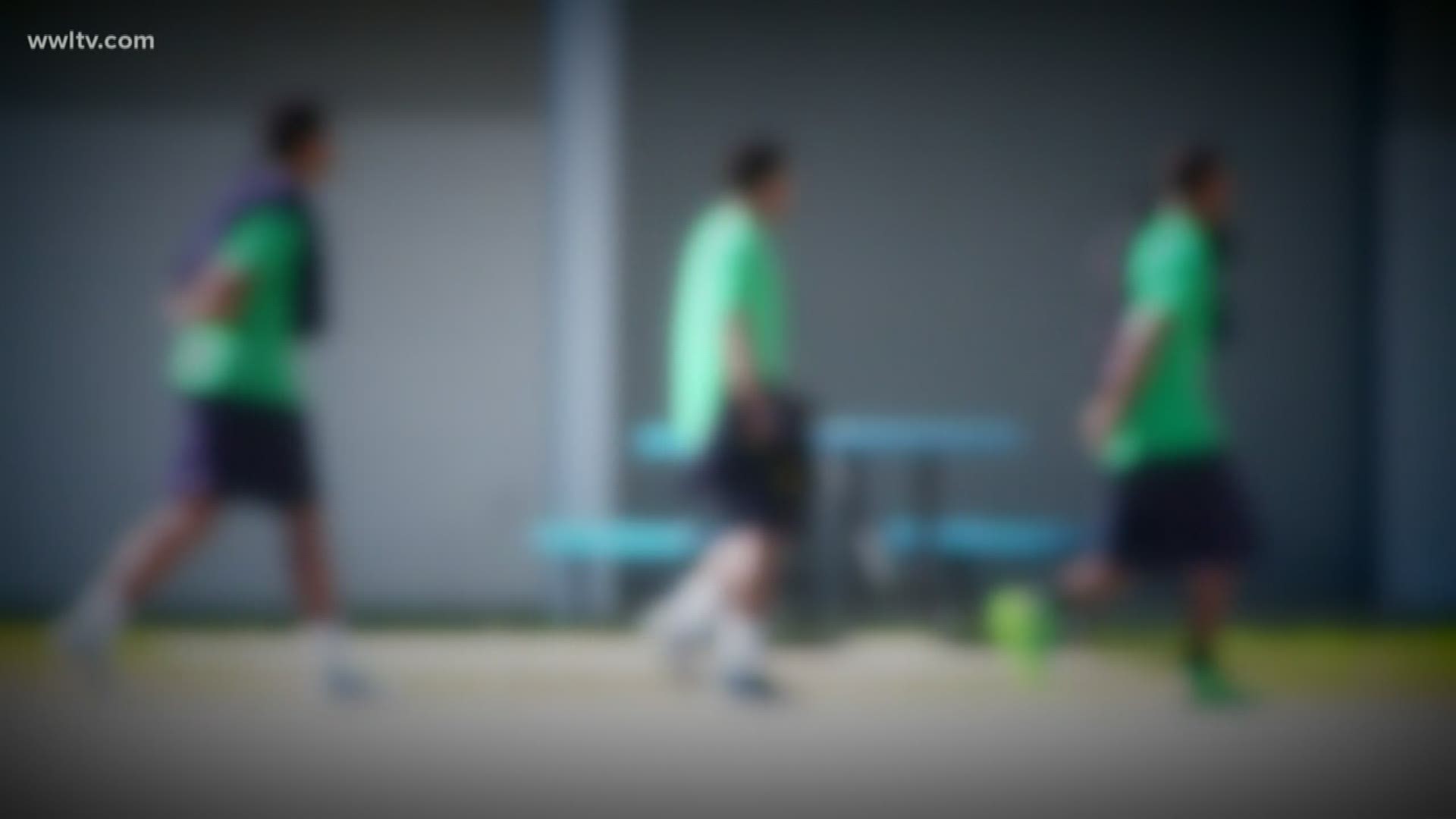 NEW ORLEANS — Three juveniles arrested in a string of violent carjackings are scheduled to appear in Juvenile Court on Tuesday, and prosecutors are preparing for a fight over their detention.

Despite the suspects’ youth – a 14-year-old and two 16-year-olds – District Attorney Leon Cannizzaro said all three suspects are repeat offenders who have been through the juvenile system multiple times.

A week before the carjacking spree, the suspects were released while awaiting trial in an earlier string of crimes. Juvenile Court Judge Mark Doherty originally had the suspects detained, but fellow Judge Tammy Stewart ordered their release on Sept. 12, officials said.

RELATED: 'No winners': 13-year-old sentenced in shooting that left man paralyzed but can get out at 17

In the recent crime spree that started Sept. 19, police say the victims were attacked by the same group of juveniles using the same technique: The youngsters yanked open the drivers’ car doors, punched their victims in the face, yanked them to the ground and made off with their cars.

Within a 24-hour period, police say the group carjacked victims at a parking lot on Elysian Fields, the next day outside of the New Orleans Center for the Creative Arts (NOCCA) building in Bywater, then about four hours later at Thalia and Dorgenois streets.

The Thalia victim said his attackers did not produce any weapons, but made menacing threats and showed no signs of nervousness.

“The fellow there introduced himself by punching me in the face, immediately. There was not a word spoken,” said a 67-year-old victim. “He finally said, ‘Get out of the car. I want the car.’…The threat was very, very direct. He said, ‘I will hurt you badly.’”

Both the Thalia and Elysian Fields victims said they were troubled when they learned that the suspect pegged as the instigator in both of their attacks is only 14-years-old.

Prior to the carjacking spree, that teen had been held in two separate crimes in which police say he used a gun.

On September 1, he allegedly held a juvenile girl at gunpoint leading to aggravated assault and false imprisonment charges, Cannizzaro aid. The girl escaped and the 14-year-old fled, but the next day he was caught burglarizing a car by the owner. The 14-year-old had a gun, but so did the owner, who held him until police arrived to arrest him, the district attorney said.

When the Thalia Street victim was told his attackers had been released from juvenile detention shortly before they were arrested in his case, he said he hopes their recidivism is taken into account at Tuesday’s hearing.

“If you've done heavy crimes at 14, right after you just got out of juvy, you probably are headed to a real career,” the victim said. “Now is the time to stop this kid. At least put him in a program someplace and try to stop him.”

Cannizzaro said his prosecutors in juvenile court will present a full criminal history at the detention hearing, including crimes going back to 2018. He said his office also will present additional crimes committed during the carjacking spree, including car burglaries caught on camera in which one of the stolen cars was used.

RELATED: How do you stop juvenile crime? Young people and experts weigh in

“We find that all three of these individuals have been involved in the juvenile justice system during the year 2018 for the same sorts of offenses,” he said.

Juvenile Court officials did not respond to requests for comment.