An easy search of the City of New Orleans’ Crime Map will show you there have been at least 975 reported car thefts throughout the city since the beginning of the year. 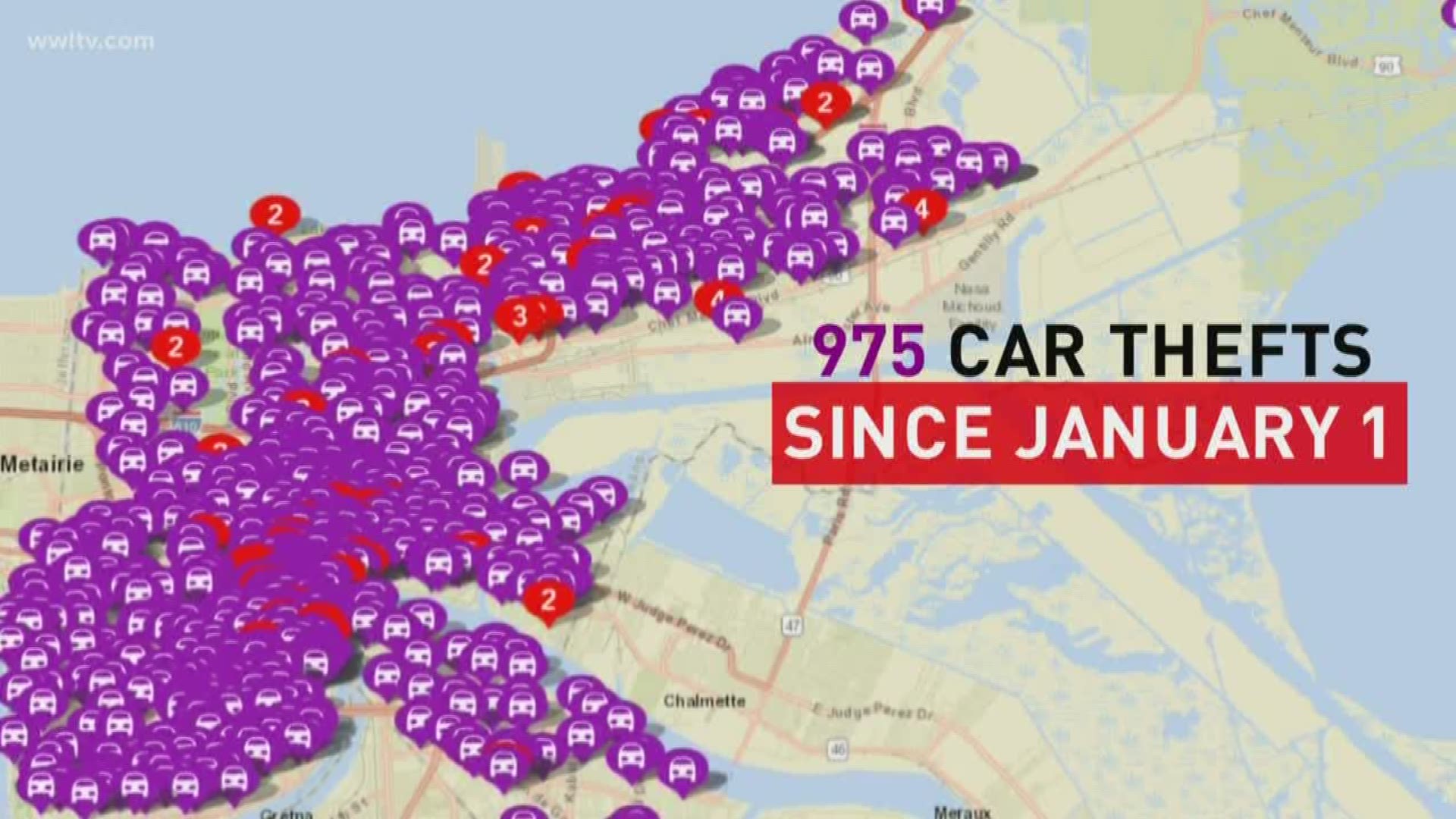 Sometimes, the crook sneaks right up behind you before taking your car, like on the night of March 11 along the 4300 block of Louisa Street. Other times, the thief will go right into your driveway and take off when you are asleep like what happened last week in Algiers Point.

“They’ll just walk right up to someone’s house and do that,” said Troy Titus who has lived in Algiers Point for six years. “It shows that they are not afraid.”

An easy search of the City of New Orleans’ Crime Map will show you there have been at least 975 reported car thefts throughout the city since the beginning of the year. Police Chief Shaun Ferguson talked about this problem just last week.

“There’s is an increase in auto burglaries and auto thefts and more importantly we have identified over that last week or two that juveniles are becoming more brazen,” said Ferguson.

Some of these crimes are violent and hit even high-ranking city leaders, as was the case in a carjacking last week in the East. The victim was New Orleans City Councilwoman Cyndi Nguyen’s father. A 15-year-old was arrested two days later.

Neighbors in Algiers Point had two auto thefts reported within just two blocks of one another last week. In both cases, it appears the driver was inside a house and away from the car at the time. It still makes neighbor Barbara Federick feel uneasy.

“It makes you feel unsafe just knowing that someone is out here and is doing that,” said Federick.

There are varying opinions on what is causing the spike in recent years and how to solve it. Some say the juvenile justice system needs to be tougher while others say more reform programs are needed. Neighbors like Titus have found success in preventing auto thefts through the area’s neighborhood watch Facebook page.

“Not only in prevention but also it’s helped in apprehending some of these guys because we’ve got them on camera,” said Titus.

ALSO: NOPD: More than 25 car burglaries in Lakeview, Gentilly over the weekend