In the second carjacking, police said 3 girls - ages 12, 13 and 16 dragged a woman out of her car and then drove away with the victim on the hood. 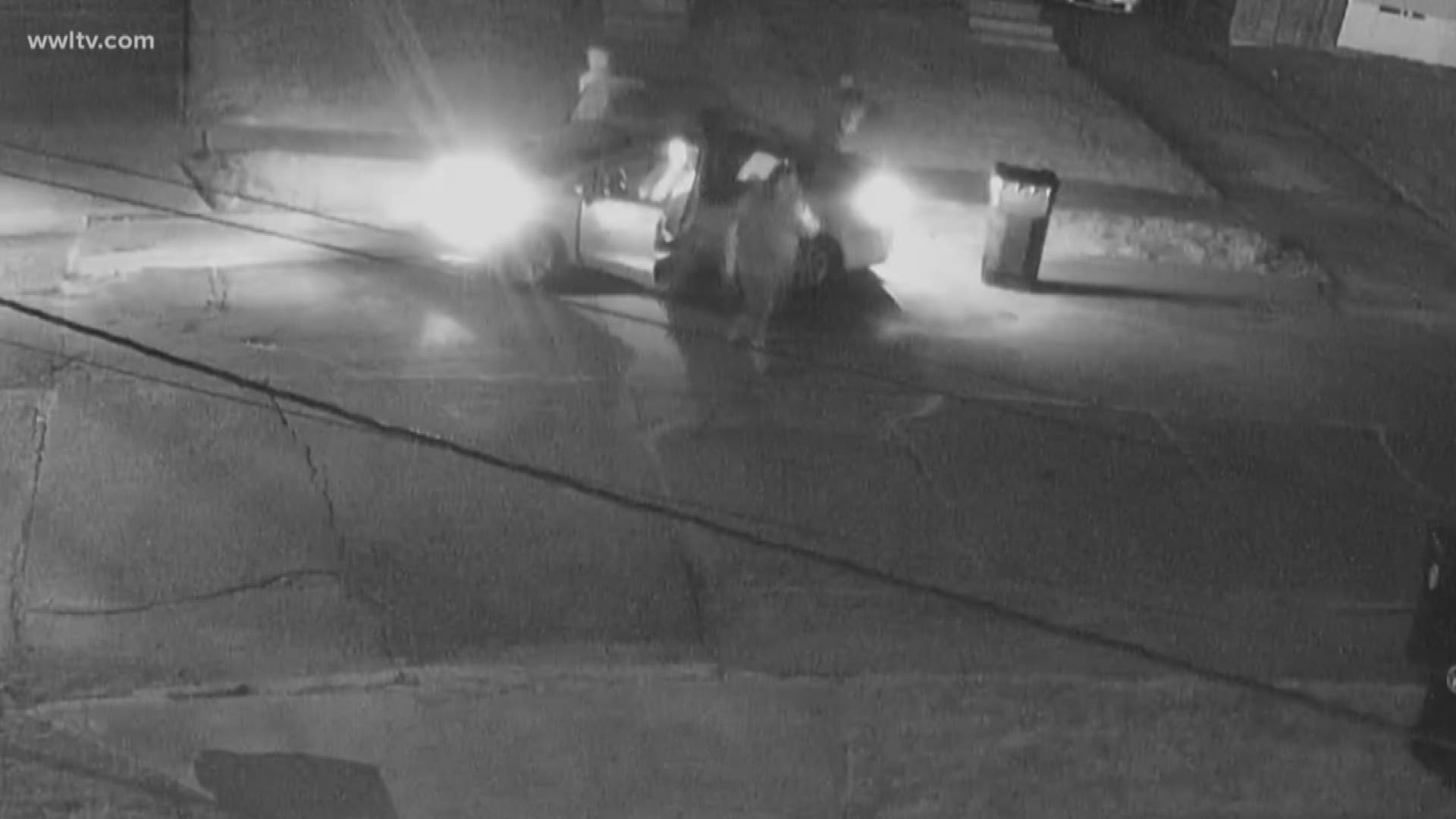 NEW ORLEANS — A home security video shows a man and a woman sitting in a car in the 6200 block of Vermillion Blvd. shortly before 7 Tuesday night.

You can see two young men approach the car, one of them pulls a handgun and points it at the person in the passenger seat.

They then order the occupants out of the car, get in and drive away.

The homeowner whose camera caught the crime on video said there was a vehicle casing the neighborhood before the carjacking. He asked that we not identify him.

"They dropped the young individuals off at the end of the block," he said. "Then they came back and they held them up at gunpoint and stole their vehicle and I believe a purse and a laptop."

The video shows a second vehicle speeding behind the carjackers.

"Someone with a pistol pointing in someone's face and stealing their property when they were just sitting there, keeping to themselves, not bothering anybody. It's very concerning," the man said.

Scott Fatland lives next door to the people who were carjacked.

"I could have been sitting outside smoking a cigarette," Fatland said. "I might not of had a car, but my wallet, anything I had on me, entry into my house, like who knows. It's just too close to home, you know."

Police are still searching for the car and the two men who stole it. The NOPD is investigating an unrelated carjacking about a mile away.

It happened near Spain St. and Mirabeau Ave.,Tuesday afternoon around 2.

The victim reportedly had agreed to drive the girls to an undisclosed location and the suspects got into a physical altercation with the woman.

Police say the girls drove a few blocks with the woman hanging on to the hood before she fell off. Carlos Lopez was painting a house nearby.

Police say the girls struck another vehicle a few blocks away and ran from the scene. They arrested the suspects in the area.