Police now say the panic stemmed from an altercation between a man legally carrying a gun and another man threatening him with a pair of scissors. 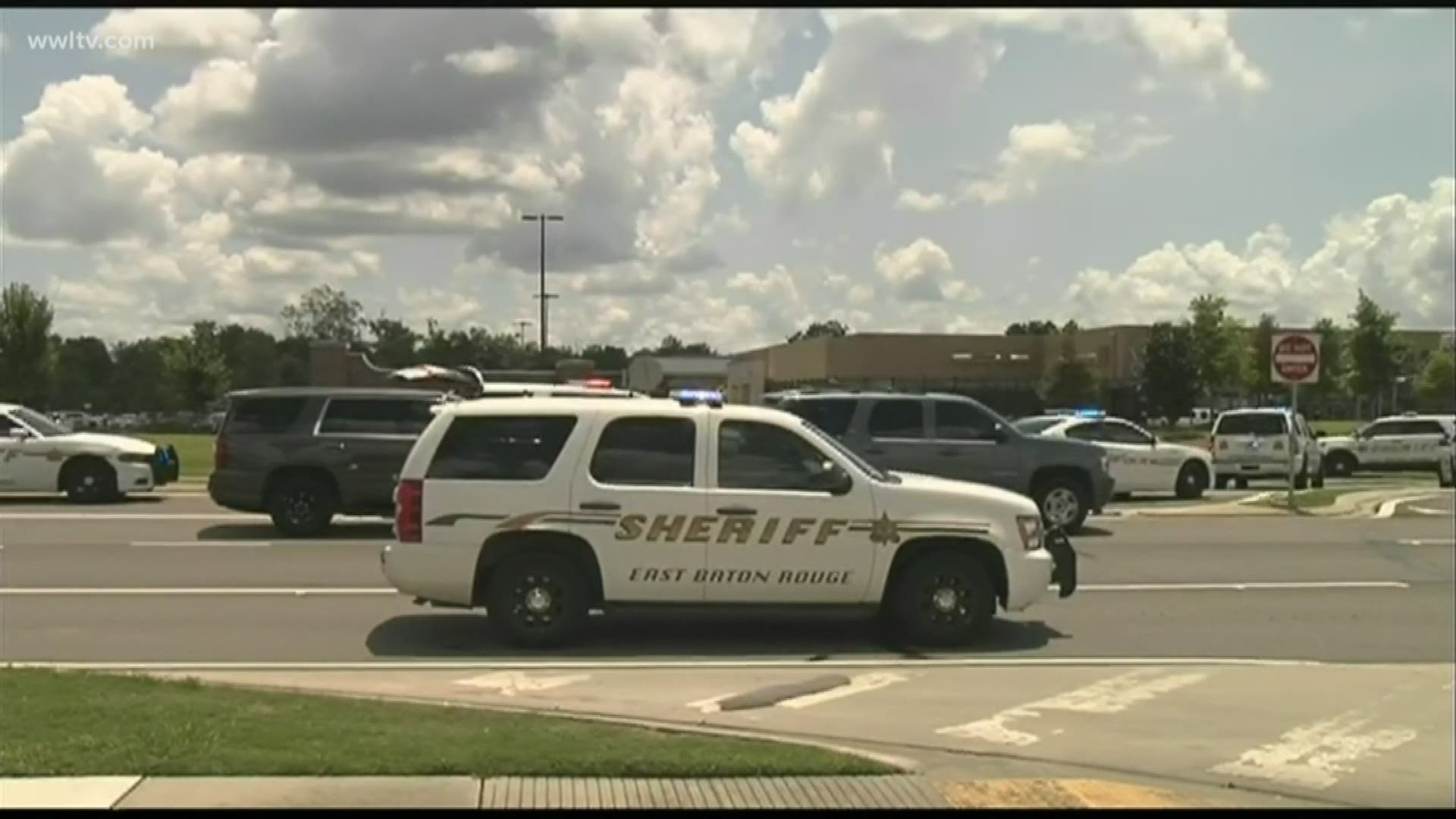 BATON ROUGE, La. — After initially reporting that an innocent bystander was shot at a Baton Rouge Walmart Monday when two men pulled guns on each other, police are now saying that no shots were fired in the confrontation.

"Preliminary investigation results gathered are that a shooting incident did not occur, however the investigation is ongoing," East Baton Rouge Parish Sheriff Sid Gautreaux said.

According to the Gautreaux, customers at a Walmart in Baton Rouge panicked after an altercation at the customer service section of the store.

RELATED: Man who pulled out gun in Baton Rouge Walmart is legal gun owner who was threatened with scissors, police say

The first man, who is still at-large, apparently approached the other and said "Hey, I've got something for ya," before walking away and then returning with a pair of scissors and threatening to stab the second man, East Baton Rouge Sheriff's officials said.

The second man, who was carrying a gun, took out his weapon and pointed it at the suspect in self-defense. The suspect then turned to run away from the gun owner and dropped the scissors in the process.

He then reached to pick the scissors back up and that's when officials said a witness apparently shouted "gun!"

That shout prompted what a sheriff's official called "total chaos," and dispatchers received 911 calls reporting what police initially believed to be an active shooter situation.

A customer was admitted into the hospital for what they told emergency room staff was a gunshot wound, but it was later learned their injuries were from a fall while trying to flee the store.

Officials said that, perhaps due to increased sensitivity from the weekend shooting at a Walmart in El Paso, Texas, customers raced from the store, in some cases placing 911 calls to report a shooter at the store.

East Baton Rouge Sheriff Sid Gautreaux said Monday afternoon that earlier reports he gave about a bystander being injured by a stray shot were not accurate after a viewing of surveillance video in the store.

According to Gautreaux, there was an altercation in the store’s customer service area and the two men did pull out weapons, but no shots were fired, despite reports from some witnesses.

Dozens of law enforcement officers responded to the scene as if there were an active shooter.

“Given the recent events in El Paso and Dayton, and given the initial information we received via 911 calls and witnesses exiting the store, we responded with what we feel is appropriate,” he said in a statement. “The national climate regarding these incidents has the nation on edge and citizen’s anxiety levels much higher than normal.”

Gautreaux said that one of the men who drew his weapon at the store was detained and another was able to get away.