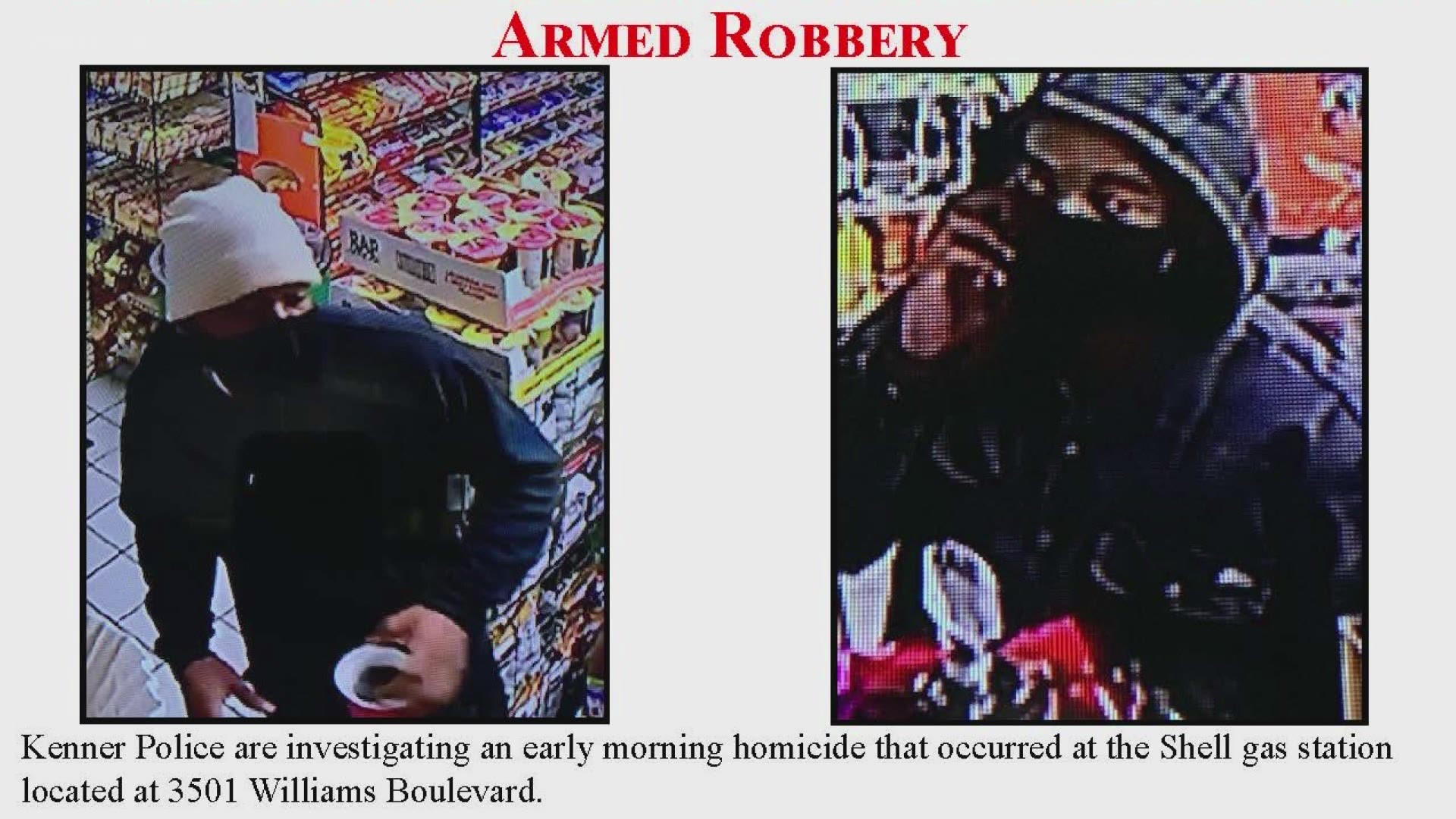 KENNER, La. — The Kenner Police Department released new surveillance photos of the two men who killed a gas station clerk while he was on his knees during a robbery on Monday morning.

Police said they've received several tips on the shooting and are investigating all of them in hopes of making a quick arrest and getting justice for Abd El Ghader Sylla.

Early Monday Sylla was minding the place when two men came in, got him to hand over $100 in cash, and had him on his knees. One man was keeping an eye at the door. The other brandished the gun, but instead of just leaving with the cash they had come in to get, he fired his gun and struck Sylla.

The clerk was able to call for help and was taken to the hospital, but he did not survive.

Sylla had reason to be working at the early hour. He had a wife, a 1-year-old child, and another on the way. His grieving widow said her husband was originally from Mauritania in Northern Africa. She met him soon after he moved to the New Orleans area about 4-and-a-half years ago.

“He was the nicest man,” she said. “Everybody who knew him thought that. He loved his family. He would do anything for anybody.”

RELATED: Gunman kills Kenner gas station clerk 'on his knees' after handing over all the money: Police

RELATED: Senseless: He had just started a new job, now he leaves behind a pregnant wife and a 1-year-old

She said Sylla had worked at a number of convenience stores before the Shell station. In fact, she had met him when he was working behind the counter at another store. He struck up a conversation, she said, and she began visiting him at the store almost every day.

“He had his hands up. It appears he had been begging for his life,” said Kenner Police Lieutenant Michael Cunningham. “It hits you hard. We had veteran police officers who were overcome by that.”

Police are looking at the video for clues and to see if there was perhaps a getaway car involved. In addition, they say they are checking with local police agencies for any similar-type crimes.

“For a small amount of money like that, the victim complied, did everything he was supposed to do, and he was still shot. It makes no sense as to why they would want to kill him,” said Cunningham.

Police said the suspects, who were heavily-masked, should be considered armed and dangerous.