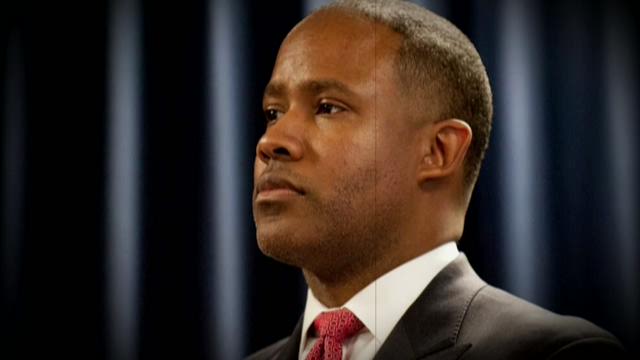 NEW ORLEANS - Three-and-a-half years after he took over a U.S. Attorney’s Office rocked by an online commenting scandal, Kenneth Polite says he’s proud that he restored public faith in a federal prosecutor’s office that is more focused on violent crime, crime prevention and cutting down on recidivism.

Polite looked back on his tenure after he was forced to resign immediately Friday, part of a nationwide directive from Attorney General Jeff Sessions to clear the decks of holdovers from the Obama administration.

Based solely on the volume of prosecutions during Polite’s time as top federal law enforcer, the record does not look good.

His office brought 333 new criminal prosecutions in the 2015-2016 fiscal year, the fewest in the Eastern District of Louisiana in the last 20 years, according to data compiled by the Transactional Records Access Clearinghouse at Syracuse University.

That’s barely more than half the number of criminal cases lodged by former U.S. Attorney Eddie Jordan in 1999-2000. Jim Letten brought more than 500 cases per year in nine of his 11 years at the helm. And the 2016 total for Polite’s office was even fewer than the lost Hurricane Katrina year of 2005-2006.

“I think it’s really a reflection of what our mission was under the (Obama) administration under Smart on Crime, which was designed and always understood to result in fewer prosecutions at the federal level,” Polite said.

The Smart on Crime initiative called on federal prosecutors to focus more on crime prevention and re-entry programs for convicts, and not just on prosecution and enforcement. Polite took that to heart.

He said he tried to do fewer cases with greater impact, such as larger drug busts and sweeping racketeering cases against notorious New Orleans street gangs. He also expanded the national security unit in his office from one prosecutor to six, dovetailing with new counter-terrorism initiatives implemented by FBI Special Agent-In-Charge Jeff Sallet.

“They’re more violent individuals, more egregious polluters, they’re human traffickers, they’re child pornographers,” Polite said. “Those are the types of cases that in past administrations were not primarily a focus of the work of U.S. Attorney’s Offices.”

Rosenberg praised Polite, who was born to teen parents in a New Orleans public housing project and whose father is a police officer, for his work in the community.

Polite introduced a program, which he learned from a Michigan businessman, that called on local businesses to pledge to hire at least two ex-convicts for at least two years. There were pledges from 25 businesses and Polite’s office helped coordinate with state re-entry courts to match ex-offenders with jobs.

“Kenneth was able, I think, to restore confidence in the office,” Rosenberg said.

Still, some in the legal and law enforcement community complained Polite’s office had lost Letten’s tough edge against public corruption. The local FBI office, after all, has the third most open and active corruption cases in the country.

The FBI’s Sallet said Polite has been strong in that regard and, again, the number of cases is not the proper measuring stick.

“Public corruption investigations have a very long lifespan, meaning a lot of the work that we do is behind the scenes, and because you don’t see it in the courtroom doesn’t mean that the special agents, professional staff and prosecutors are not working on investigations,” Sallet said.

One of Sallet’s agents, Mike Zummer, called attention to the tension between the FBI and the U.S. Attorney’s Office by writing letters to a federal judge and a congressional committee alleging a sweetheart deal for Harry Morel, the former St. Charles Parish district attorney who allegedly received sexual favors from women in exchange for his official help, but ended up pleading guilty only to obstruction of justice.

Zummer’s allegations are still under investigation and his letter to the court is under seal. Zummer has been suspended and Sallet declined to comment.

What’s more, it was Letten’s office that passed on the case, while Polite reopened it. He said he “stuck my neck out” against warnings from the career prosecutors in his office to charge Morel.

He said his staff told him “the critical witness is dead, this is going to be a very challenging situation. And yet and still, I made the decision to reopen that case, work with the FBI, get it back into a situation where a grand jury was reopened and ultimately led to a conviction and significant jail sentence of three years for a 73-year-old former district attorney. In my view, that’s a win for the office.”

“Sometimes it’s not as fast as people think it’s going to be, or should be, and I appreciate that as well, but our cases are done thoroughly, completely, our conviction rate proves it,” Polite said of a rate in the high 90s that outpaces the national federal conviction rate of 93 percent.