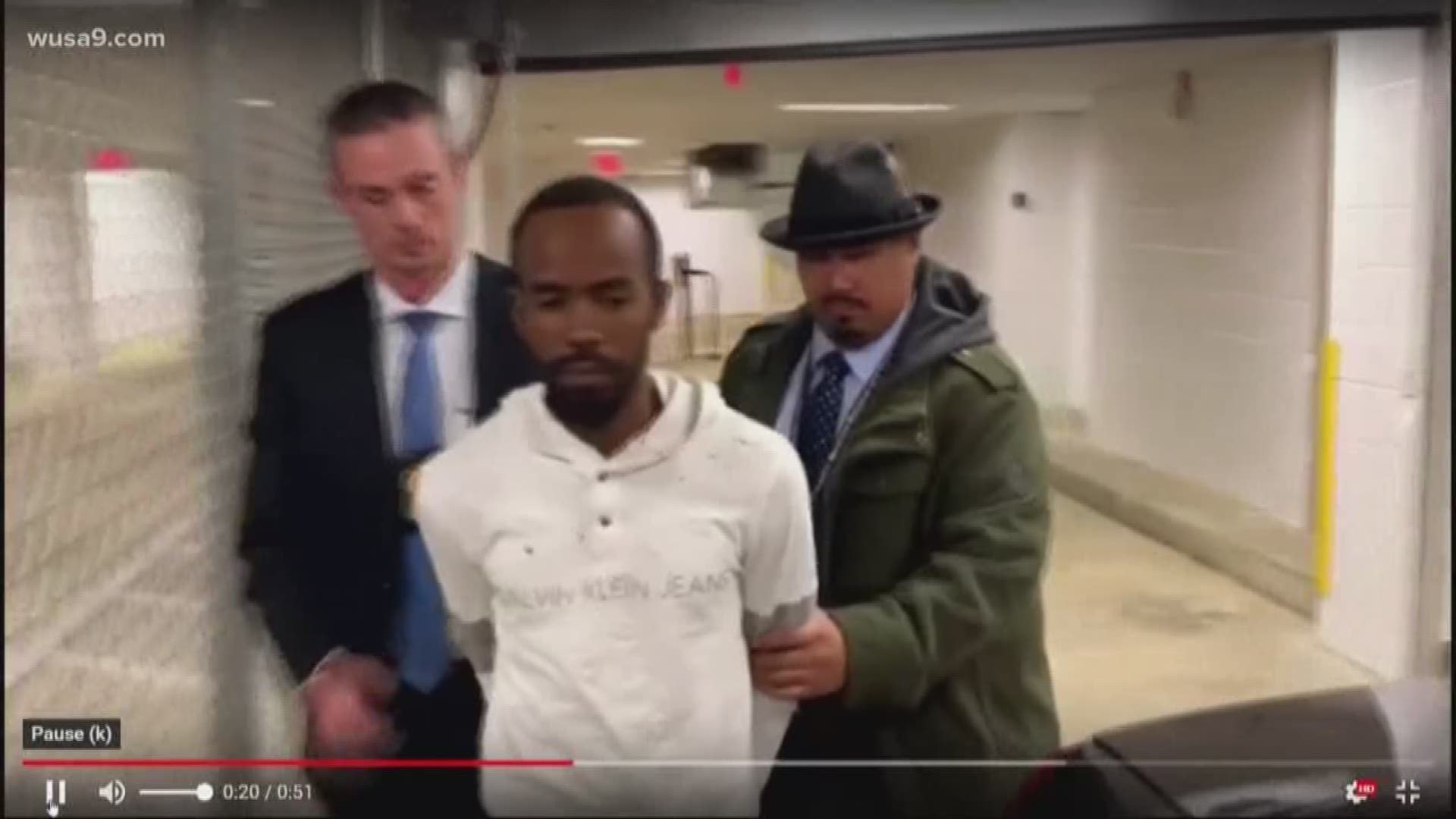 PRINCE GEORGE'S COUNTY, Md. — Prince George's County police announced early Thursday morning that they located and arrested a suspect in the fatal stabbing outside of a Popeyes in Oxon Hill, Maryland.

Police have identified the suspect as 30-year-old Ricoh McClain of District Heights, Maryland. Investigators tracked down McClain at a home on Nova Avenue in Capitol Heights.

Preliminarily, authorities believed McClain was the acquaintance of a person staying at that residence.

Police said the incident started when a man cut the line to get the restaurant's new chicken sandwich.

Police said McClain is charged with fatally stabbing 28-year-old Kevin Tyrell Davis, who had apparently cut a 15-minute line inside an Oxon Hill Popeyes restaurant to get one of the franchises' wildly popular sandwich.

Authorities said in a news conference that Davis worked his way through the front of the line to order when he got into an argument with McClain.

The confrontation was taken outside of the restaurant where Davis was stabbed. Davis was taken to a nearby hospital with life-threatening injuries and was pronounced dead shortly after, police said.

Authorities said McClain was accompanied by a woman and possibly children. It's unknown if the woman still remains at large in regards to the incident.

The two men were strangers at the time of the fatal confrontation, according to police investigators.

RELATED: Friends of man stabbed to death at Popeyes say it was not over a chicken sandwich

Police said they also received multiple tips from the community.

Meanwhile, Davis had been indicted by Prince George’s County Grand Jury on charges of being a felon in possession of a firearm, according to online records. He died two days before he was scheduled for an arraignment in the weapons case.

WUSA9 spoke with the friends and family of the victim and they believe Davis was not killed over a chicken sandwich and that "it was deeper than that," one friend said.

Davis, known as KD, "was the light and heart of his family and friends, with a smile as bright as the sun," according to a GoFundMe page posted by Yolanda Barnes of Upper Marlboro, Maryland to raise money for Davis' funeral.

"He thoroughly enjoyed life and lived every day to its fullest," the post said. "He truly lived his 'best life!' He enjoyed creating music and the company of his community. KD will be dearly missed by all those who had the honor of knowing him."

A funeral for Davis has been announced for Nov. 18 at the First Baptist Church of Glenarden, according to a funeral home announcement.

Barnes is seeking at least $20,000 to pay for Davis' funeral, according to the GoFundMe page.

RELATED: Police: Fatal stabbing at Popeyes happened after a man cut in line while waiting for a chicken sandwich