Prosecutors presented the images during a detention hearing for Holden Matthews, 21, saying they had been recovered from Matthews' phone. 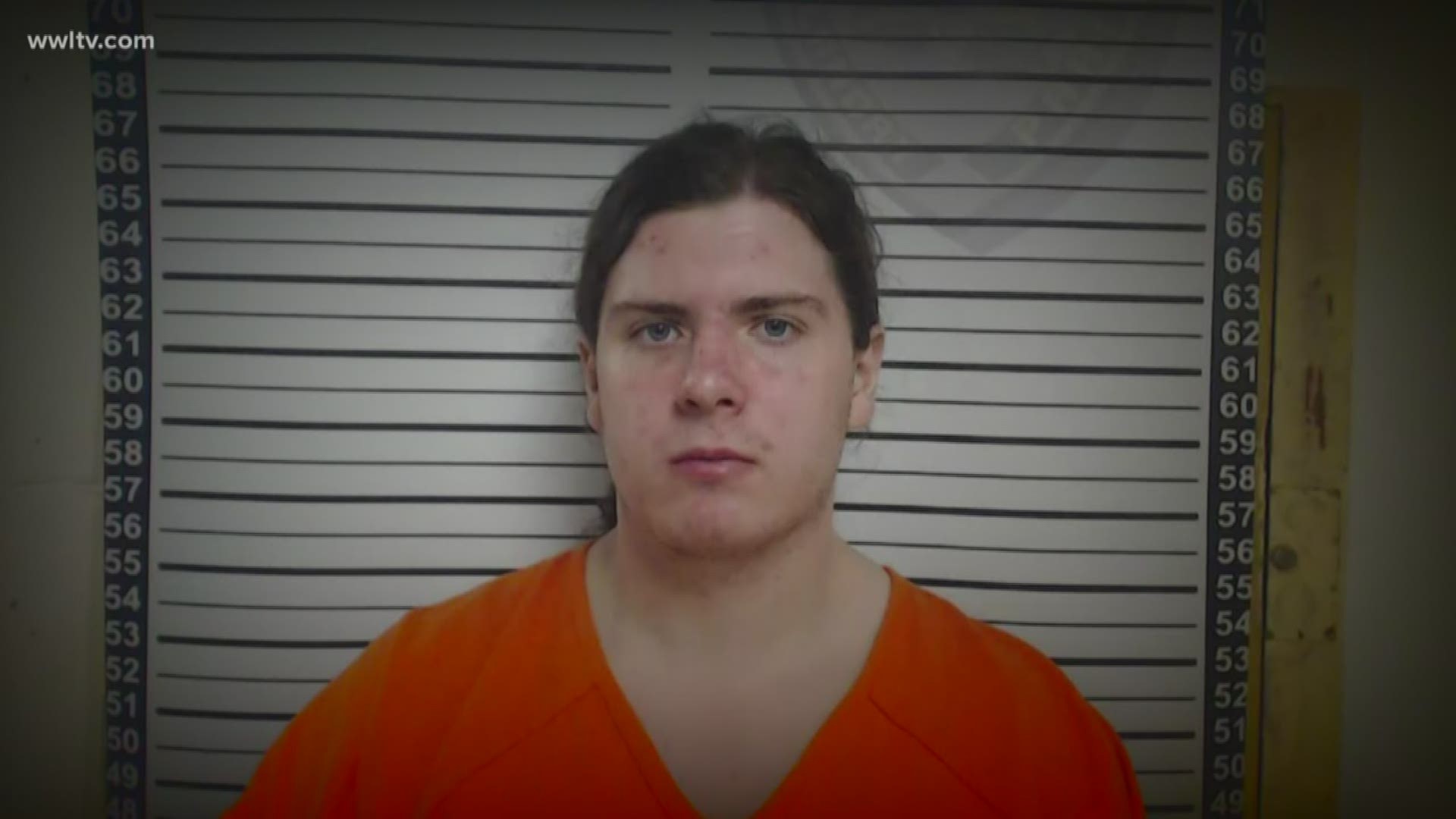 OPELOUSAS, La. (AP) — The suspect in three Louisiana church arsons took photos and videos of the fires while they were burning and shared them with his friends, federal prosecutors said Monday.

Prosecutors presented the images during a detention hearing for Holden Matthews, 21, saying they had been recovered from Matthews' phone, news outlets reported.

Some of the images had been edited to include a logo for Matthews' band called "Pagan Carnage." Prosecutors showed an edited album cover of Matthews holding a knife superimposed over pictures of two of the fires. Matthews' lawyer Dustin Talbot said his client is never seen in the photos or videos, other than the edited covers.

Prosecutors presented messages they say Matthews sent to friends in the black metal music community. One message included song lyrics about burning churches. "I practice what I preach," one message said.

Three historic African American churches were burned in a span of 10 days, beginning in late March, in and around the city of Opelousas in St. Landry Parish, where Matthews' father is a sheriff's deputy. Matthews was indicted earlier this month on federal hate crime charges. He has pleaded not guilty to those charges, as well as to state charges.

In another string of messages, a different friend asked Matthews if he was worried he would get caught. "It's been a week and they don't know what caused (the fire)," Matthews said, according to investigators. Later, he wrote the same friend that he may burn another church that night, officials said. Hours later, Greater Union Baptist Church in Opelousas burned.

Cell tower data placed Matthews near the fires when they happened, according to prosecutors. They also presented surveillance images and a receipt from Walmart showing Matthews bought a gas can three hours before the first church fire.

Matthews' lawyer said his client is an impressionable young man looking for acceptance among fans of black metal music. "It's not a person who woke up with hate in his heart," Talbot said. "It's someone who was unduly influenced."

Matthews' parents testified their son watched the movie "Lords of Chaos" two months before the first fire. The film depicts black metal musician Varg Vikernes, who was convicted of murder and church arsons in the early 1990s.