Police say their car was stolen with gifts hidden in the trunk and now they need your help finding who did it. 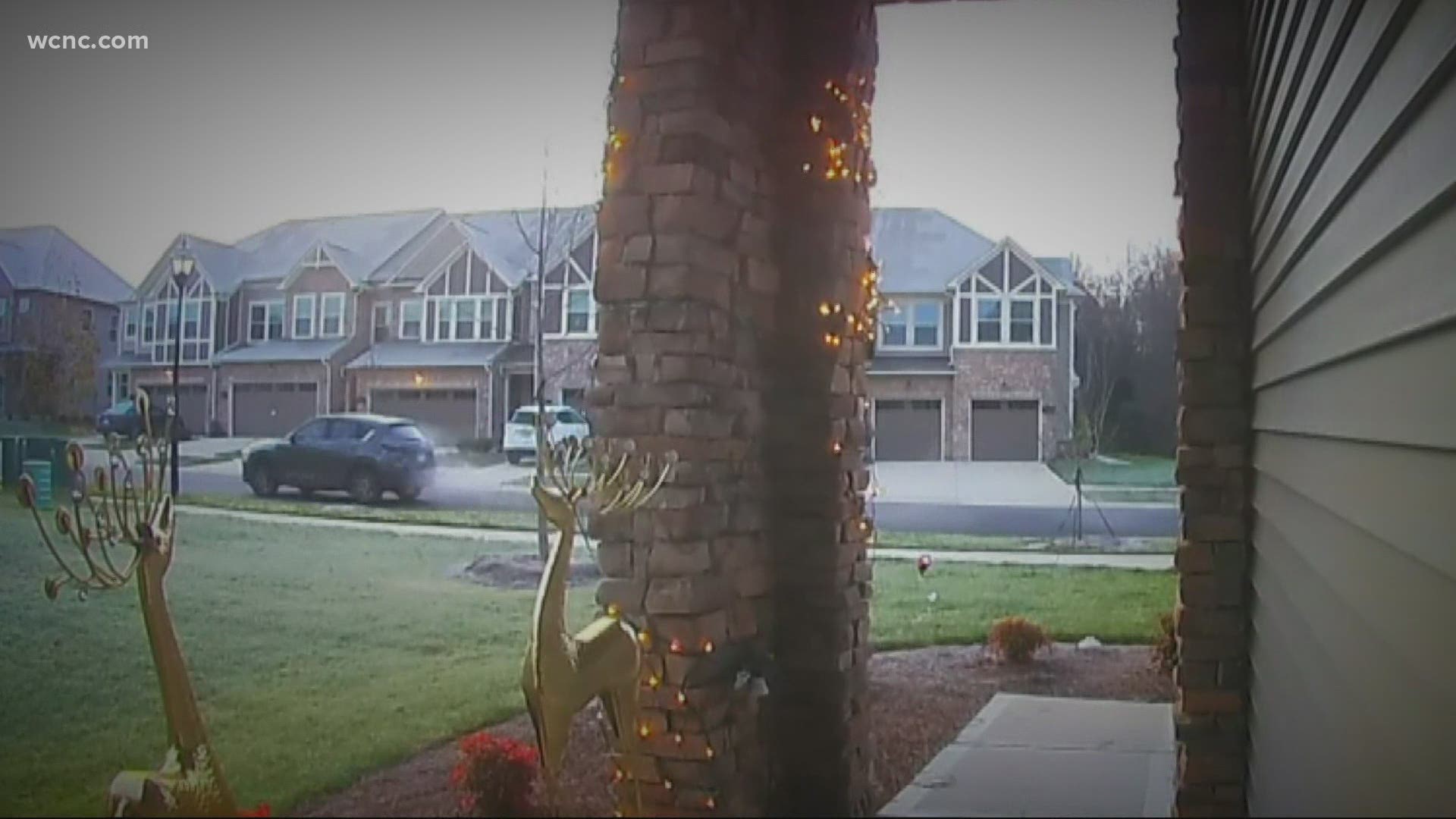 CHARLOTTE, N.C. — A Charlotte family is asking for help saving Christmas for their two little girls after their car was stolen out of their driveway with their gifts inside.

Charlotte-Mecklenburg Police responded to the theft in Charlotte's Steel Creek neighborhood Wednesday morning. According to police, several Christmas gifts were hidden inside the trunk of the car when it was stolen.

"It gets me angry," said Tony Wint.

Wint told WCNC Charlotte that he was warming up his car in the driveway early in the morning. He said he went inside to get his two little girls to take them to school, and when he came back out, his car was gone.

"Now I have to scramble to see what I can do for Christmas for my girls and my wife," he said.

Wint and his wife said they tried hard to give their two girls a good Christmas after a tough year.

Just spoke to a Steele Creek family. Their Christmas won’t be the same. The father’s car was stolen from their driveway early Wed. morning, with his kids’ Christmas gifts hidden in the trunk. The surveillance vid and their story at 11 @wcnc pic.twitter.com/keFtaBBbB4

Surveillance video from the family's Ring camera caught some of the crime. In just a split second, the Grinch was gone, getting away with the family's gifts, too, just after dawn.

"I mean it's going to be difficult," Wint said. "I mean in this time, every dollar, every cent counts."

Wint believes his Ring camera also saw the thief scoping things out just before the crime.

"And then he kind of walks back to see like, what's going on," he said as he explained what he saw in the video that shows a suspicious man wandering back and forth in front of his house.

Wint said he knows he shouldn't have left his car running, but it's now a tough reality.

"I don't know what I'm going to do," he exclaimed.

More stories on WCNC: 'It's been about 15 days and I keep getting the same messages': How long could it take a USPS holiday package to arrive?

With his high-security work ID stolen too, Winy can't work until it's replaced. He said he doesn't know where to start and is asking this Grinch to just have a heart.

"Just drop the gifts off at the door and you can take the car," Wint pleaded.

If you have any information regarding this crime you are asked to call CMPD. Witnesses can call CMPD's Crime Stoppers tip line at 704-334-1600.