Bogalusa and Washington Parish officials had strong words following a shooting that left 13 wounded at a gathering of 500-800 people Saturday. 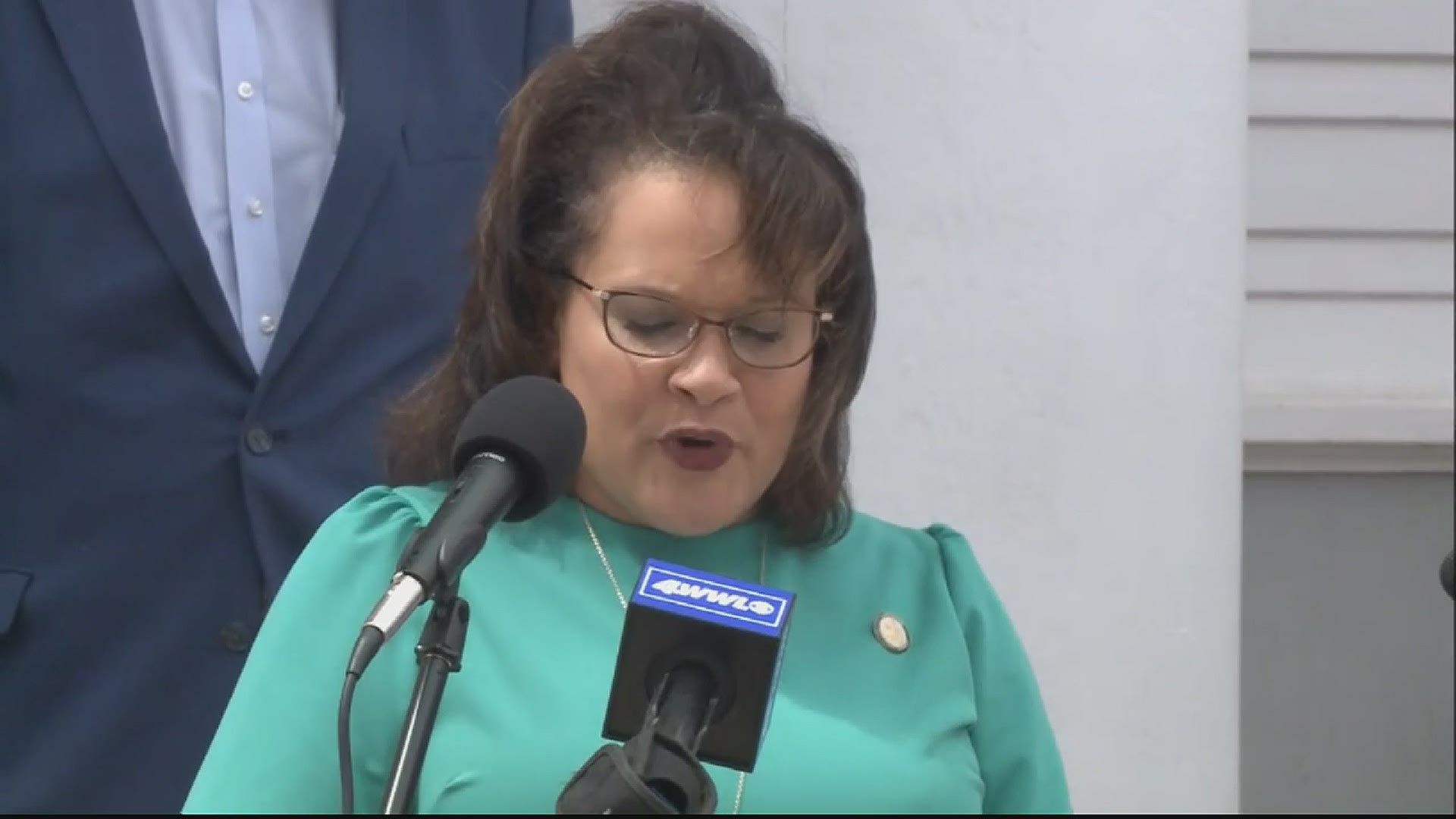 NEW ORLEANS — Law enforcement leaders had fiery words for those responsible for a mass shooting that injured 13 people in Bogalusa, as well as for the organizers of the huge event where the shots were fired.

12 men and one woman were wounded, some critically, when gunfire erupted in a crowd of hundreds during a memorial gathering on Martin Luther King Drive Saturday night, Bogalusa Police Department Maj. Wendell O'Berry said.

Others were injured in a car crash as they tried to flee. After finding various shell casings of different caliber around the scene, investigators believe multiple shooters were involved.

“The scene was chaos," O'Berry said during a press conference Monday morning.

According to O'Berry, as many as 800 people gathered Saturday following a memorial service for Dominique James, a 29-year-old man found dead on May 9. Police are investigating his death as a homicide.

Shots popped off several hours into the gathering and led to a bloody scene with hundreds attempting to flee as police and EMS personnel responded. The moments leading up to the violence are still under investigation, although officials said they suspect a drug-related dispute.

O'Berry and Washington Parish Sheriff Randy Seal condemned the shooting and the gathering, which was not permitted under COVID-19 safety rules. So far, no arrests connected to the shooting have been made and no suspects have been named.

“Satan has taken over Bogalusa, and it’s time we take it back," Seal said, pointing toward drug-related violence in the city.

They implored the public to come forward with the identity of the shooters. Seal said he knows that attendees know who the culprits are, but fear retaliation for giving information to the police.

"The only way were going to turn this city around is to tell who did this. Telling on a crime is not ratting. It’s doing the right thing. We’re going to have to preach it in our pulpits," Seal said.

O'Berry said investigators were working with the family of James to get information on who organized the event, and charges for breaking social distancing rules may be on the way.

“In the midst of a pandemic like this, I don’t know who thought it was a good idea to have a gathering of 500 people, to have a barbecue on a Saturday evening. It’s ridiculous," O'Berry said. "To say it was a bad decision is a gross understatement.”

Police were first learned of the gathering around 5 p.m. Saturday, when they responded to a traffic accident in the area and found crowds spanning for blocks near Martin Luther King Drive and East 4th Street.

O'Berry said the five BPD officers available were unable to control the large crowd, and several arrests were made for other incidents in the hours leading to the shooting, which happened around 9:10 p.m.

The BPD is working with parish, state and federal law enforcement to find the shooters.

The gunshot victims' ages range from 22-45 years old, O'Berry said. Most were taken to Our Lady of the Angels Hospital via ambulance or private vehicle. Others were medivaced to nearby trauma centers.

Bogalusa has a population of about 12,000 and is the principle city in Washington Parish, located about 70 miles north of New Orleans across Lake Pontchartrain.