"About 8 o'clock there were six gunshots back to back and my door was open. I was very scared," the woman said. 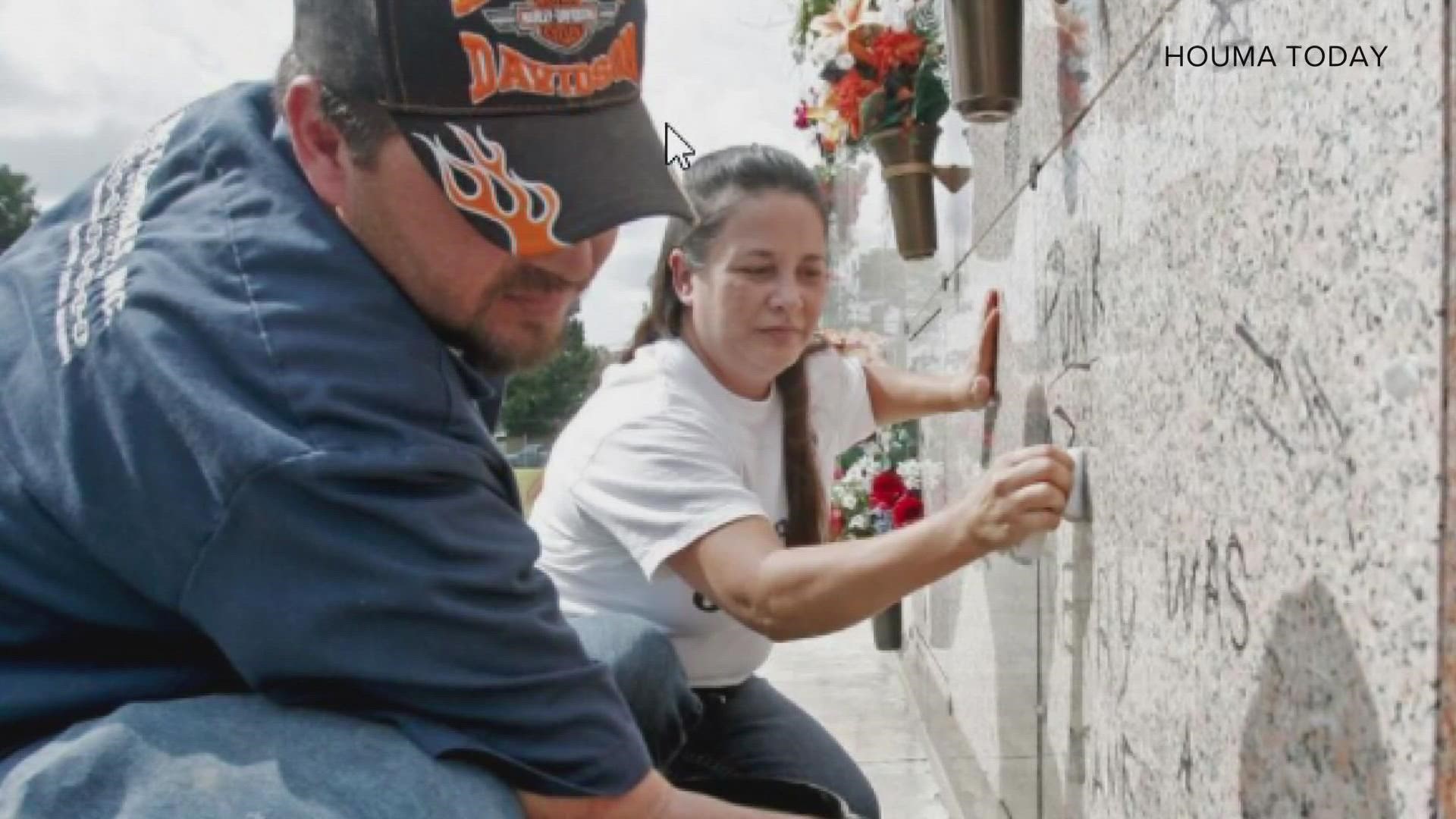 SCHRIEVER, La. — A murder suspect surrendered to police early Sunday morning after allegedly shooting at two people he knew and a state trooper.

The neighbor who did not want to be identified had a sleepless night as she heard gunshots outside her home with her two kids inside.

"About 8 o'clock there were six gunshots back to back and my door was open. I was very scared," the woman said.

According to the Terrebonne Parish Sheriff's Office, deputies responded to the 1800 block of Bull Run Road just after 8 p.m. Saturday in reference to two subjects being shot.

They quickly identified 38-year-old Patrick Waddle as the suspected shooter. He allegedly arrived at the victims' residence and began shooting from outside. A male and female were shot. Lisa Eschete, 51, did not survive. As of Sunday afternoon, the man was still hospitalized.

"I seen 30 to 40 police just come crossing out of the road, just you know, speeding, going through the woods," the neighbor said.

Louisiana State Police also responded and began searching for Waddle. During the manhunt, Waddle allegedly shot at troopers, injuring one.

"As our troopers arrived in the area, they saw a vehicle that matched the description. As that vehicle approached them, the subject inside that vehicle decided to shoot towards our troopers," Louisiana State Police Troop C Trooper Ross Brennan said.

Brennan said the injured trooper suffered a graze wound to the head.

"After he arrived to the hospital, he was soon after discharged and he's doing well right now," Brennan said Sunday morning.

According to the Terrebonne Parish Sheriff's Office, Waddle lives on Bull Run Road just about a half-mile from the victims. Deputies didn’t release a motive but said Waddle and the victims know each other. According to neighbors, there's been conflict between them that goes back more than a decade.

"I do know they had some issues," the neighbor said.

According to a 2009 article by Houma Today, the victims' 19-year-old son died when he stepped out of a moving truck. Terrebonne Parish deputies at the time told Houma Today that Waddle was driving that truck.

"She's never gotten that closure and they never did say why he opened the car door," the neighbor said.

Louisiana State Police is conducting the investigation into that the trooper being shot. Troopers say he faces five additional charges of attempted first-degree murder on a police officer in addition to any charges filed by the sheriff's office.