“It was such a senseless way to die. It is so heartbreaking and upsetting.” 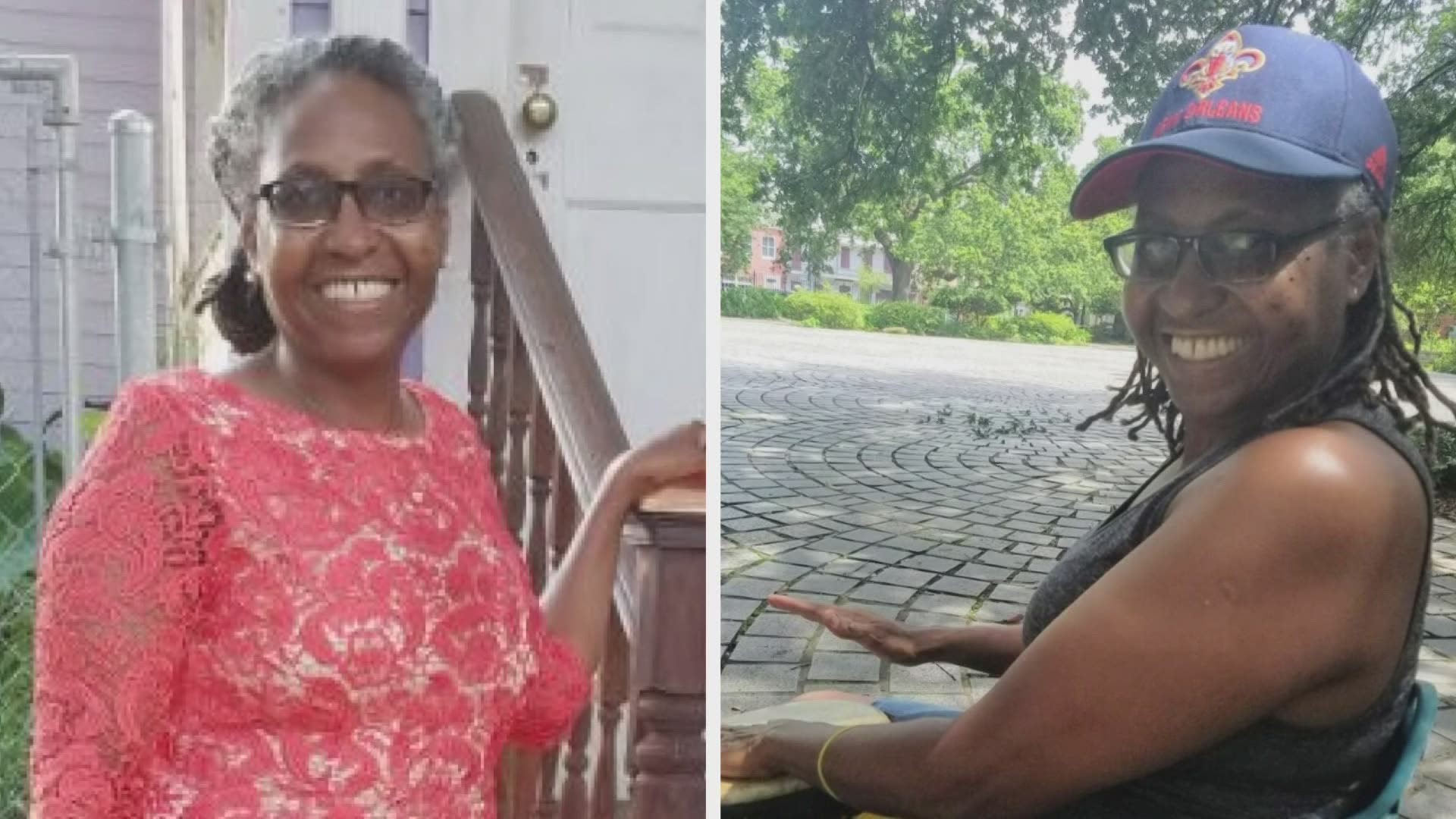 NEW ORLEANS — Portia Pollock was getting ready to leave for the job she loves as a physical therapist when someone fatally stabbed her in the chest and stole her car.

She was the latest crime victim in New Orleans and the loss of the 60-year-old who moved to the city for college and fell in love and returned a few years after graduation was felt by those who knew and loved her.

Fatima Muse is Pollock’s niece. She got a phone message from one of her aunt’s friends and said she was not prepared for what she heard.

“I was thinking maybe she’s been in a car accident or something happened, and they need me to come there. Never in a million years would I have thought she was calling to tell me that Portia was dead.”

Muse said the crime still has few answers and she is trying to make any kind of sense of it.

“To know that she didn’t die, she was murdered,” she said while holding back tears. “It was such a senseless way to die. It is so heartbreaking and upsetting.”

Muse, who's also Pollock's goddaughter, says the last time she talked to her aunt was last week. She got a call from her two days ago but was unable to answer.

Police chief Shaun Ferguson says because of what happened on North Dorgenois Street, he's pleading with the community to watch out for one another and keep safety on the mind.

Muse says her aunt never married or had any kids, making Muse the closest thing to one. Muse says her aunt moved to New Orleans for undergrad, graduating from Xavier University, before heading to physical therapy school at Georgia State.

A fixture in Congo Square, Muse says she also loved drumming and was dedicated to her profession of physical therapy, mostly helping the elderly.

“There wasn't' anything to not love about her. I don't think you could find a person who would say she wasn't wonderful.”

Now remembered for her huge smile, self-Iess giving and gracious heart, Muse says her aunt's spirit will continue to beat through the community she loved.

“I will miss her terribly.”

RELATED: Arrest made in party shooting that left 12-year-old dead