Sheriff: Father shot after chasing down man who allegedly shot his son

The family members were among four people shot by a suspect in two separate incidents Wednesday night in St. Rose. 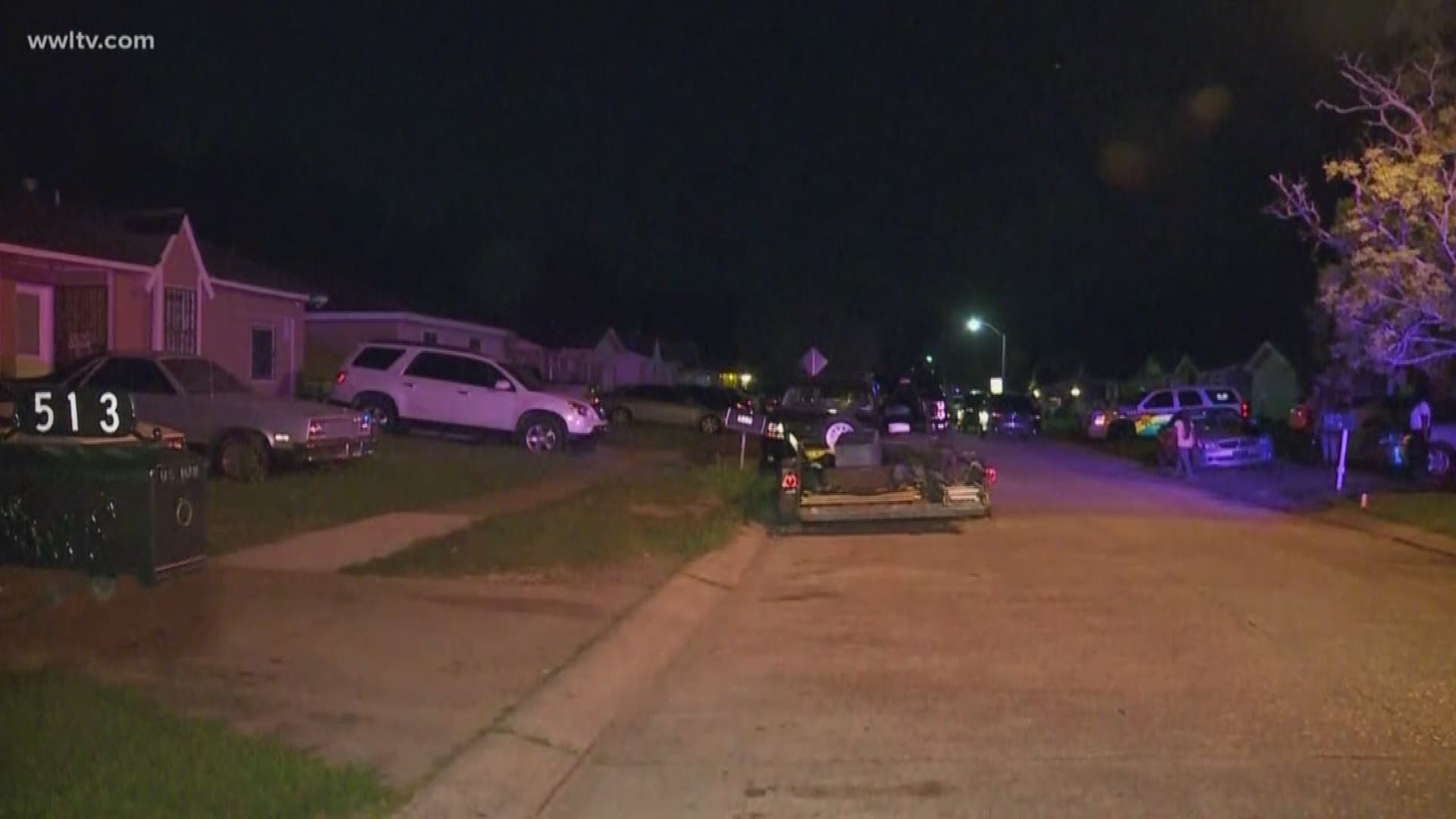 ST ROSE, La. — A man was shot after chasing down the person who allegedly shot his son and two other people in St. Rose Wednesday night.

Around 6 p.m., 19-year-old Cyrus London Jr. and two unidentified juveniles were in the parking lot of a strip mall in the 100 block of St. Rose Avenue when they were approached by a suspect the sheriff's office identified as Je'Marius Beason.

Investigators said they believe Beason and London Jr. had a previous conflict and that Beason allegedly pulled out a handgun and fired a half dozen shots at the three victims.

London Jr. was struck twice, once in the chest and once in the abdomen. He was taken to University Medical Center in New Orleans, where he was listed in "good condition" as of Thursday afternoon.

Another victim, a male juvenile, was shot in both legs. He was also taken to University Medical Center, where he was listed in "critical condition." He is currently scheduled for surgery, according to sheriff's officials.

The third victim, a female juvenile, was shot in the right index finger while reportedly trying to put herself between Beason and London Jr. She was taken to Ochsner in Kenner, treated and released.

After the shooting, Beason fled on foot down River Road towards the Preston Hollow subdivision, according to sheriff's officials. London's father, Cyrus London Sr., had learned of his son's shooting and was driving to the parking lot, when he saw the suspect running. London Sr. followed Beason to the 400 block of Turtle Creek Lane and confronted him.

During this showdown, both men fired guns at each other. London Sr. was shot in the upper chest during the gunfight. He was treated at University Medical Center and discharged, but was immediately arrested and charged with attempted murder.

Beason, who wasn't injured, fled the scene of the second shooting to a home further down Turtle Creek Lane, and a family member at the house called the St. Charles Sheriff's Office. Deputies arrived and took him into custody without further incident.

Beason was charged with two counts of attempted second-degree murder and one count of negligent injuring. As of Thursday, he is being held at the Nelson Coleman Correctional Center in lieu of $400,000 bail.

London Sr. was booked into the same correctional facility on a $500,000 bond for one count of attempted second degree murder.

Sheriff's officials did not give details about court dates for either man.