Both from Raceland, the victims were Aliza Gabriel, 21, and Tanasa Francis, 20, a statement from LPSO said Sunday afternoon. 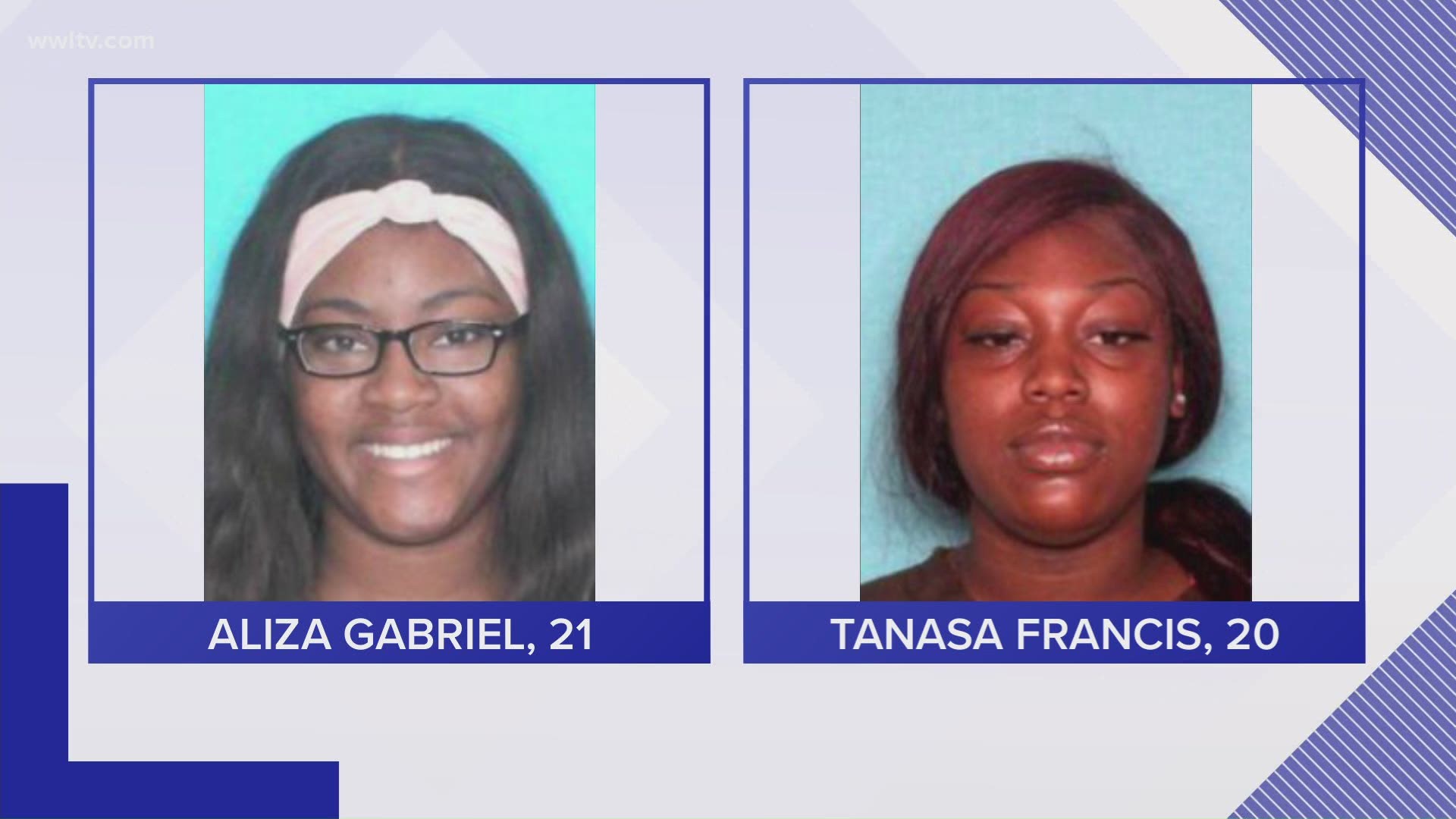 RACELAND, La. — The two women who were killed in a Raceland shooting early Sunday morning have been identified by the Lafourche Parish Sheriff's Office.

Both from Raceland, the victims were  Aliza Gabriel, 21, and Tanasa Francis, 20, a statement from LPSO said Sunday afternoon.

Sheriff Craig Webre said in a statement that the two women were bystanders to a large group of people gathering near St. Louis Street in Raceland.

Shortly after police responded to reports of a disturbance in the area, just after midnight Sunday, they reportedly heard several shots.

Later reports said deputies and other bystanders worked together to perform CPR on the victims as they waited for an ambulance. The two victims were pronounced dead at the scene.

“These two young women were completely innocent bystanders who lost their lives through this heinous act of violence by one or more individuals with no regard for human life,” said Sheriff Webre. “There were a large number of people present during the incident, and we need the community’s help to identify and locate those responsible. Any little detail you could share might be a tremendous help.”

No suspects have been arrested as of Sunday afternoon, the sheriff's office said.

Authorities are asking any eyewitnesses or anyone with information, video, or photos from the incident to contact the Lafourche Parish Sheriff’s Office at (985) 532-2808.  Tips can also be submitted through Crime Stoppers Bayou Region by phone at 1-800-743-7433 or online at www.crimestoppersbr.org.