NOPD posted hours later to Twitter, that the other three victims have been listed in stable condition. 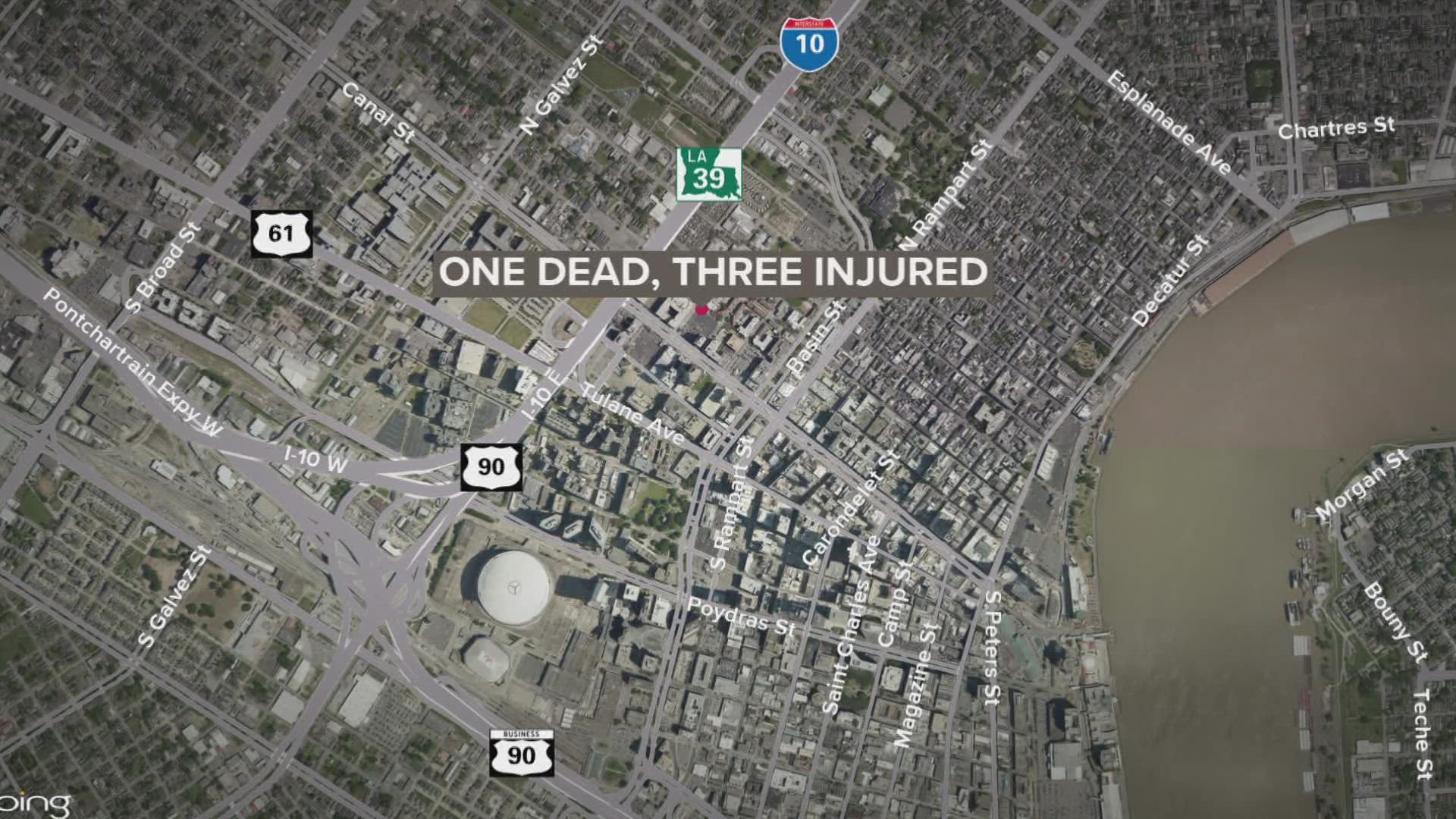 NEW ORLEANS — A juvenile is dead and another was taken into custody after a shooting that wounded four people Sunday morning in the Tremé area.

According to the New Orleans Police Department, first district officers responded to the 1600 block of Iberville Street, at around 4:40, on a call of aggravated battery by shooting.

When police arrived they found the victims suffering from gunshot wounds:

#NOPDalert: The NOPD is investigating a homicide that occurred earlier this morning in the 1600 block of Iberville St. Initial reports show four victims sustained gunshot wounds and were transported to the hospital. A juvenile male was pronounced dead at the hospital. pic.twitter.com/06kVQvhsv6

All victims were transported to University Medical Center where the 15-year-old male later died from his wounded. NOPD posted hours later to Twitter, that the other three victims have been listed in stable condition.

According to our partners at The Times-Picayune | New Orleans Advocate, a 15-year-old boy was arrested after police said he told his family about the shooting and tried to leave town.

The article states that a relative called 911 and police went to the Hollygrove home to detain the teen. He has not been charged as of now.

The other three victims are currently listed in stable condition. The initial call was received around 4:40 a.m. The incident was later confirmed as a homicide. No further details are currently available. pic.twitter.com/8DRnTY9xx2

The Orleans Parish Coroner's Office will release the official cause of death and the victim's name once an autopsy is done and the family is notified.