"My nephew was taking up for an older black lady and they told him to leave. They put he was escorted out, but he left willingly," Crockett said. 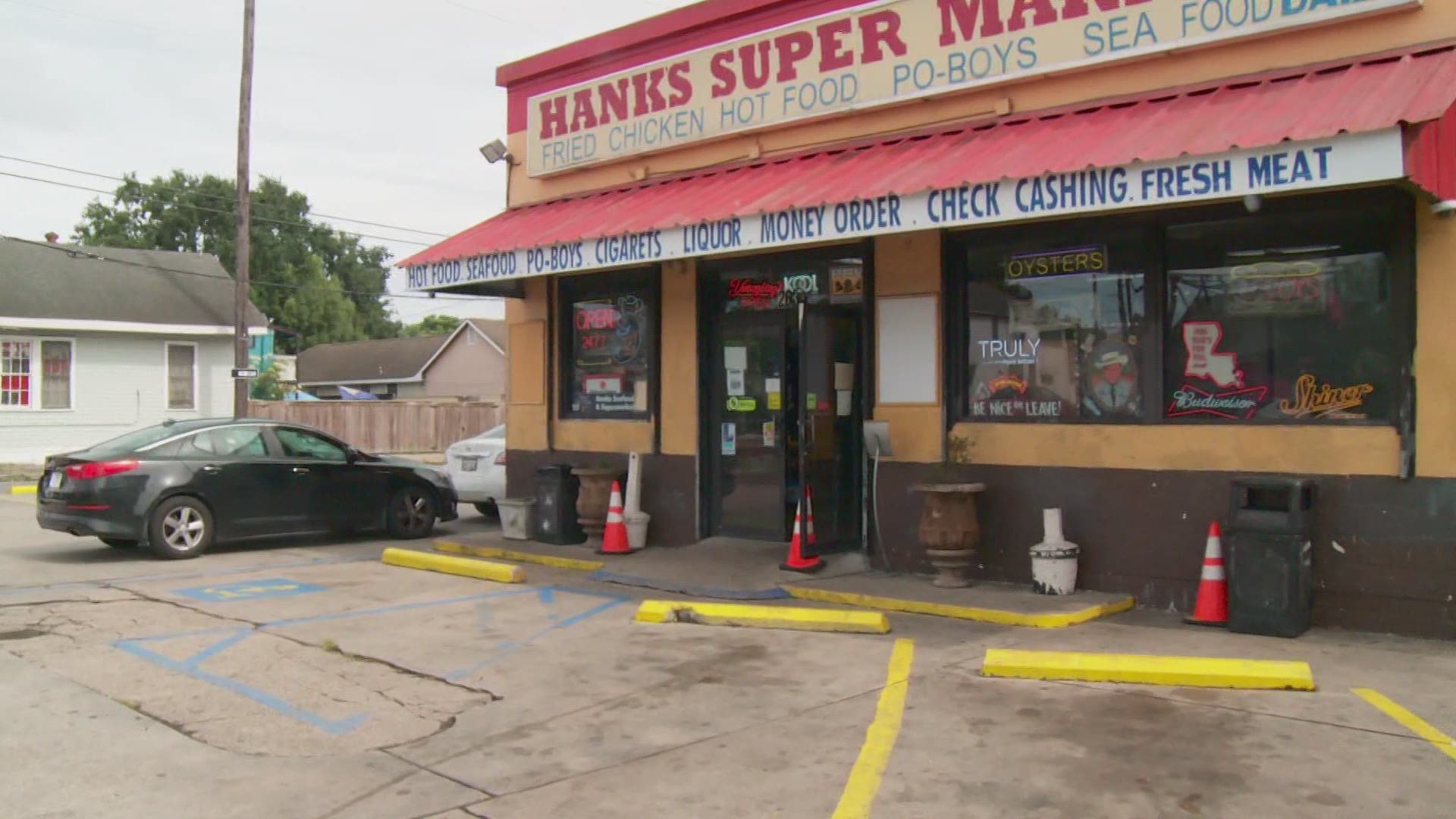 NEW ORLEANS — A 24-year-old was killed outside Hank's Seafood and Supermarket on St. Claude Avenue last fall. Now, that store is being fined for hiring an unlicensed security guard last week. The store owner said he hired the guard because he fears for his family and employees in the aftermath of that shooting.

The family of 24-year-old Corey Garrison and the New Black Panther Party, plan to continue protesting outside the store where an employee said he shot and killed Garrison on October 30.

NOPD said the fatal shooting was justifiable. According to police, Garrison had an altercation with an employee inside the store. The employee told us he asked Garrison to leave.

Garrison's uncle, Larry Crockett, was there.

"My nephew was taking up for an older black lady and they told him to leave. They put he was escorted out, but he left willingly," Crockett said.

NOPD said once outside, Garrison pulled out a gun and pointed it at an employee. Another employee then allegedly shot Garrison.

"I just want to see the evidence they saw to rule it out as justifiable," Garrison said.

His mother said she has not seen the security footage. An employee at Hank's showed us that footage but did not release it. In the video outside, you can see what appears to be Garrison's hand pointing an apparent gun at an employee. That's when another employee told us he shot Garrison to defend that employee.

"I know what I saw. I feel like they should release the inside video too," Crockett said.

Saturday, Hank's was issued a $20,000 fine by the Louisiana State Board of Private Security Examiners for hiring an unlicensed security guard named Michael Foster. A store employee told us Foster worked outside the store one day, June 15, because he fears for his employees and his family's safety. The employee we spoke with said he didn't know Foster didn't have a valid license to offer security services. He's no longer working for them. The employee worries these armed protests could turn violent, as Garrison's family plans to continue until they have more answers.

"We're moving forward so this wont happen again to another family that’s our biggest thing trying to prevent and get some justice," Garrison said.

The employee we spoke with said he is not opposed to releasing the video at some point, but he won't now because he said it is in NOPD's hand and his attorneys are asking him to hold off.