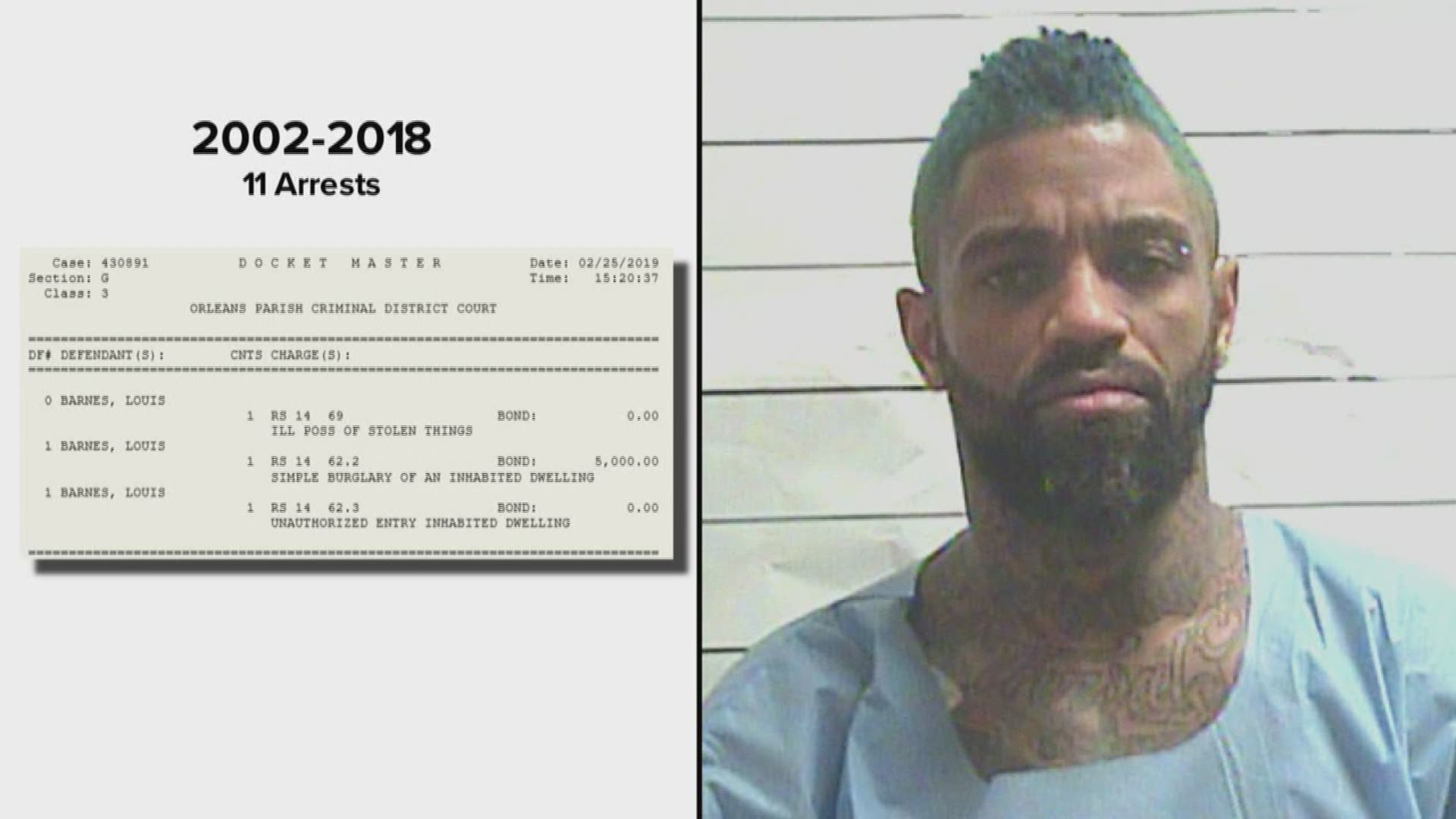 In their warrant into the incident, police write that a witness saw Barnes then pull the guard's gun from him. Detectives also watched footage from one of the city's crime cameras and said they saw Barnes chase the guard into the restaurant and then back out onto the street.

The video then reportedly shows the guard and 36-year-old Julie Couvillon, a bystander walking by, fall to the ground. 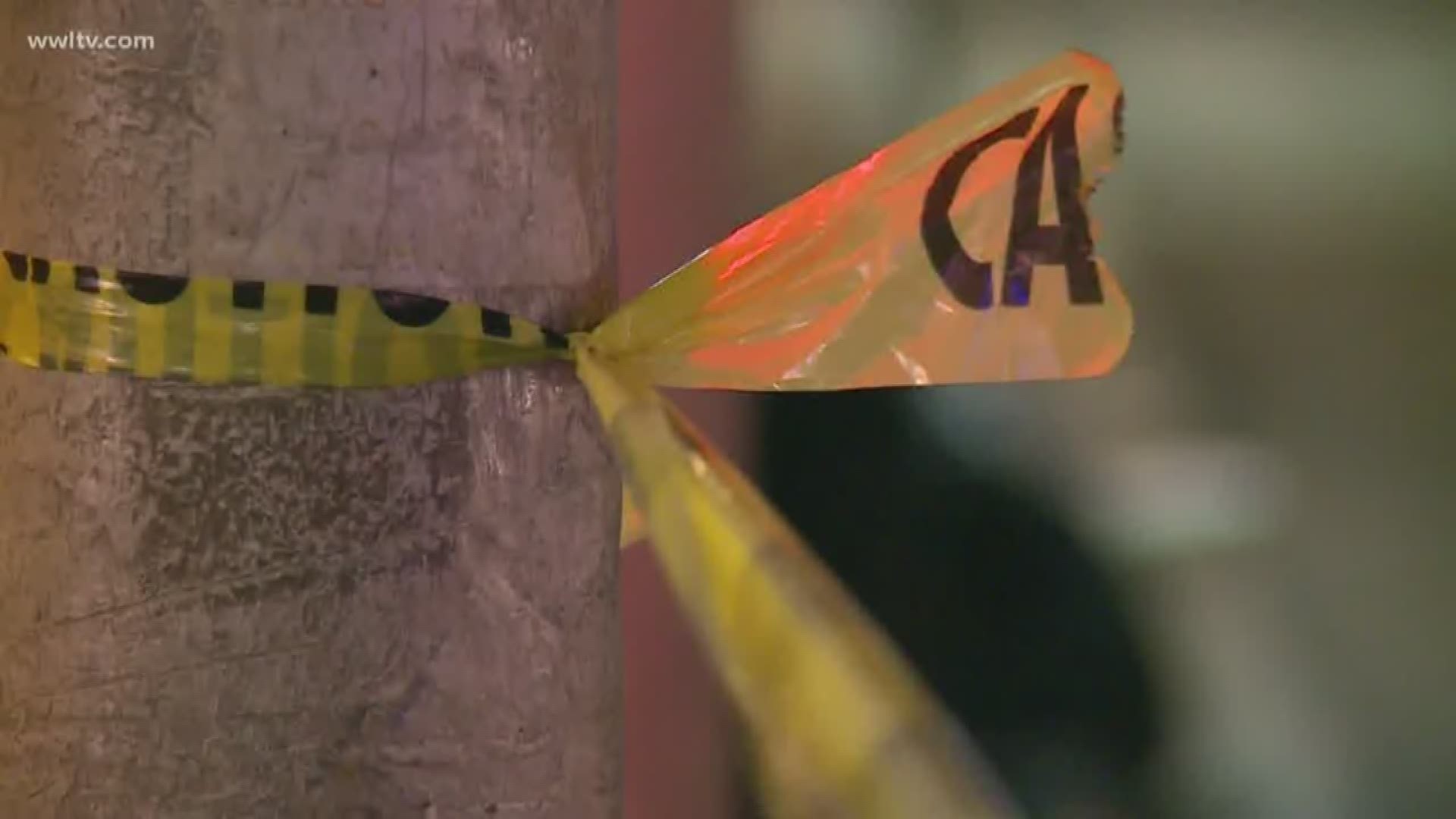 RELATED: 'She had that trusting, loving way about her;' Woman remembers Julie Couvillon

"The question is, what crime, if any was he committing in the bar and if, in fact, that crime is enumerated in the second-degree murder statute," Foret said.

Barnes is already fighting claims by police. During a court hearing Sunday, his public defender said Barnes was shot first and did not intend to kill Couvillon.

Louis Barnes was no stranger to the criminal justice system when police arrested him early Sunday after he allegedly shot a security guard on Bourbon Street and killed Couvillon, an innocent victim, as she walked along the 400 block about 3:15 a.m.

Court records in Orleans and Jefferson parishes show a long rap sheet for the 37-year-old man -- one that began in 1999 when he was just 17 years old.

That first arrest was for battery on a teacher. Prosecutors dropped the charges, but it would not be the last time he would find himself in trouble.

He was arrested 11 times between 2002 and 2018. He was first convicted in 2003 when he was found guilty of unauthorized entry and illegal possession of stolen things.

He would be sent to prison another five times between 2004 and 2015 for charges ranging from possession of marijuana to carnal knowledge of a juvenile.

Barnes was due in court Monday after he failed to renew as a sex offender. That conviction happened after he admitted to having sex with a 15-year-old girl in Jefferson Parish.

RELATED: 1 dead, 3 injured in shooting on Bourbon St. after suspect gets gun from security guard