Around 2:45 p.m, NOPD said they received a call that a hit and run suspect was at the hotel and responded. 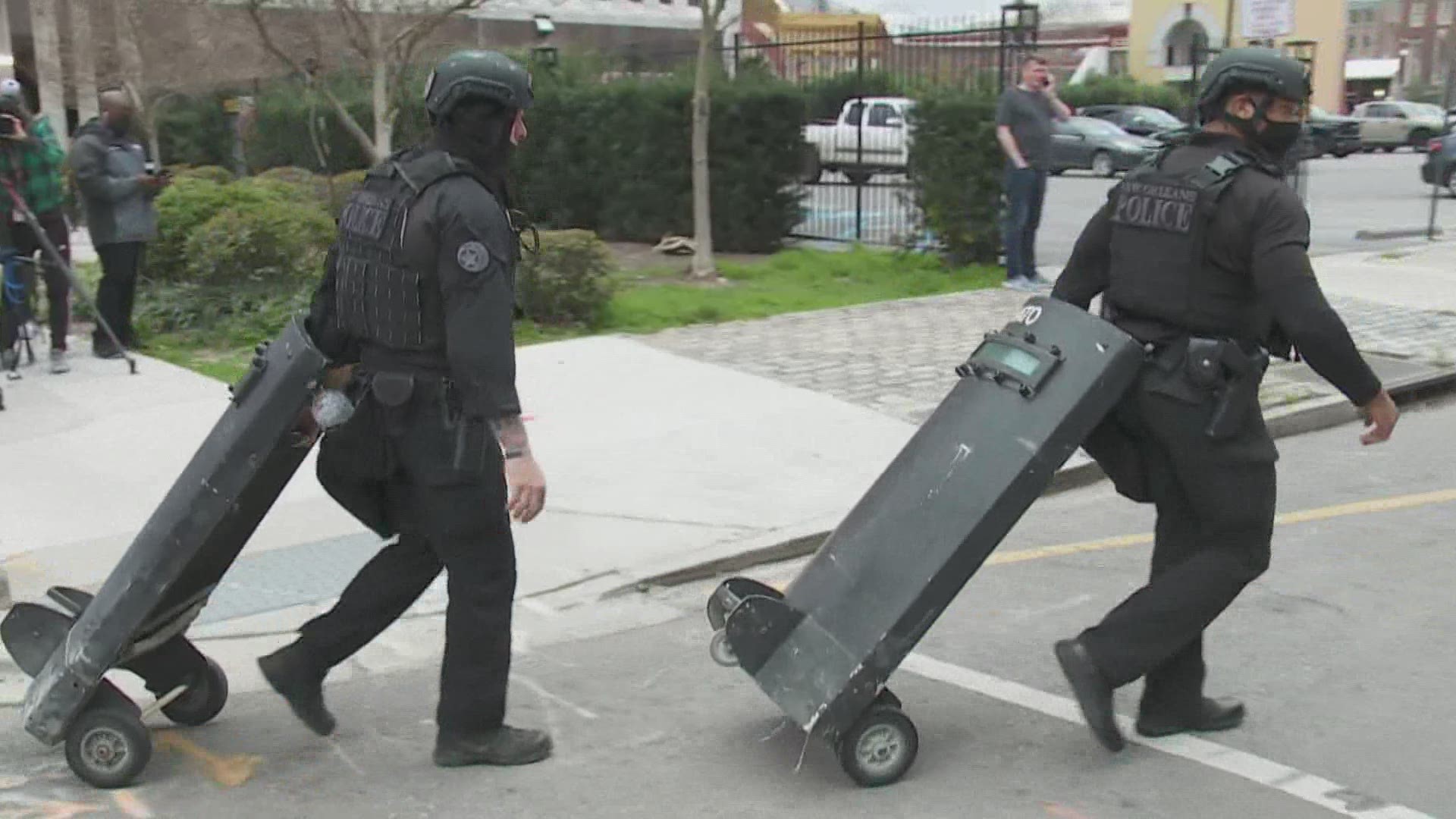 NEW ORLEANS — A suspect is dead after a standoff with New Orleans police and SWAT team Friday, at the Old No 77 hotel on Tchoupitoulas Street

Around 2:45 p.m, NOPD said they received a call that a hit and run suspect was at the hotel and they responded.

When police got there they knocked on the suspect's door, the man opened it with the latch still on and NOPD said they saw a gun and called SWAT.

HAPPENING NOW: It appears the standoff at Old No 77 has come to a conclusion. We are live in minutes on @wwltv pic.twitter.com/1ysUQFAQ9o

Guests were evacuated from the building as the stand-off went on.

At around 9:15 p.m. the bomb squad sent in a robot after losing contact with the man for 2 hours.

NOPD breach the door, and found that he had shot himself in the bathroom.

At around 9:50 p.m. EMS rolled the man out of the hotel on a stretcher but he later died at the hospital.

There is currently no description of the suspect.

NOPD will provide details of the standoff at a later date.