Thief steals $600 worth of crawfish from delivery truck

When making a delivery to North Broad Seafood on Broad Street near St. Bernard Avenue, four 40-pound sacks worth a total of $600 were stolen. 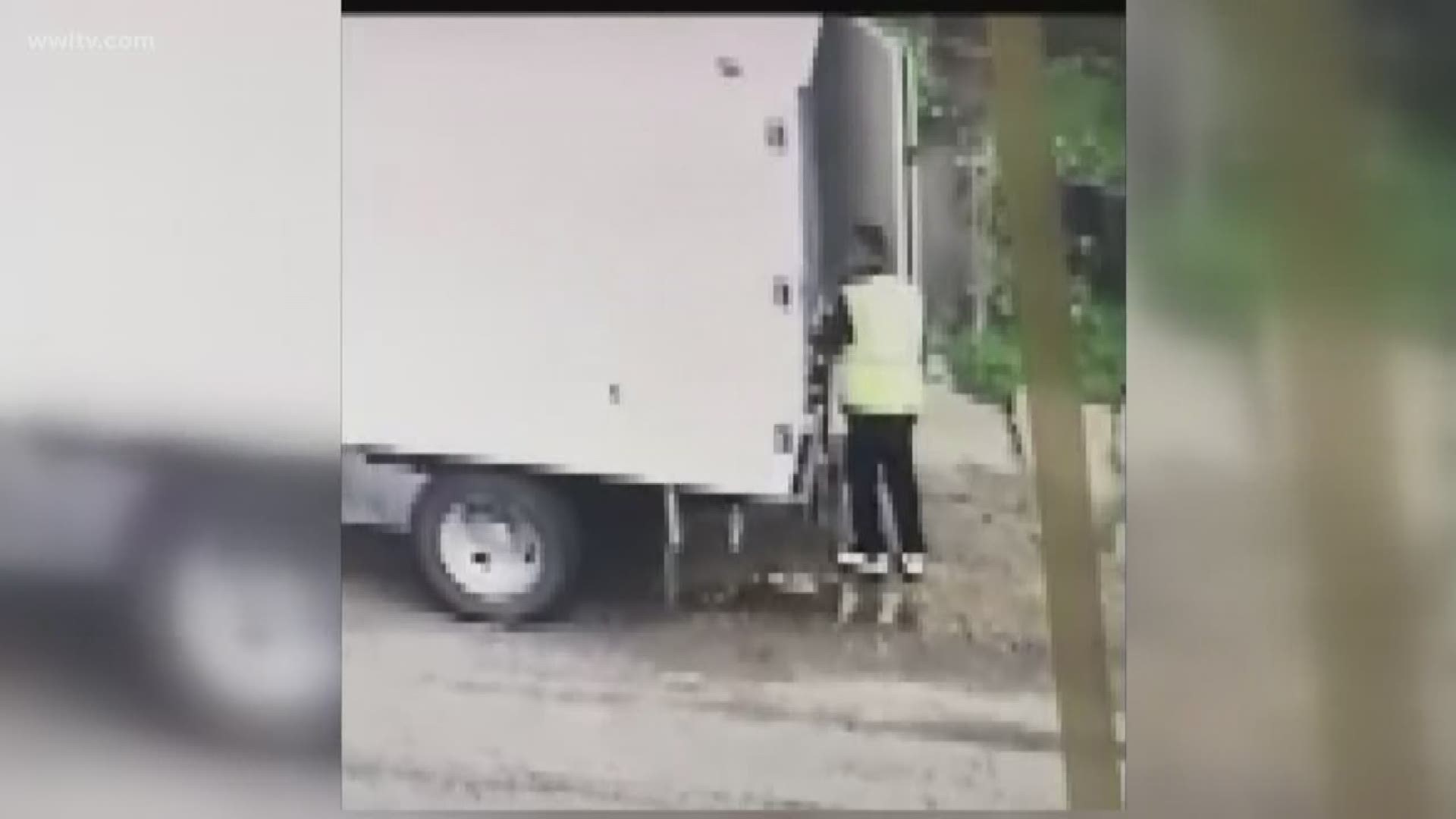 NEW ORLEANS — Police need your help to find a thief of a crime that most likely could only happen in Louisiana at this time of year.

For the second time in a few years, someone stole multiple pounds of crawfish from a local seafood place, and it was all caught on video.

Darrel Berthelot makes an honest living. Beginning at 5 a.m., for 10 hours a day, he travels from Southwest to Southeast Louisiana, picking up crawfish from the docks and farms, to deliver the sacks throughout New Orleans, for boiling and pinching. However last Friday, when making a delivery to North Broad Seafood on Broad Street near St. Bernard Avenue, four 40-pound sacks worth a total of $600 were stolen.

The business's surveillance video caught the thief in the act.

"Been doing it a long time. That's the first time. Kind of shocked me at first there for a little while, you know," said Darrel Berthelot of D.J. Berthelot and Son Seafood in Bayou Pigeon, Louisiana.

His normal, quick delivery routine was broken. When the seafood store had trouble opening the front shutter, he went to help, stepping away from his truck for 30 minutes without locking it. When he came back, he noticed half of the store's order was gone. The store manager says he could tell Berthelot was upset.

"Yeah, he was like, 'That's money.' That's his livelihood they stole from him," said D. Nguyen, Manager of North Broad Seafood.

In 20 years, this is the first time this happened to Berthelot, but not to North Broad Seafood.

"I had another guy, he parked out in front, and then a guy on the bike took, took a couple of sacks of crawfish too," said Nguyen about a theft a few years ago.

"You got bad people in the world, you know what I'm saying? Can't judge everybody by that," said Berthelot.

But he says there are good people too. North Broad Seafood offered to pay anyway, grateful for Berthelot's time and help with the broken front door shutter.

It's an only in Louisiana crime that will have this victim being more careful next time.

If you know who the person is in the video or anything about the incident, New Orleans Police ask that you call Third District detectives at 504-658-6030 or Crimestoppers at 504-822-1111.