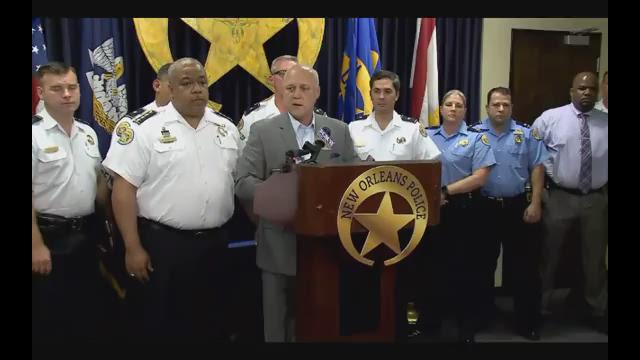 NEW ORLEANS – A third victim has died due to a shooting in Mid-City that injured multiple people in the early morning hours Saturday.

The shooting happened at a large gathering in the 3700 block of Tulane Avenue around 12:30 a.m. Saturday. Five people were hit by gunfire in that incident.

The Mid-City shooting was the beginning of the most violent 24 hours the city has seen this year.

According to preliminary information from the New Orleans Police Department, victims were wounded at the following locations:

"In order to change the culture of violence in this city we're going to have to change who we are, how we are, and how we act," said Landrieu. "And I'm talking about from house to house, from neighborhood to neighborhood, from church to church, from community to community. Because if we don't change the culture and the things that actually create violence, the police officers are going to continue to have as much work as they have today."

Harrison said units who responded to Saturday morning's shooting were within earshot and deployed to the immediate area.

"We're committing more overtime in the first district to continue to expand their presence on the Tulane Avenue corridor," said Harrison.

Harrison added the department has canceled all non-mandatory training in order to focus its manpower towards violent crimes.