“I see some guy put gasoline on a white truck, right there,” the neighbor said. “After he put the fire on there, he go running.” 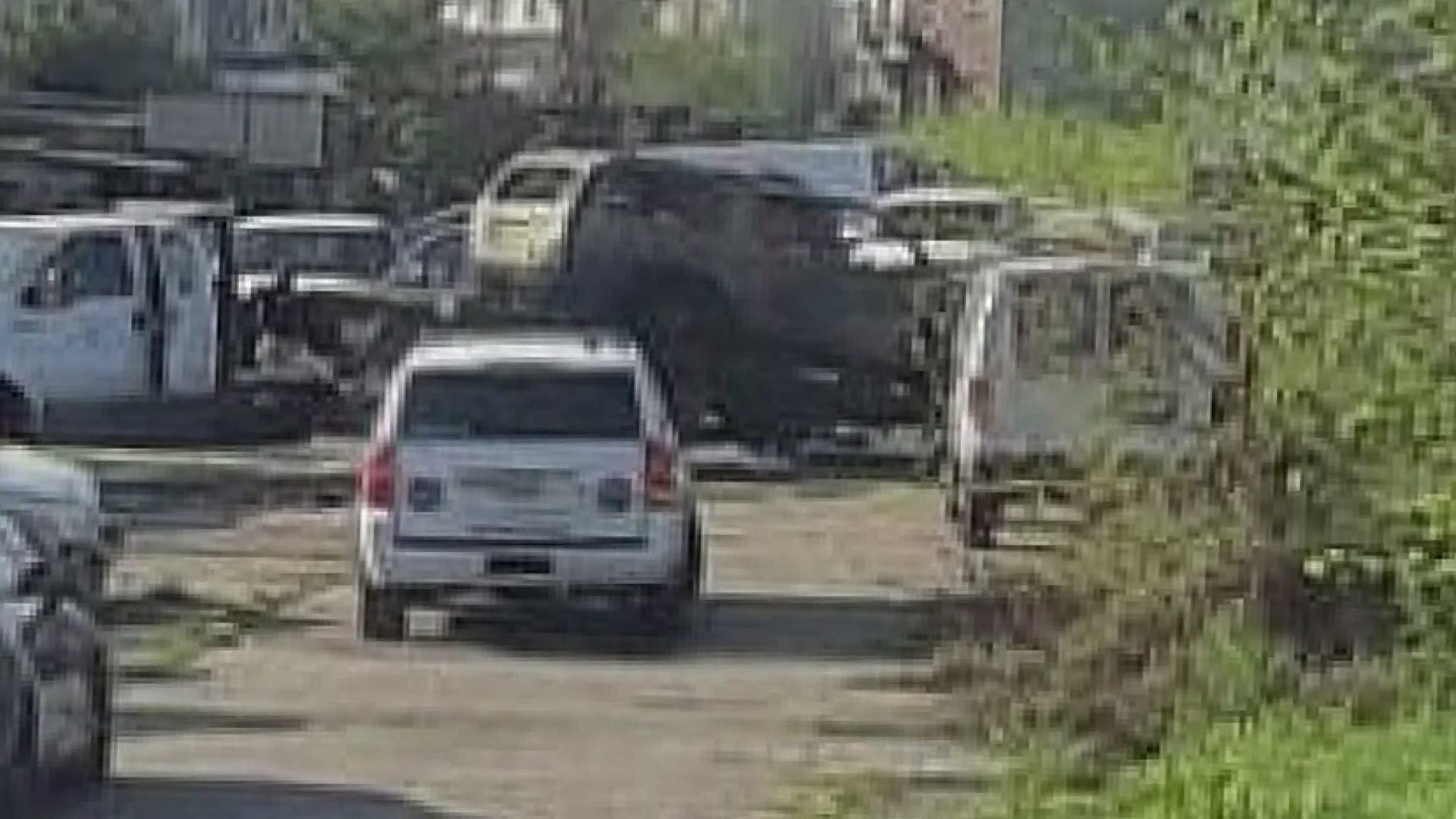 NEW ORLEANS — New Orleans firefighters put out a car fire in Algiers overnight and found a dead body inside.

A witness reported a Chevrolet Suburban on fire in a rear parking lot in the 100 block of Pinewood Court Tuesday around 4 a.m.

An NOFD spokesman said it took firefighters about 20 minutes to extinguish the blaze and that’s when they located the body in the back seat of the vehicle, charred beyond recognition.

The spokesman told WWL-TV, “This fire was no accident.”

A neighbor was just getting home from Houston when he saw a man lighting the vehicle on fire.

“I see some guy put gasoline on a white truck, right there,” the neighbor said. “After he put the fire on there, he go running.”

The witness says it wasn’t long before the burning vehicle exploded.

New Orleans firefighters put out a vehicle fire in Algiers this morning and found a dead body in the back seat. A witness told ⁦@WWLTV⁩ he saw a man putting gasoline on the vehicle and lighting it on fire. pic.twitter.com/0zOX1avmPe

The neighbor said his wife called 911.

According to the neighbor, his wife told the operator, “You need to come here. I don’t know if somebody’s in the car. That’s what she said.”

New Orleans police are now investigating the suspicious vehicle fire and what the NOPD is now calling an “unclassified death.”

WWL-TV spoke with another neighbor who lives on Pinewood Court.

He says lately there’s been a lot of crime throughout the city.

“I’m just scared to hear that happened,” the neighbor said. “Whoever the person was, my condolences go to the family. Other than that, this city’s got to get it together, man.”

The NOPD declined to release any additional details at this time.

Firefighters were able to put out the fire before flames spread to a nearby apartment complex.