The boy sustained a gunshot wound, but authorities gave no specifics about the shooting. 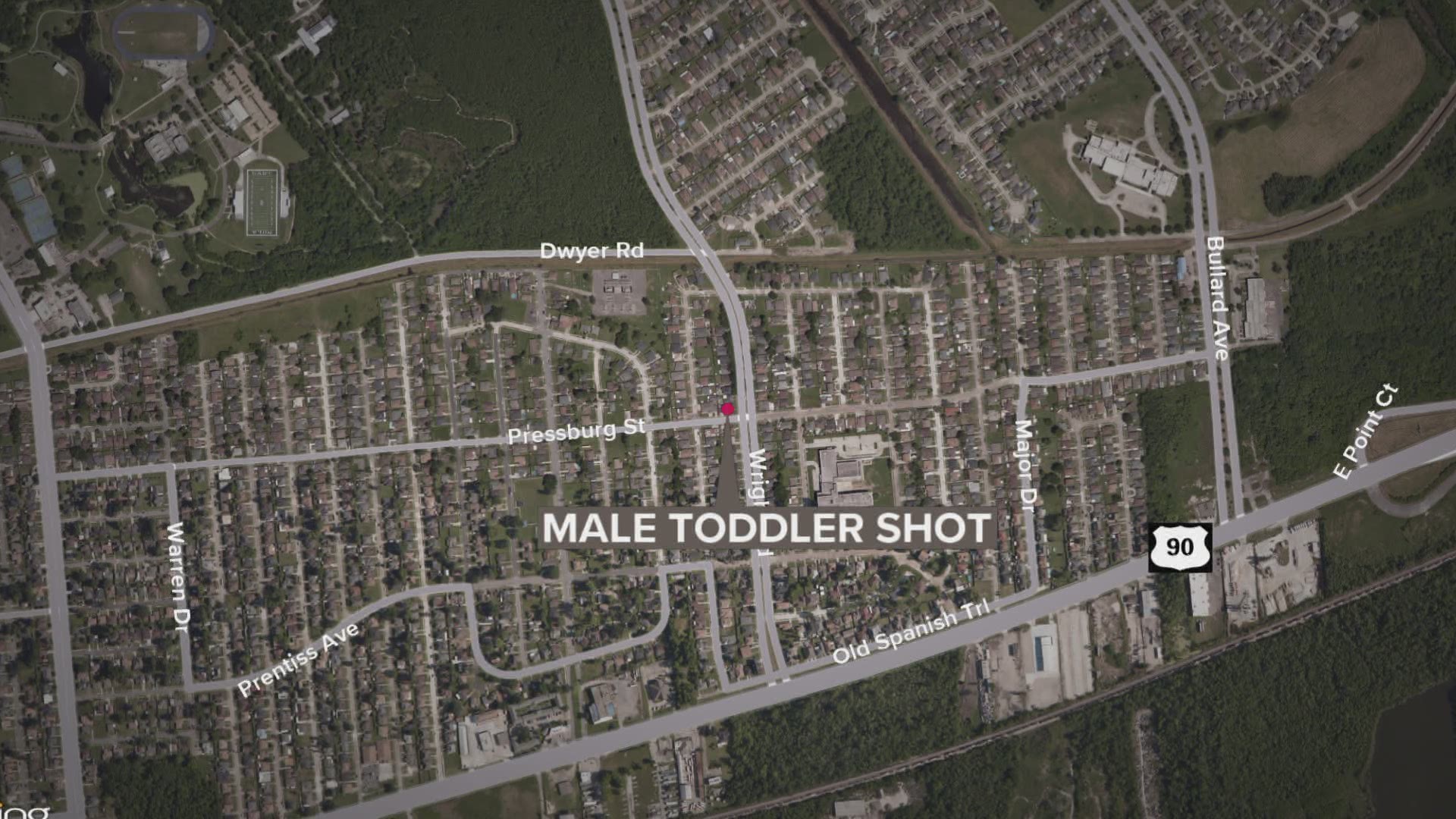 The shooting took place in the 4900 block of Wright Road around 8:40 p.m. Friday, according to the NOPD.

The boy sustained a gunshot wound, but authorities gave no specifics about the shooting.

In the police department's daily report to media outlets about major crimes, the suspect in the shooting is listed only as a "known female juvenile," meaning that police know the suspect's identity, but are not releasing it.

It is likely that the NOPD is keeping details of the shooting private because of the ages of the suspect and victim. Because both are under 18, there are restrictions on how much information can be disclosed about crimes involving them.

The toddler's condition is unknown. He was taken to the hospital in a private vehicle.