Too much bloodshed: New Orleans leaders address safety after shootings

City police officials they do not believe the weekend's multiple shootings were related. 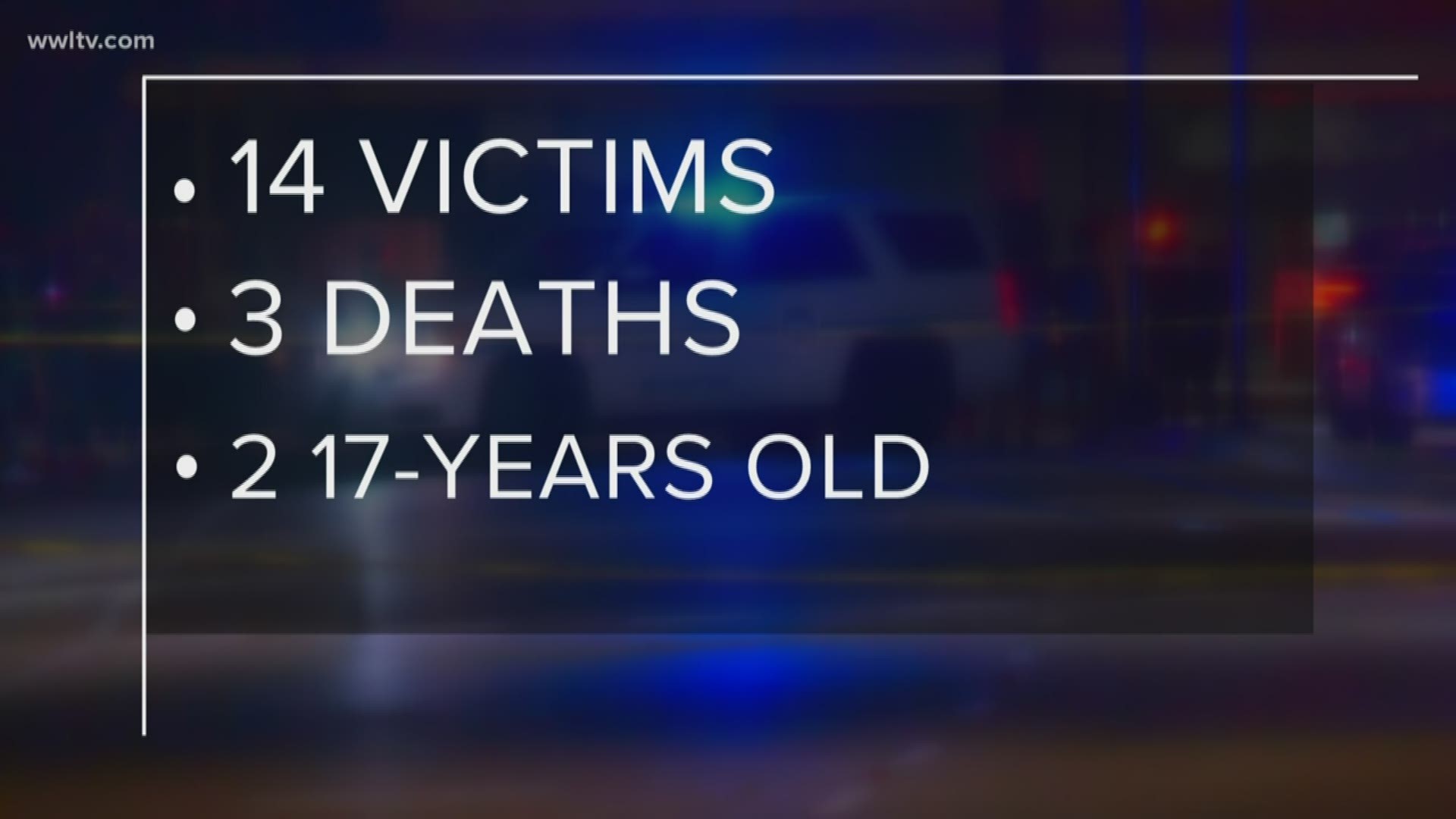 NEW ORLEANS — In a city that has seen too much bloodshed, the latest wave of violence came quickly. At least 14 were people hit people by gunfire in New Orleans over the weekend. Three of them died. Two victims were just 17-years old.

"It rocks you, but we respond. Unfortunately, we cannot control the actions of others but when our people are put in a vulnerable situation, the New Orleans Police Department responds and I was there as well,” said New Orleans Mayor Latoya Cantrell.

The coroner's office on Monday identified three victims. 17-year-old Cornelius Smith died Friday night after a shooting near City Park Avenue and Canal Boulevard. 17-year-old Melvin Noah was killed in a separate shooting on Friday in the 3400 block of Louisa street. Also on Friday, in New Orleans East, 37-year old Jerome Curtis was found shot to death in his car.

"This past weekend was an anomaly. This was truly out of the norm. You know, we had these six different incidents, as many as 12 to 14 individuals shot, three of which are deceased, but we do not believe any of these incidents are related,” said NOPD Superintendent Shaun Ferguson.

If the number of murders is the true standard of safety, then the city of New Orleans is safer compared to previous decades. Last year, there were 146 murders, its lowest murder rate since the early 1970s.

Earlier this summer, the mayor unveiled what she called a generational plan to reduce gun violence. It's a long-term approach to a threat, that as we saw this weekend, can strike at any time.

On Monday, Chief Ferguson said his officers were chasing down leads but at that point no suspects have been named and no one has been arrested.

That changed on Tuesday, when police announced they had arrested an 18-year-old in connection to the Mid-City shooting.