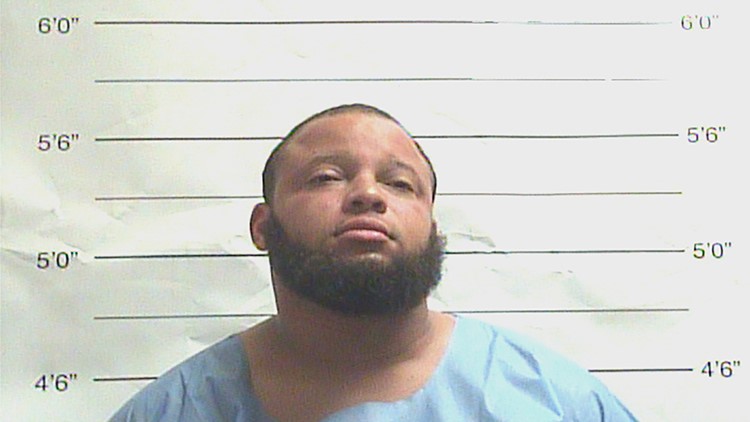 NEW ORLEANS — The driver accused of killing two people and injuring 7 others in a crash on Esplanade Avenue admits he was drunk that night.

Toney's attorney Ralph Walen told the judge he would stipulate that his client was intoxicated and caused the deadly crashes in March. But, Whalen and prosecutors did not agree on Toney's blood alcohol concentration.

The test on Toney's blood, drawn 5 hours after the crash registered a BAC of 0.14. Louisiana's legal limit for drivers is .08.

New Orleans Police traffic fatality investigators have scientifically estimated that Toney’s BAC was 0.215 at the time of the incident. At that level, the vehicular homicide charges now pending against Toney would be enhanced as crimes of violence. The charge would carry a 5 to 30-year jail sentence if convicted and Toney would have to serve at least 75 percent of the sentence.

Whalen told Judge Laurie White, there is no science that can prove Toney's alcohol concentration was above 0.20.

During Thursday's hearing, prosecutors confirmed there is video evidence of Toney that will show he was extremely intoxicated. Police say Toney crashed his 2018 Camaro into the neutral ground at the end of a five-block path of destruction along Esplanade Avenue around 8:15 p.m., on March 2. That was shortly after the Endymion Mardi Gras parade passed nearby.

Sharee Walls, 27 of New Orleans and David Hynes, 31 of Seattle were both killed at the scene. Seven other's were seriously injured when the car swerved into the bike lane, mowing down the cyclists.

There was some hope, going into Thursday's hearing that both sides could agree on the facts of the case and Toney would enter a plea.

That didn't happen, now the trial is set for October 17. A pre-trial hearing was also set for August 26, the original trial date.

Toney remains in the Orleans Parish Justice Center. His bond is now set at $510,000

WWL-TV reporter Paul Murphy can be reached at pmurphy@wwltv.com;