“I think I’m still trying to soak it all in,” Steib said Wednesday afternoon, just hours after learning she was pardoned from her criminal past. 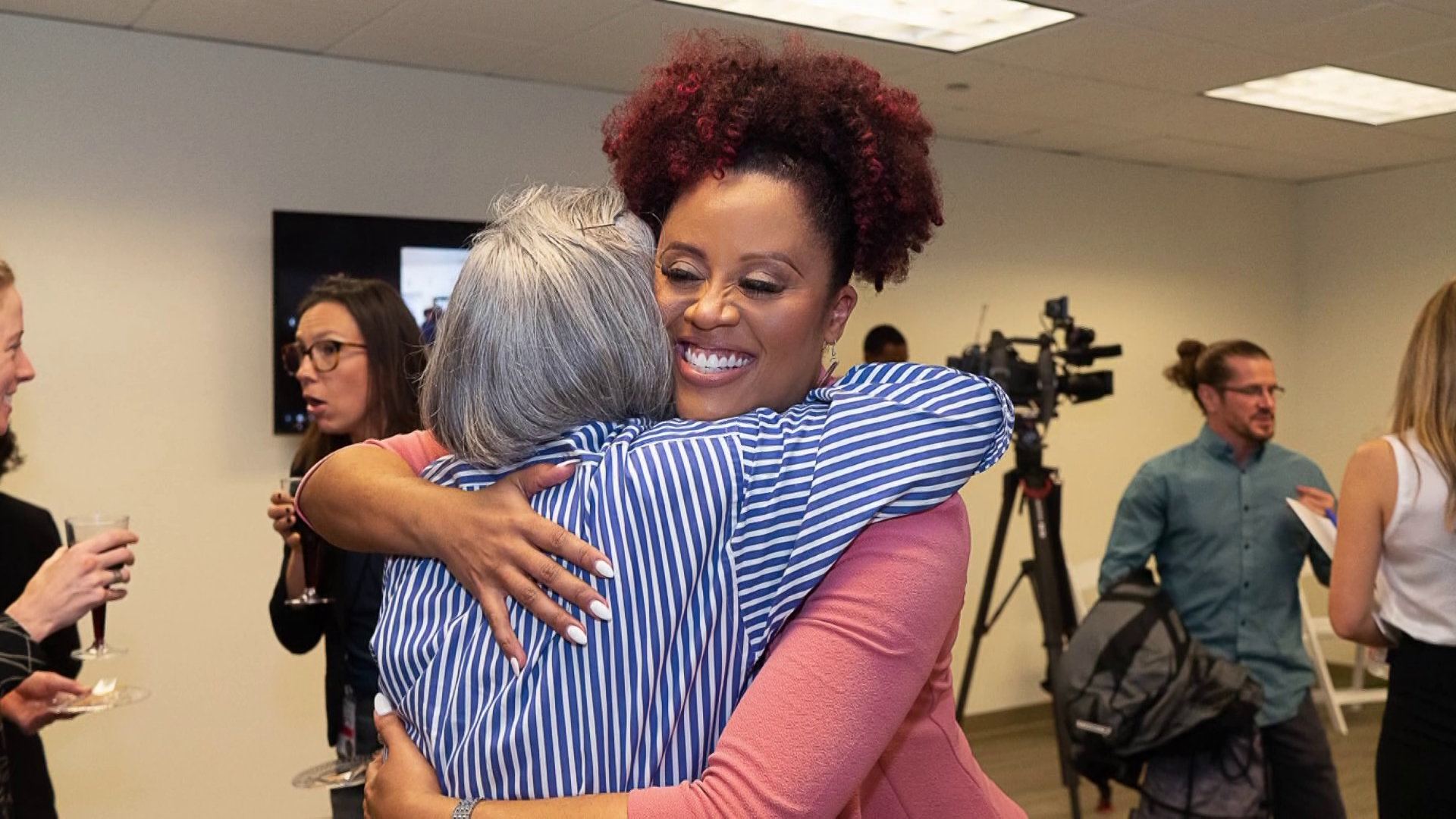 NEW ORLEANS — Former President Donald Trump issued a late-night pardon to a New Orleans criminal justice advocate who was jailed as a teenager.

Now, the mistake that's haunted Syrita Steib for 20 years is officially a part of her past.

“I think I’m still trying to soak it all in,” Steib said Wednesday afternoon, just hours after learning she was pardoned from her criminal past.

“Really, really thankful to God that he can use any vessel to bless you,” Steib said.

Steib is the founder of Operation Restoration which helps incarcerated women transition into society through education, housing, and job help. She knew the roadblocks because she faced them herself.

“From actually growing up in prison and being released, there weren’t really a lot of services in New Orleans and I felt like women were forgotten about and they weren’t talked about,” Steib said.

In 2000 at 19 years old, Steib was convicted for stealing cars and burning down a car dealership in Texas. She was sentenced to 10 years in federal prison, 20 years in state prison, and $1.9 million in restitution. She was released in 2009.

“School was one thing that I really excelled in so when I got arrested, I had a full scholarship to Xavier in physics and engineering and I also was in the military and when I got out, I just knew I needed to go back to school,” she said.

Steib graduated from LSU Health and Science Center in 2014 but initially struggled to get into college. That's why she helped pass the 'ban the box' bill in 2017 so colleges and universities won't ask applicants about their criminal history.

“We have a goal of getting it passed across the country,” she said.

She's served her prison sentence, but this pardon relieves her of paying nearly $2 million in restitution.

“For me, it’s truly about moving past a mistake I made at 19, 20 years ago and not having it to haunt me every day,” Steib said.

Steib said this is a fresh start.

The presidential pardon only applies to federal cases. Steib is still challenging her conviction in Texas for the same crime. She plans to continue her work to help incarcerated women transition into society.