Gabriel says the party inside a gathering hall was peaceful until a fistfight broke out. It spilled onto the street. Soon after is when they heard gunfire. 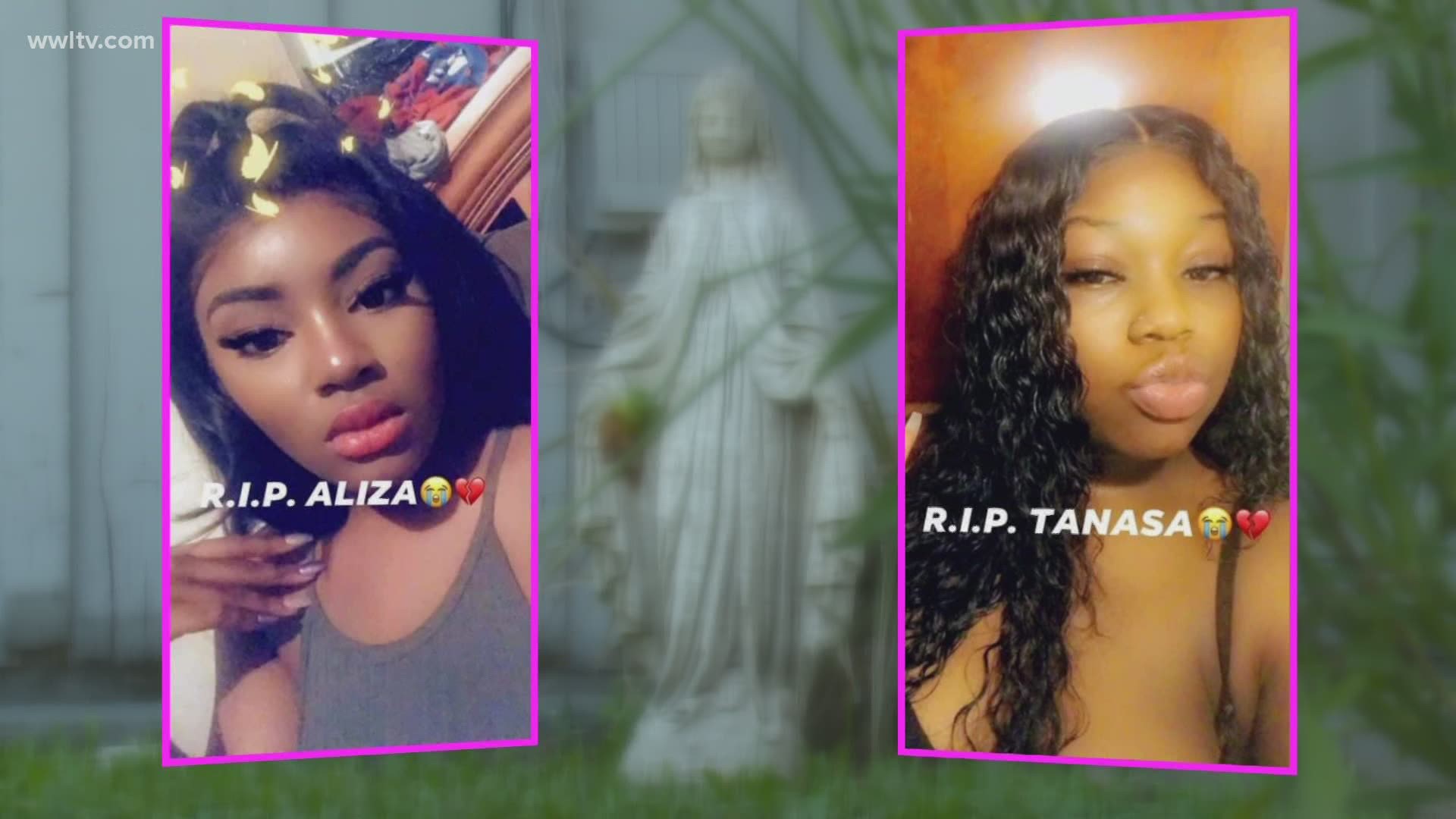 RACELAND, La. — Investigators in Lafourche Parish are searching for a suspect in a double shooting that killed two innocent bystanders.

It happened shortly after midnight on Sunday in Raceland, but Trina Gabriel says the trouble started before. It was late Saturday night.

Gabriel says she was serving drinks at a party in the 700 block of St. Louis Street in Raceland.

“I actually did a couple of live videos because they were enjoying themselves so much,” said Gabriel.

Gabriel says the party inside a gathering hall was peaceful until a fistfight broke out. It spilled onto the street. Soon after is when they heard gunfire.

“I heard a lot of shooting and my grandson came running and said 'oh grandma, Tanasa is dead, somebody done shot Tanasa and Aliza, and they’re in the road dead,'” said Geneva Toussaint.

“I have lost so many people in my family, and now they took my granddaughters,” said Toussaint.

The family says the women were hardworking. Gabriel wanted to be a flight attendant and Francis was working two jobs to support herself.

Their aunt, Trina Gabriel, is in shock.

Lafourche Parish Sheriff Craig Webre says as his investigators tracking down video and leads, he needs help from those who were at the party.

“It’s disappointing that there were that many people there, and there are many people who know the identities of the persons involved and have video or information that could greatly enhance our ability to solve the case and they have not come forward," he said.

The girls' aunt says she’s calling on the community to help find the person responsible for killing her nieces.

“The beef between the different hoods, it’s ridiculous.  I’m talking about my community.  It’s time we come together as one,” said Gabriel.

Investigators are asking eyewitnesses or anyone with information, video, or photos from the incident to contact the Lafourche Parish Sheriff’s Office at 985-532-2808 or you can call the Bayou Region Crime Stoppers at 800-743-7433.

RELATED: Someone pulled the John McDonogh statue from the river, but where is it now?