Two NOPD officers arrested after fight with man in Mid-City

Rookie cops' claim that they were defending themselves is bogus, swift investigation finds 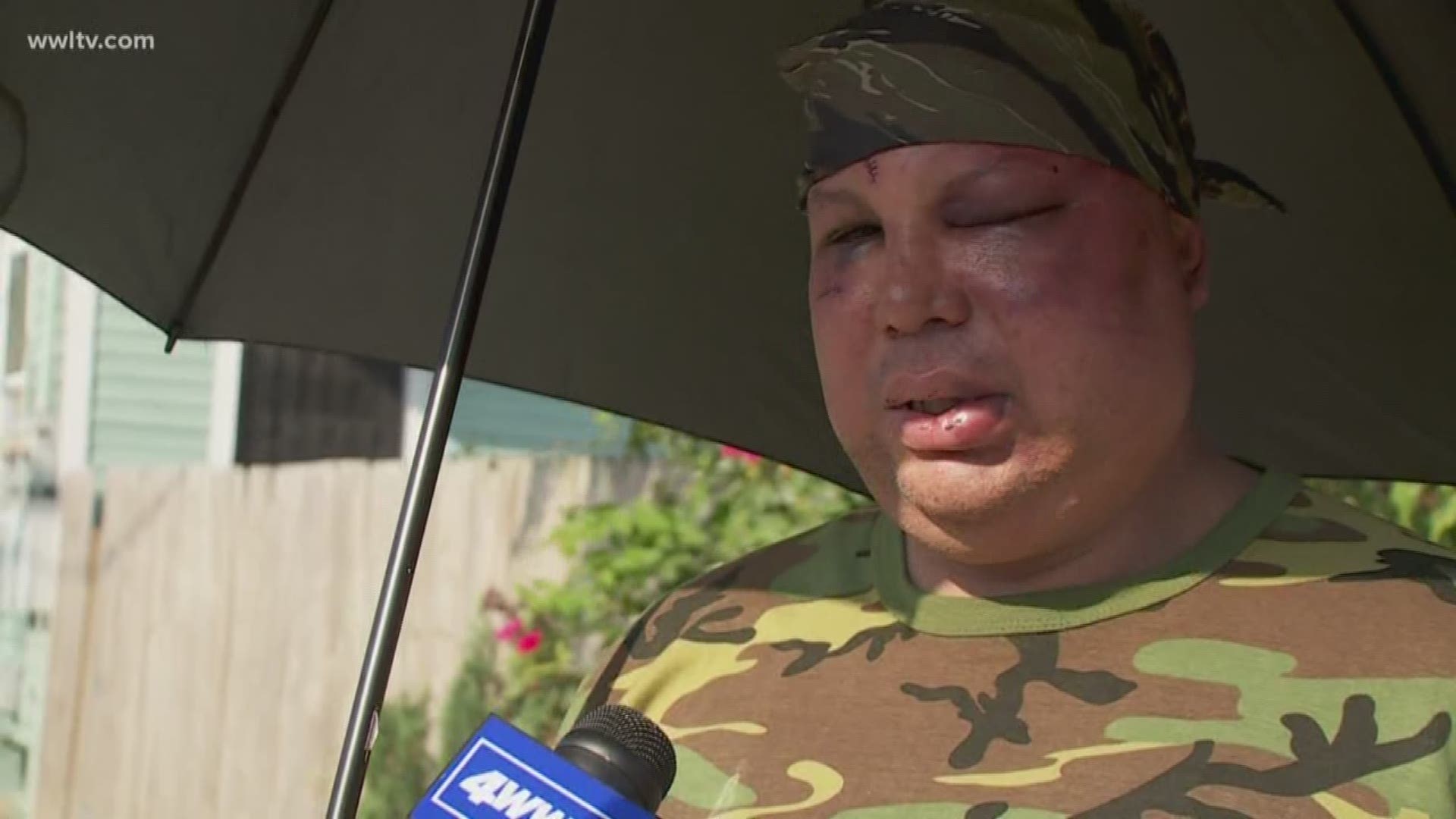 George Gomez’s face was swollen, bruised and dotted with scabs and stitches Tuesday, but there was a sense of relief for the Mid-City man when he got word that his alleged attackers had been arrested.

He said he was saddened, though, since those men were rookie New Orleans police officers, fresh out of the academy and still on their probationary period with the department.

Officers John Galman and Spencer Sutton, who were off duty at the time of the attack about 3 a.m. Tuesday, were booked on with simple battery in connection with Gomez’s attack.

The men had claimed earlier that they were defending themselves when they beat Gomez. But a swift internal investigation found their story was bogus, and police Superintendent Michael Harrison announced that the officers were also in the process of being fired.

“Members of our department are expected to comply with the law and adhere to the highest standards of professional conduct, whether on- or off-duty,” Harrison said in a prepared statement.

Gomez said Sutton and Galman began to argue with him at Mid-City Yacht Club, a neighborhood watering hole at S. St. Patrick and Baudin streets.

Gomez said the three got into an argument about prior military service since he wore a camouflage T-shirt and bandana. “They didn’t like the clothes that I was wearing,” he said.

Gomez said he’d seen Sutton and Galman at the bar before but they had never exchanged words.

That argument spilled outside as the bar closed for the night. Gomez said Sutton and Galman tried to keep him around to continue arguing with him.

Some of the details about what happened next were murky as Gomez recounted them.

Ultimately, he said, he returned home and a short time later tried to leave in his truck. But he said Sutton and Galman were nearby and stopped him in the middle of the road at Baudin and S. Murat streets.

He said he had no choice but to get out of his car and confront them.

“We are gonna kill you,” he recalled them shouting at him. The next thing he knew, he was being pummeled.

“It was a violent fight,” Gomez said. “It just took me by surprise.”

A neighbor said he heard Gomez screaming from down the street. “They just beat him in the head,” she said. “The whole neighborhood, I believe, heard it. You had to. He was screaming.”

Sources earlier told WWL-TV that Gomez followed the men from the bar in his truck and attacked them with a stick. He acknowledged having a cane with him that he uses to help him walk but said he only used it to try to stave off the attackers.

“I tried to defend myself, but I couldn’t,” Gomez said.

Gomez said he was pleased to hear the men were arrested and disciplined but he hoped for an apology from them.

The NOPD said that PIB investigators will continue their investigation to determine if Sutton and Galman should be booked on additional charges.

An attorney for the men, who graduated from the NOPD academy in December 2017, did not return a message Tuesday night from WWL-TV.