Lattimore was arrested because the handgun was allegedly stolen, according to Cleveland Police. 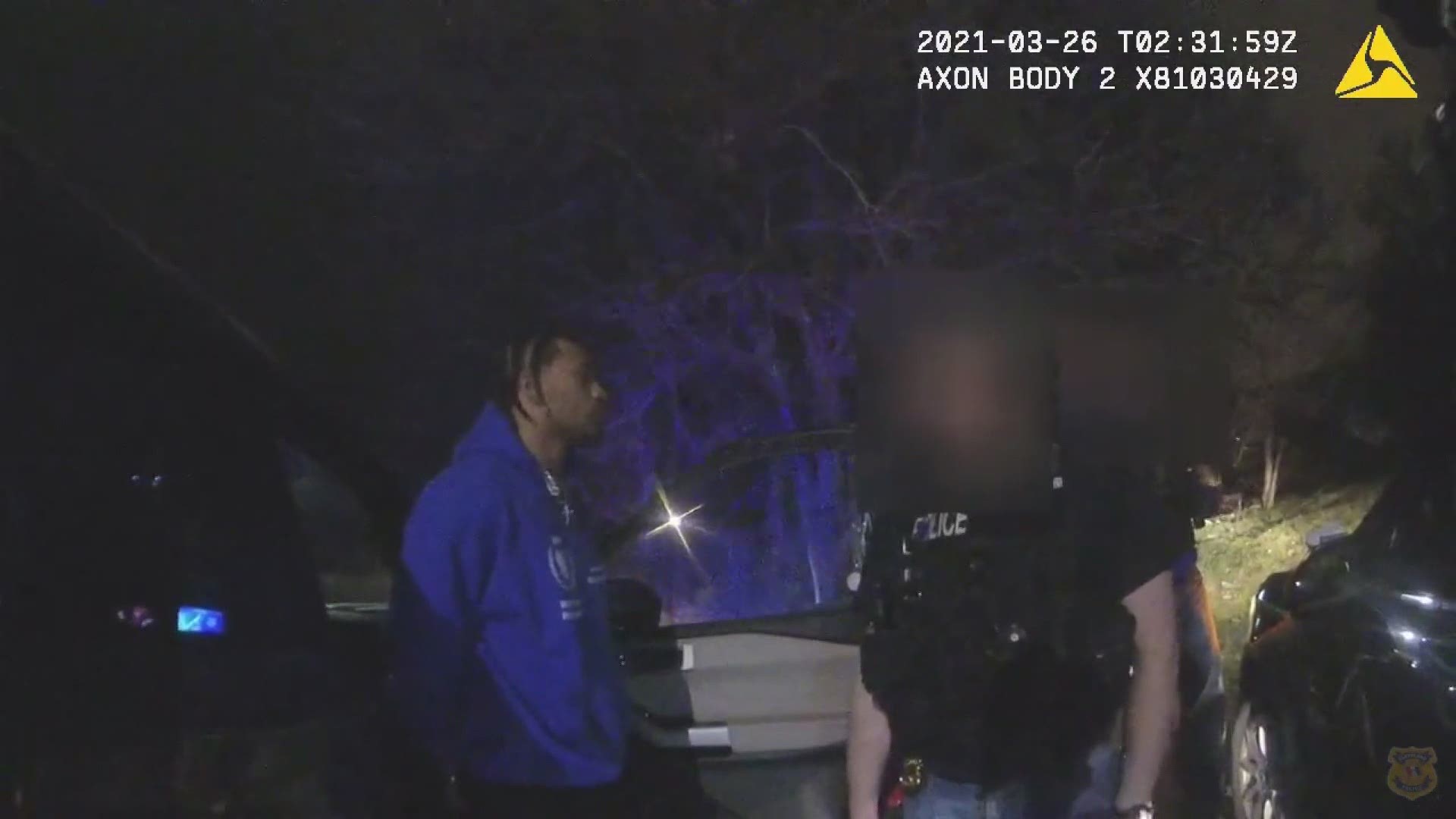 CLEVELAND — We are getting a look at body camera video of three-time pro bowl cornerback Marshon Lattimore being taken into custody last month when he was back home in Cleveland. The car Lattimore was riding in was pulled over by unmarked cars from Cleveland’s gang investigators unit after the driver allegedly committed several traffic violations, according to an incident report from Cleveland Police.

In the March 26th body camera video, Lattimore admits to having a loaded gun in his waistband about a minute into the encounter with the officers.

The officer then uses some choice words as he is removing the gun from Lattimore’s waistband.

“You are going to shoot your *expletive* off. Get yourself a holster, bro.”

Lattimore was arrested because the handgun was allegedly stolen, according to Cleveland Police. Lattimore was also arrested for failing to notify the officers about the gun even though he did tell them that he had a loaded gun in his waistband after they asked.

Like Louisiana law, Ohio law states if a person is stopped by police and the person is carrying a concealed handgun, they must immediately inform officers.

In the video, the officers’ demeanor seems to quickly change once they realize Lattimore plays for The Saints.

Lattimore wasn’t the only one taken into custody. The driver and two other passengers were also arrested on gun-related charges. Lattimore was out on a $5,000 bond two days after his arrest. Lattimore was charged for the allegedly stolen gun, but he was not officially charged with failure to notify even though he was arrested and booked for the offense, according to NOLA.com.

The Saints and Lattimore’s lawyer did not get back to WWL for comment.